First things first: Kendall Jenner, she of the impossibly glossy locks and unnaturally toned abs, is actually decidedly uncool, because her friend squad has a name, and that name is the Super Natural Friend Group. Actually, it’s possible that it’s called the Supernatural Friend Group, but the former is how it’s styled according to Allure, which dragged the name out of her.

“This is going to sound really, really lame, but we all call ourselves the Super Natural Friend Group because we all have such cool individual lives and we’ve been dreaming about them since we were so young,” Kendall said of her girl squad, which includes Gigi Hadid, Cara Delevingne, and Hailey Baldwin, and not Taylor Swift, who seems to own the patent on #GirlSquads, or at least think she does.

In terms of what happens within that ultrachic friend squad, Kendall said it’s all in the stars. “I’m a Scorpio, so I stick to people,” she said. “If I love you, I love you. If I don’t like you, you’re screwed.”

You’re also screwed if you have an unhealthy obsession with your phone. (Not naming any names, but—Kylie Jenner.) “I find it offensive if you’re with someone at a dinner and they’re just sitting on their phone the whole time,” she said. “I take that personally. Like, am I not interesting enough for you to talk to me? It’s so crazy because even though we talk about trying to be present, everyone wants to be in the future now.” Kendall shouted out lyrics to a James Blake song of the same sentiment in June, which is “also her mantra,” according to Allure.

She may be happy to open up about her embarrassing model squad title, but she was much less forthcoming when it came to her love life. Asked about possible boyfriend A$AP Rocky, she mega-demurred. “I just—my personal life, I’m so young,” she said. “Whoever I’m dating, or going to be dating, is young, too. So I don’t think it’s figured out. Do you know what I mean? So if I don’t know what it is, I’d rather not let everyone else know.” Understandable, especially since she’s also been linked with Jordan Clarkson and Harry Styles (again) of late. 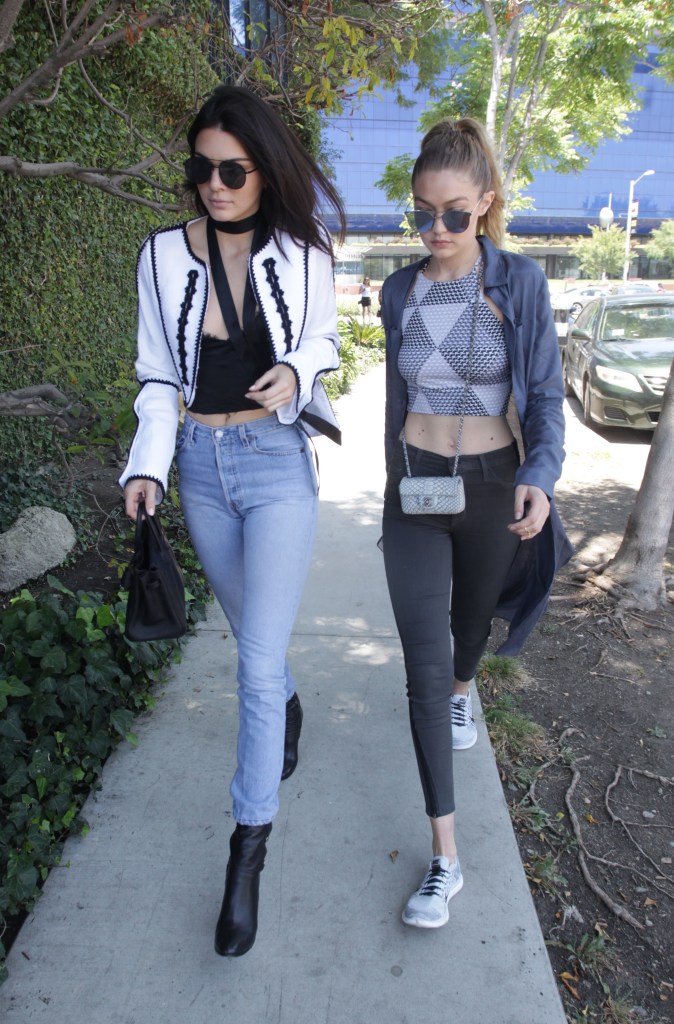 As for those pals who are too attached to their phones, Kendall has only disdain. “I definitely have close friends, and even some family members, who are so connected to their phone and can’t get off of it,” she said. During a vacay with Kylie, she was struck when they were in paradise and Kylie was stuck on her phone. “It was the first time we had ever been to this beautiful place, and we were sitting in a car,” she said. “I was just zoning out, taking it all in. And Kylie wouldn’t put her phone down. I’m like, ‘That’s so crazy to me that you’re not experiencing this.’ That was the moment it kind of clicked for me. And I didn’t like it. So sometimes I delete Instagram or Twitter or Snapchat off my phone for a couple days.”

Whether IG, Twitter, or SC is on her iPhone or not, its lock screen is pretty amazing. “It’s really obnoxious,” Kendall said, flashing her phone, which lights up to reveal a text bubble that sounds like a Kimoji: “I gave you a boner, don’t ignore me.” Queen.

MORE: Kim Kardashian’s Kimojis Are Out of Control