If you got it, flaunt it, right? Kendall Jenner clearly took the old idiom to heart at Canada’s MuchMusic Awards last night when she showed up in a Fausto Puglisi dress with two side slits up to her waist. Angelina who? 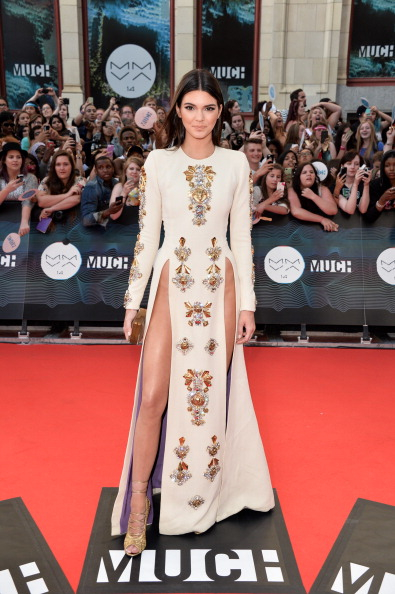 The 18-year model and reality star—who hosted the awards show along with her 16-year sister Kylie—showed some serious skin in the embellished gown by the celebrity-loved Italian designer, following in the footsteps of a string of genetically-blessed models like Anne V and Anja Rubik who memorably wore daring dresses that showcased side-butt and their sharp pelvic bones. (We won’t even ask how Kendall’s front panel is staying put—one strong breeze and we’d get a serious eyeful.)

MORE: Did Kylie Get Plastic Surgery? The 16-Year-Old Looks Unrecognizable 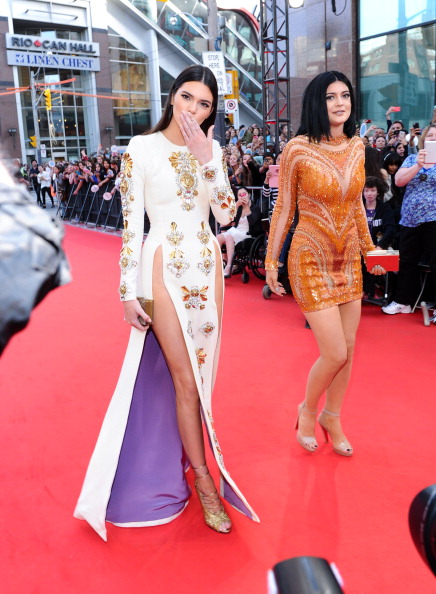 Kylie—who debuted her no-longer-blue hair—took the opposite route and opted for an  orange sequined mini-dress with sheer panels and a low back.

Earlier last night, Kendall posted a photo of herself wearing the revealing dress to Instagram with the caption “why do one slit when you can do TWO!? #MMVAs.”

What do you think of Kendall’s daring Fausto Puglisi dress? Sound off below!