Though she is probably the most private of the Jenner/Kardashian girls. Kendall Jenner just discussed engagement possibilities with Ben Simmons. The supermodel recently graced Vogue Australia’s cover and opened up about her personal life. Woah! We rarely hear from the couple because they like to keep their personal lives just that—personal. But in this rare interview, Jenner provided some insight into her life and relationship with the Australian NBA player. Despite romance rumors that reignited when Jenner was seen chatting with her ex, Harry Styles, at this year’s Met Gala, Jenner and Simmons are still very much in a committed relationship. In fact, the magazine noted that during her cover star photoshoot, she streamed her boyfriend’s game while she was in hair and makeup. She also FaceTimed him at another point in the day. Aw!

During her interview, the 23-year-old model was asked whether she’d “combine work and love” (aka get engaged with a Tiffany & Co. ring). Jenner quickly made it clear that was not in the cards just yet. “Maybe. Definitely not now, but maybe one day.” Alright, so it’s possible. It’s just not time yet for her and Simmons. But that makes sense, they’re both still so young.

Jenner went on to discuss why she keeps her life so fiercely private, and it totally makes sense. “I got a glimpse of how my sisters dealt with [the attention] and it’s cool to learn from that,” she told Vogue Australia. “For me, a lot of things are very special and very sacred, like my friends and relationships, and I personally think that bringing things into the public makes everything so much messier.”

“I’m very young and right now I feel like relationships aren’t always super-certain and I don’t want to bring too much attention to something if you don’t really know long term [what it’s going to be],” she added. 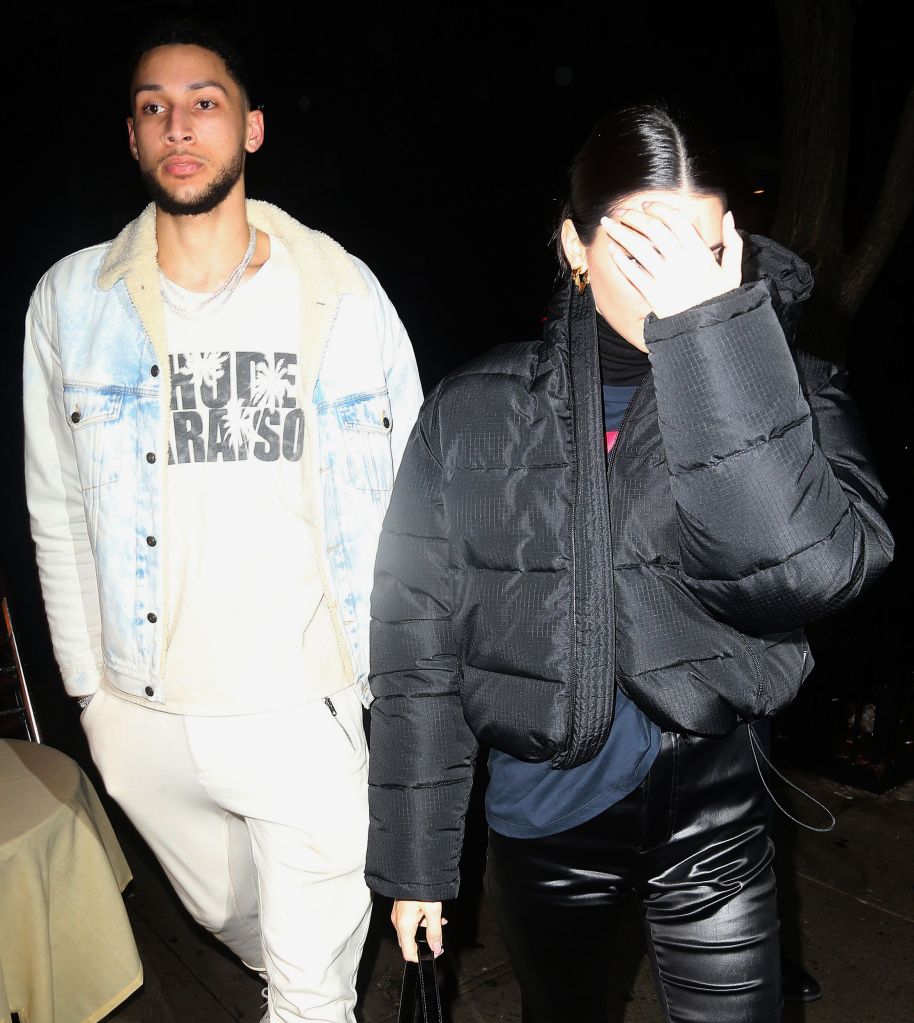 “A relationship is only meant to be between two people, and the second you make it the world’s business is when it starts messing with the two people mentally. Like once everyone is let in, you’re letting all these opinions into your relationships, and I don’t think that’s fair.”

She and Simmons do seem to be happy, though. Here they are celebrating Simmons birthday back in July, 2018.

And then Simmons wasn’t shy about letting the world know he’s ~super~ attracted to his GF. When Jenner posted a beautiful video on Insta, Simmons wrote the most oh-so-charming two words you could hope to receive: “Come here ..” Ahh, yes. Even when you’re in a relationship you will still get booty-called! LOL. But they seem cute about it, so congrats.

Jenner wrapped up her relationship discussion with Vogue Australian saying she’s not in any rush to get engaged by a certain age. “I feel like once you do [that], it’s just completely ingenuine, and you think that you have to be in a certain place when you don’t have to be,” she said. “Everyone has their own path and their own way of letting the cards fall. Your 20s are for messing up and figuring it out.”