Is it the end of the road? After their long-term relationship, many KarJenner fans are asking, Why did Kendall and Devin Booker break up?

Kendall and Devin started dating in June 2020. The 818 Tequila founder opened up about her relationship with the NBA player on Jimmy Kimmel Live! on April 6, 2022, when she was promoting her family’s show The Kardashians. Jimmy asked if Kendall watches Devin’s games when he’s on the court. “I watch every game unless I have—last night I had a dinner but all my friends and family know that I, like, sit with my phone wherever I am,” she said. When asked if she was a sports nut, she responded, “Yeah. I’ve always been a fan of basketball. With Khloé, I remember we used to go to all the Lakers games when I was really young, so, I’ve been a huge fan of the NBA for a really long time.”

So why did Kendall Jenner and Devin Booker break up? Read below to see the reasons why.

Why did Kendall Jenner and Devin Booker break up? 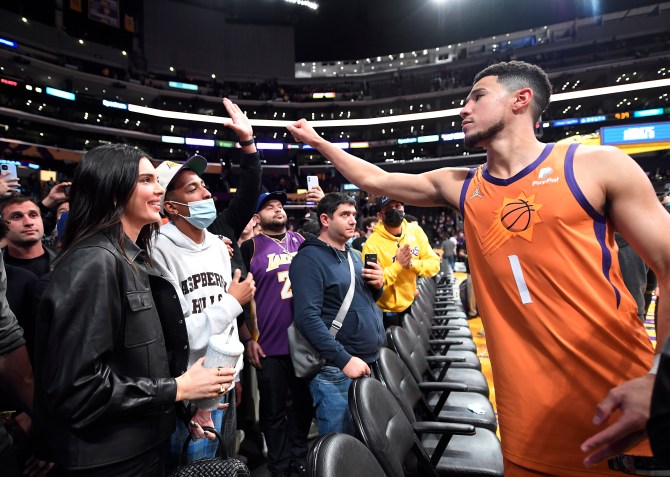 Why did Kendall Jenner and Devin Booker break up? On November 21, 2022, People reported that the couple actually split in October 2022.

Sources described the two as being very occupied by their occupations and endeavors. “Both have incredibly busy schedules right now with their careers and they’ve decided to make that a priority,” a source told the outlet. Another source said, “They have a lot of love and respect for each other and wish only the best.”

Another source confirmed the split to Entertainment Tonight. “Kendall and Devin broke up last month,” the source dished. “They are both still young and extremely busy in their careers. It was becoming difficult for them to prioritize their relationship with their schedules.” The source also noted that that “there are no hard feelings between them and the decision was mutual.”

This isn’t the first time that the two broke up with each other this year. The two split in June 2022 for very similar reasons but reunited again.

Why did Kendall Jenner and Devin Booker break up the first time? 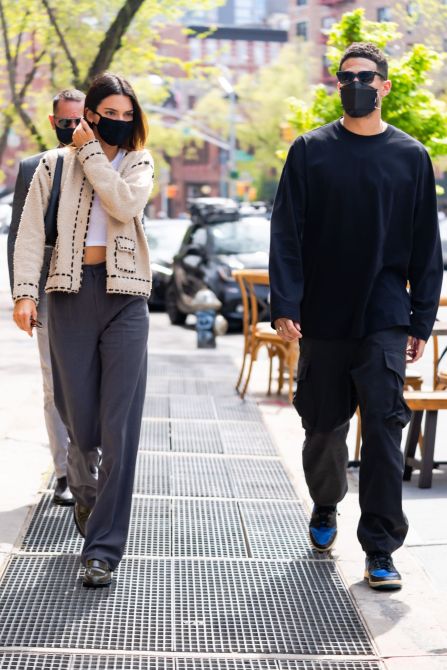 Why did Kendall Jenner and Devin Booker break up the first time? Kendall and Devin broke up the first time because they weren’t on the same track. Entertainment Tonight reported that the two broke up on June 22, 2022. The Kardashians star reportedly believed that their vision for the future is no longer aligned. “Kendall feels like they’re on different paths,” one insider shared, while another claimed that the pair “have had discussions about their future but they are not on the same page.”

However, the breakup was short-lived and the two were reunited just days after it was announced to the world. The couple was seen at SoHo House in Malibu, CA on Sunday, according to TMZ. According to the outlet, the (former) couple were giving each other “flirty looks.” Over the weekend, Kendall posted a nude picture of herself on a tanning bed on Instagram, and Devin liked the post. Though there’s no confirmation if the two are still a couple, the pair are enjoying their time together regardless of relationship status.

The two were also spotted in the Hamptons, New York, on the Fourth of July Weekend together. A source close to the two told E! News on July 6, 2022, that the model and basketball player went to Fanatics owner Michael Rubin’s party. “Kendall and Devin arrived to Michael’s party together and were hanging out by each other’s sides a majority of the night. They were with a group of friends but they weren’t trying to hide that they were there together.” The source continued, “Kendall was holding on to Devin’s arm the majority of the night and they looked really cute. They both were hanging out at the bar taking shots of 818 Tequila and Devin was grabbing rosé for them to also drink. Kendall looked really happy and she was smiling and laughing at him throughout the night.”

Another source told Entertainment Tonight on July 6, 2022, that the two enjoy each other’s company despite their relationship status. The source said that they “had a really fun time” in the Hamptons. “Kendall and Devin are hanging out and very happy. They are in a good place right now. Their hectic schedules sometimes get in the way of their relationship, but they have a lot of love for each other.”

The two were first linked in April 2020, when the model broke quarantine to drive from L.A. to Arizona for “some much-needed air” a source told TMZ at the time—but she wasn’t alone in her travels. The Phoenix Suns player tagged along with her, and the sight of him immediately sparked dating rumors. Following the sighting, a source told Us Weekly, “They’re hooking up, but they’re not serious. She’s talking to a couple different guys. She has so many men after her it’s crazy.”
Watch 'The Kardashians' $6.99+
Buy Now