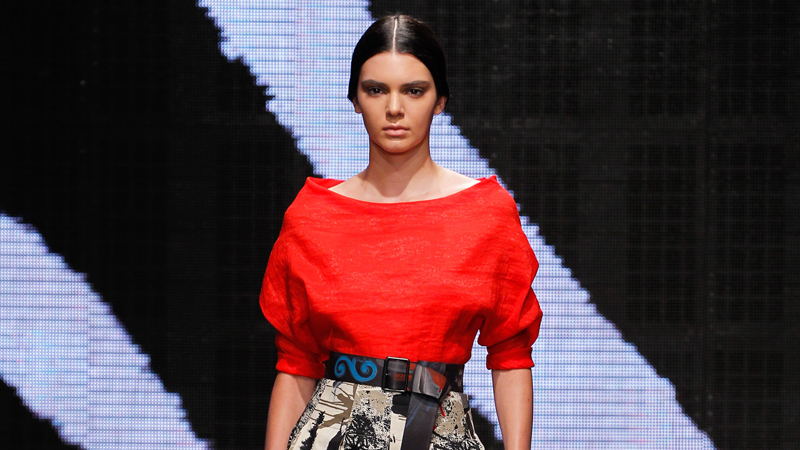 Kendall Jenner made a splash during New York Fashion Week, walking in major shows like Donna Karan, Diane Von Furstenberg, and Marc Jacobs, but according to reports, her fellow models aren’t too happy about her runway success.

A source told In Touch Weekly that Jenner was bullied backstage. “The other models worked so hard to get a spot on the runway and didn’t think it was fair that she was there,” the source said. And their bullying tactics were downright Mean Girls. “They started acting bitchy,” the source said, “Some even put out their cigarettes in Kendall’s drink!” Yikes.

MORE: Is Kendall Jenner an Amazing Model or an Overrated Fashion Stunt?

Jenner’s admitted that she’s all too aware that her famous last name isn’t always a help to her fashion career.

“People think that this [success] just came to me. But it didn’t,” Jenner Love magazine earlier this  year. “What I have has almost worked against me. I had to work even harder to get where I wanted because people didn’t take me seriously as a model. Because of the TV show…I went on castings and some people weren’t feeling me because of my name. But it was great when people didn’t recognize me. I was like, ‘Thank you. Please don’t recognize me.’”

Do you feel bad for Jenner? Share your thoughts in the comments!