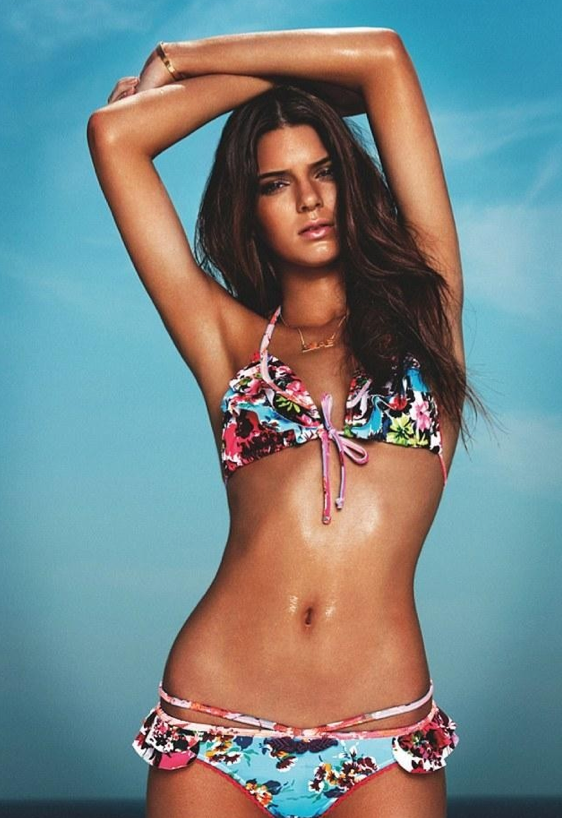 While her younger sister Kylie Jenner is strutting around in crop tops that definitely shouldn’t be on 15-year-olds, Kendall Jenner is moving one step closer to her dream of being a Victoria’s Secret Angel. The 17-year-old member of the Kardashian clan has just been announced as the new face of Colombian brand Agua Bendita swimwear, and images from her first campaign have just hit the web.

Clad in a skimpy floral bikini with her voluminous beach waves in full effect, Jenner looks like a stunning sun-kissed California girl—and from the looks of it, we think a contract with lingerie giant Victoria’s Secret is not far out of her reach. While the Kardashians tend to be mocked with regards to their fashion credibility (despite Kim‘s style profile having risen enormously thanks to her beau Kanye West), we often forget that when it comes to modeling, Jenner is the real deal.

Jenner seems far more interested in working the catwalk than appearing on the family’s reality shows, and if it stays that way, there’s no telling where her career could go. And with Kris Jenner as a momager, the sky is the limit—whether you want to admit it or not.

What do you think of Kendall Jenner’s bikini shoot—does she have what it takes?