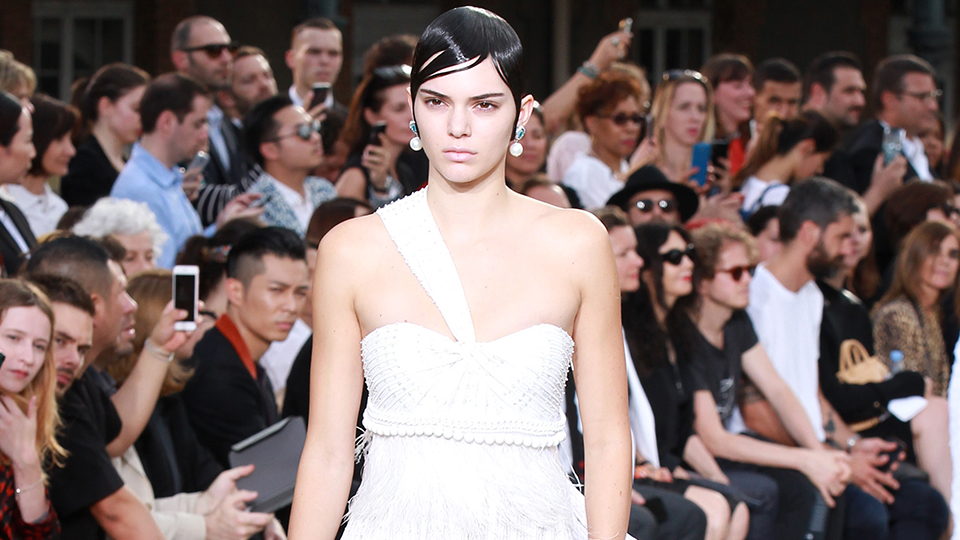 Over in Paris today, Riccardo Tisci showed Givenchy’s Spring 2017 Menswear collection. And while most of us would probably be hard-pressed to ID even one of the male models in the show (not least because the designer has declared patent bucket hats and dark sunglasses “in” this season), the brand brought out a brigade of buzzy names for the final (all-female) looks, giving the audience an early peek at its Fall 2016 haute couture collection.

Bella Hadid, who earlier this month was announced as one of the faces of Givenchy’s Fall 2016 campaign, made her menswear week debut in a tinsely black gown, while Kendall Jenner followed up last year’s appearance in a feathered two-tone number.

The Insta Girls were joined by Tisci faves like Joan Smalls, Natalia Vodianova, and Mariacarla Boscono, all of whom sported slicked-down, ultra-shiny—and in Bella’s case, notably not blonde—’dos.

At this point, it would probably be easier to start keeping track of the designers that don’t cast a Jenner or Hadid, don’t you think? 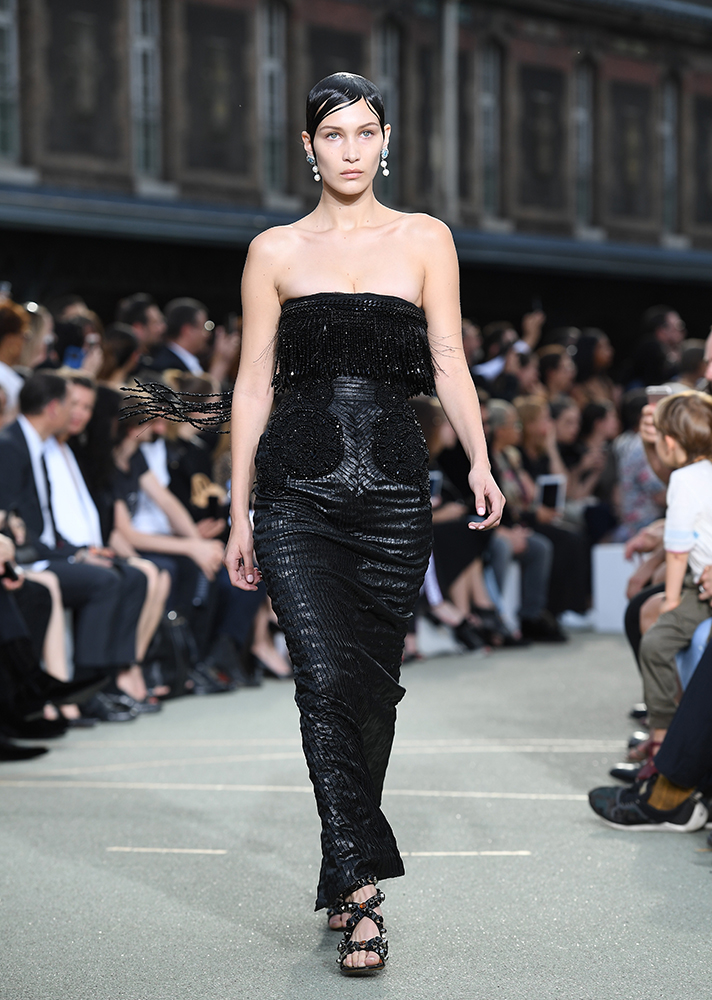 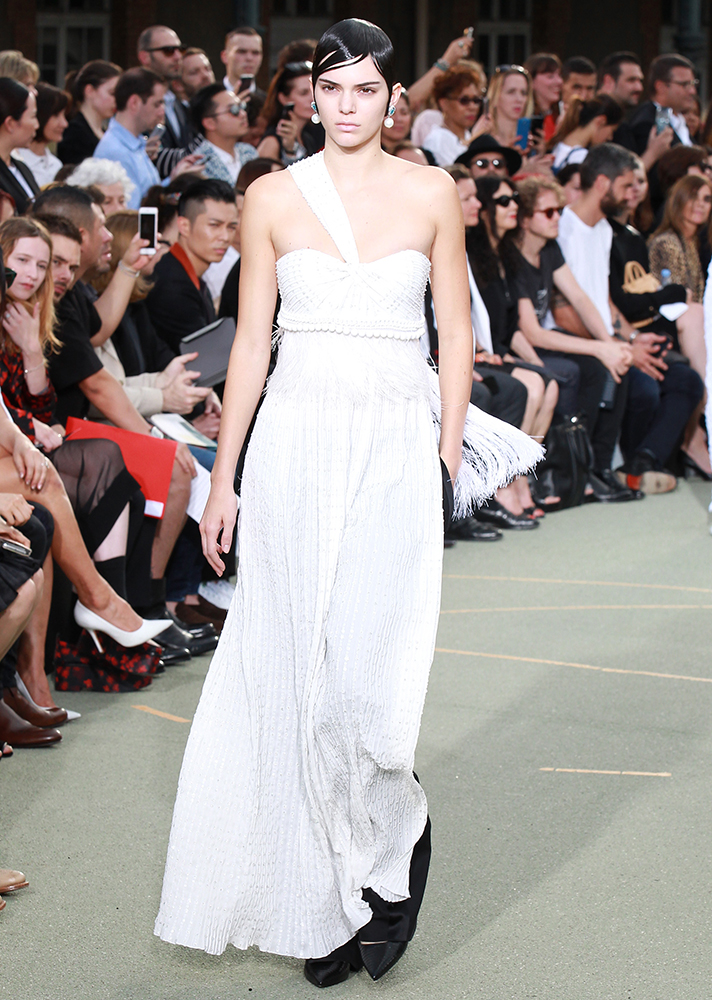