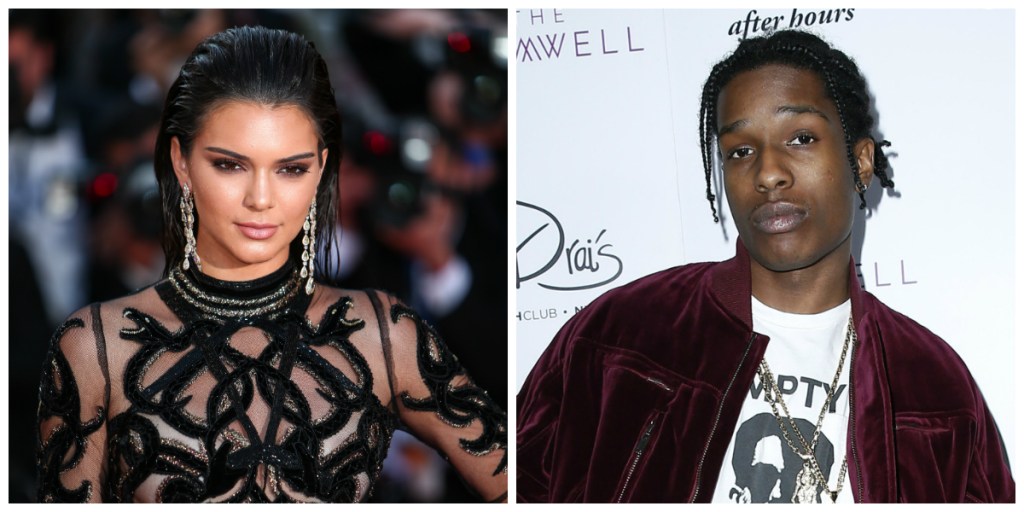 Kendall Jenner likes to keep her romantic life really, really close to the vest—as in, we often never hear directly of a boyfriend, only far-off whispers of a rumored possible love interest—but things are different with A$AP Rocky. Jenner is “full-on dating” Rocky, whatever that means, according to Us Weekly.

Three weeks ago, a source told the publication that Kendall and A$AP—K$AP?—were super casual. “It’s a fling,” the source, who was possibly the same source that used the regrettable term “full-on dating,” said. But now they’ve taken it to the next level.

Everyone knows that the real sign of a celebrity romance has something to do with the number of times you’re seen together (divided by the number of sources who say you’re dating, times pi), and they’ve been glimpsed side by side plenty of times, especially recently. During men’s fashion week in Paris last month, they were spotted dining at L’Avenue restaurant and dancing at Paris’ Cartel Club; later in the month, they hung out at Mr. C Beverly Hills hotel.

Rocky came to the Yeezy season 3 show at MSG in NYC February 11, and hit up her PacSun launch (also in NYC) February 9. For her part, she was at his Panorama set last month in NYC and brought Rocky to Kylie Jenner‘s birthday party at The Nice Guy in West Hollywood.