Kelsea Ballerini didn’t plan to write a book. It was March 2020 and Ballerini had just released her third studio album, Kelsea, when the world shut down and all her plans to share the record—performances, meetups with fans—went away. “Music was normally a celebratory spot and a place where I felt free to create and be understood, but it was not that for me,” she tells STYLECASTER. “In the six months following that, I had to detach myself from music because it made me sad.”

For half a year, Ballerini turned to writing as a way to spend this newfound time on her hands. But instead of songs, she wrote poems. “Very quickly, I had 10,000 words. I called my management and I was like, ‘I’m writing a book. I didn’t mean to, but this is how it’s coming out,’” she says. The book, which comes out on November 16, is titled Feel Your Way Through, a phrase that encompasses all 52 poems she wrote. “The whole book is about how I have big feelings. I feel all of the things. The book is about honoring that and letting myself feel and not feel like I need to make my feelings smaller or filter them.

Among the poems in the book is a poem titled “Kangaroo,” in which Ballerini wrote about her struggle with an eating disorder as a teenager, which included diet pills, purging and excess exercise. “I’ve only shown being confident with my body outwardly because for a long time I thought being a role model meant you had to be positive all the time. I’ve since realized that being a role model means you need to be real and being real is acknowledging the truth,” Ballerini tells STYLECASTER. “When you open a conversation about something like an eating disorder, you take away the shame from it and you are able to have more of an honest, open community to help heal together. I wanted to acknowledge this journey I have with my body and acknowledge that it is a journey. It’s never-ending. I still struggle with my body image but I have a much better relationship with that than I used to.”

Feel Your Way Through by Kelsea Ballerini 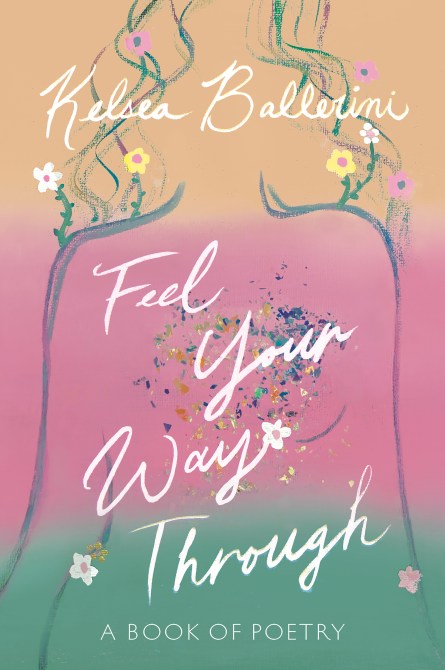 The book also includes a poem titled “His Name Was Ryan” about a student who was shot to death by another classmate in her high school in her sophomore year. In the poem, which was the most difficult poem for her to write, Ballerini explains how Ryan’s death, which she witnessed firsthand, led to a fear of noises, guns and crowds.

“I made a conscious choice to never talk about because I think part of me wasn’t ready. When I was writing this book, I realized that the unravelling made me who I am. That’s why I go deeper. Because it’s not just glitter,” she tells STYLECASTER. “This is something that I couldn’t leave out. It’s something that changed my life drastically. While I was writing it, I wanted to write about my perspective of watching a classmate die. I didn’t want it to be political. I wanted it to honor him and honor everyone who has witnessed something similar.”

Ahead, Ballerini talked to STYLECASTER about the difference between writing songs and poems, the poem she made into a song for her upcoming album, and how she defines country music.

On her relationship with her body now

“It’s a journey and it’s never-ending. I made sure to end the poem with that because I am not naive enough to believe one day you just decide that you’re cool with your body and that’s it. It’s forever that you have to check in with yourself and hold yourself to a standard you want for your health. Now, I prioritize things differently. I used to really care about fitting into the smallest dress on the red carpet. Now, I care about having the breath support I need to put on the best show that I can. I care about being able to get enough sleep to be a good artist and songwriter, daughter and friend. My priorities have shifted, much more from how I look to how I feel.”

On the difference between writing a song and a poem

“Even in the most honest songs, you still have a form to it. Verse, chorus, verse, chorus, bridge, chorus. In poetry, there’s no form to it. It’s so freeing. In the book, it ranges. Some of them are short form, ABAB poetry, and some of it is long-form monologue. It was creatively freeing to not stick to any set form and just let each one be what it was going to be. That was the biggest difference.” 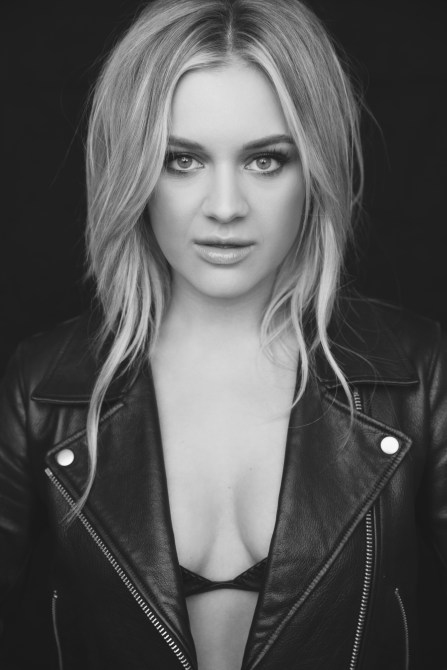 On the poems she turned into songs

“As I’m starting to work on the next record—and I’m still in the early stages—there have been a couple where I’ve been like, ‘I think that also can be a good song title.’ There’s one in the book called ‘The Little Things.’ It’s about my marriage, and that was the first one I turned into a song. I hope there are more that comes out of it because there’s a lot of meat on the bones, so I was like, ‘May as well make this an album too.’”

On the inspiration for the poem “The Right Side of History”

Being a role model means you need to be real.

On the sound of her upcoming album 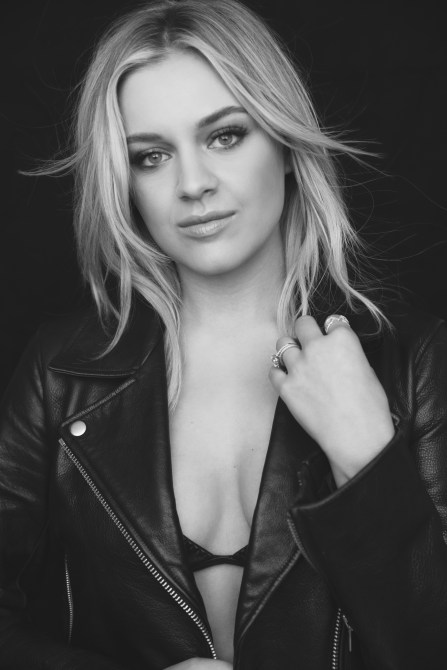 On how she defines country music

On the last poem she wrote for Feel Your Way Through

“The last poem in the book. It’s called ‘A Rose.’ I had everything laid out but I didn’t think it had a period at the end. I wanted something that summed up the whole book, and to me, the book is about growing and how it takes a lot of pain and a lot of messiness and missteps to get to beauty and to get to a place where you feel like you’re flourishing and blooming. That’s what that poem is.”

Feel Your Way Through by Kelsea Ballerini is available on Amazon.