Country music sweetheart Kelsea Ballerini just released her first single, “Legends,” from her second studio album set to be released later this year. We caught up with the 23-year-old at Colgate Optic White’s Legendary Night Out with Kelsea Ballerini last Thursday in New York City, where she talked about why she supports breakups and what she would say to critics who think she’s marrying too young.

Dressed in a stunning red jumpsuit with her blonde hair styled in waves, Ballerini revealed that she wrote “Legends” about a breakup she went through two years ago.

“At the time, I was trying to find the good in the breakup, and I was trying to not be bitter and mad about what happened,” she said. “‘Legends’ was the first time I was able to see the good in that relationship. When we chose this as the single, I was listening to it over and over making sure it still related to me.”

Ballerini’s advice to anyone going through a breakup? It’s a good thing.

“I think breakups are good, I really do. They’re hard and I think that it makes you find yourself again,” she said. “When you get past one and rediscover yourself, that’s probably the whole purpose of the relationship.” 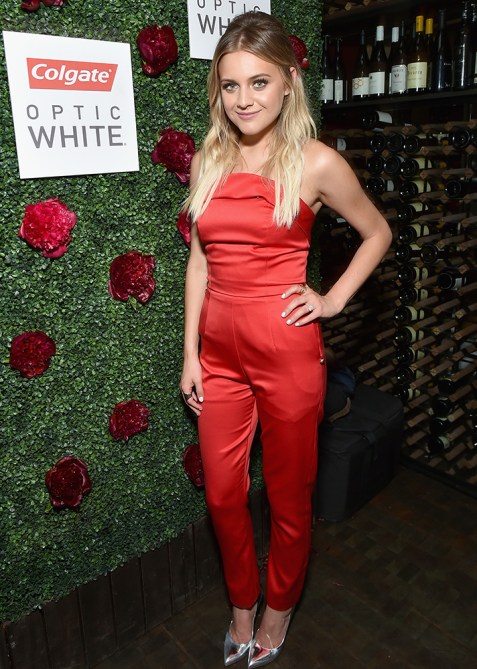 Ballerini’s fiancé, Australian country singer and songwriter Morgan Evans, popped the question to Ballerini last Christmas. When asked if it was weird singing about heartbreak now that she is happily engaged, Ballerini admitted that she now sees the song in a different light.

“It’s not a heartbreak song, which is what I realized when I listened to it with my perspective now, because I wrote it like that,” she said. “But now, listening to it and singing it, it’s about a love that you’re looking back on, but it doesn’t necessarily have to be about a love that ends.”

Ballerini also shared her thoughts on those who may criticize her for getting married at 23. She even revealed that she used to be a “critic” herself. 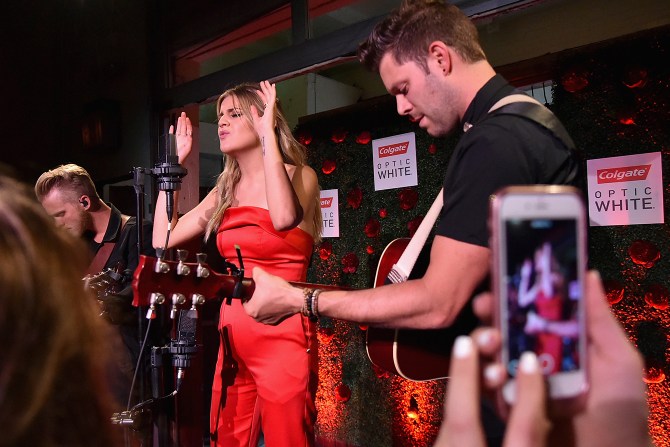 “I always thought when people say that ‘you know you know,’ that it was complete B.S.,” she said. “But it’s not. It’s really true. I think the best response to that is I’m happy, and I’m going to be happy for the rest of my life. And that’s all that really matters.”