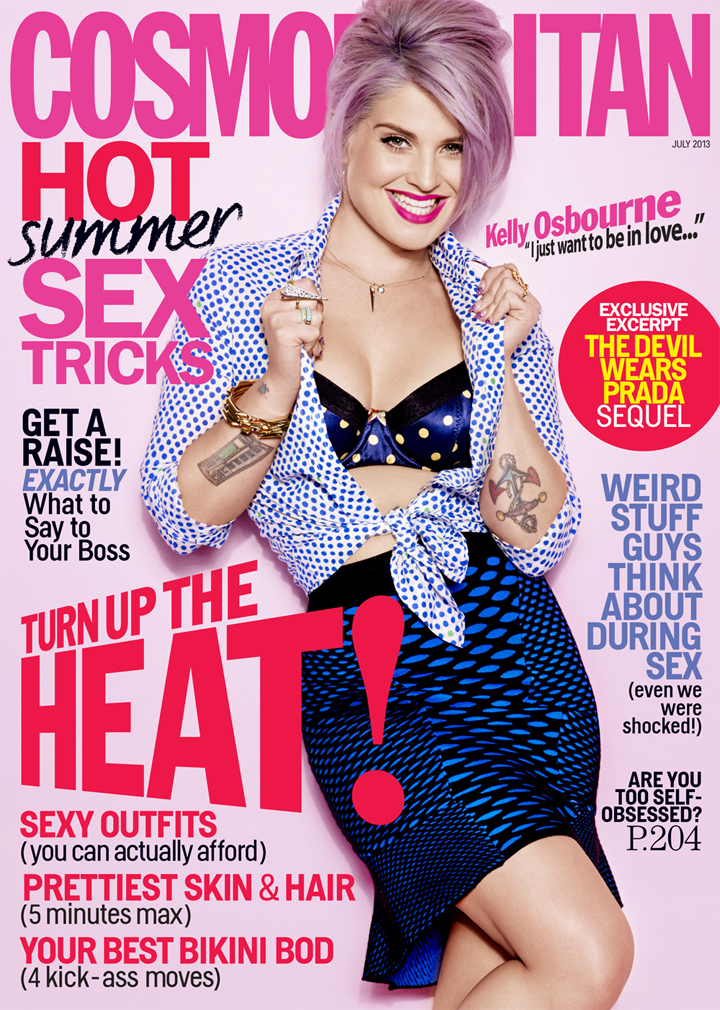 “Fashion Police” co-host Kelly Osbourne is Cosmopolitan‘s July cover girl. Inside the issue—on stands June 4—Osbourne candidly spills about a number of things, including her battle with addiction, her relationship with her fiance Matthew Mosshart, and her Golden Globe aspirations.

Interesting, sure, but none of Osbourne’s quotes are quite as enticing as the ones she also made about the infamous war of words she had with Lady Gaga. In case you’re hazy on the details, the melee stemmed from an open letter Gaga wrote in January about her disapproval of “Fashion Police” and its mission to hate on celebrities’ clothes. Here’s what Kelly had to say about that, four months later, in Cosmo:

“I loved Lady Gaga. I totally believed in everything she stood for, until I realized she’s a great big hypocrite. Don’t say, ‘When you see bullying, intervene,’ while letting your fans send me death threats. If my fans did that, I would not stand for it. You can say whatever you want with your millions of monsters. I know the truth. Your bells and whistles mean nothing to me. You’re feeding on the freaks and geeks to further your career? Do you really care about the gay community? Because if you did, you’d stand up for it more than you do.”

Below, check out a few more quotes from Osbourne’s Cosmo interview.

On how Mosshart different differs from other guys:
“He just wants to love me, and I just wanted to be loved by him. Every single other guy I’ve dated has wanted something from me. They’d call people I know and ask for favors. I’d have to say, ‘Trust me. Telling someone you are my boyfriend isn’t going to get you very far.”

On having kids:
“I do want babies, but I don’t want a great big vagina.”

On her  addiction issues:
“I’m an addict. It’s going to be one of those things we battle for the rest of our lives. I take the necessary precautions. If you’re not happy and healthy, it’s not worth any of it. Everyone says sex, drugs, and rock and roll are fun. It ain’t fun. It is not something to glorify.”

To read and see more with Kelly, head on over to Cosmo now!