Nearly two years after splitting from her ex-husband, Kelly Clarkson’s divorce settlement has officially been finalized.

Clarkson filed for divorce from Blackstock in June 2020 after nearly seven years of marriage. The former couple share two children together: a 7-year-old daughter, River Rose, and a 5-year-old son, Remington Alexander. In September 2021, the Kelly Clarkson Show host was officially declared legally single.
According to a source who spoke to Us Weekly when Clarkson filed for divorce, the “Since U Been Gone” singer’s split from Blackstock was a “long time” coming. “The relationship had been on the rocks for a long time,” the insider said at the time. “She was the high-income earner with a wildly successful talk show, and is the star of another hit show The Voice. Brandon was extremely jealous of it and made her know it.”

The American Idol alum was reportedly worried “that Brandon was just using her for her money and lifestyle” before their split. “The marriage was really, really awful at the end. Kelly felt that she could no longer trust Brandon. She had a lot of questions that he just couldn’t answer,” the source added. “She just wasn’t willing to look the other way anymore.”

As part of the former couple’s initial divorce proceedings in November 2020, Clarkson was ordered to pay spousal and child support to Blackstock. At the time, a Los Angeles County Court judge ruled that Clarkson was required to pay Blackstock almost $200,000 in spousal and child support. According to court documents, the ruling breaks down to $150,000 per month in spousal support and $45,601 per month in child support to “benefit” their two children. Blackstock, for his part, previously requested $436,000 per month.

However, since finalizing their spousal and custody agreement, The Voice judge has now reached an official divorce settlement with her ex-husband that addresses their remaining finances—including a Montana ranch where Clarkson and Blackstock once lived together. Following their divorce, the former spouses feuded for months over the property. While Clarkson initially planned to sell the home following their split, Blackstock continued to reside on the property against his ex-wife’s wishes. For everything we know about how Clarkson’s ranch and finances played a role in her divorce settlement, just keep on reading below. 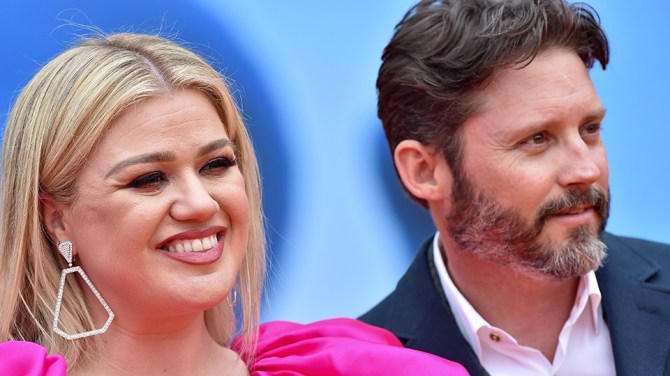 According to The Blast, Clarkson’s divorce settlement will require her to contribute a one-time, tax-free payment of $1,326,161 million to her ex-husband—along with ongoing monthly child support payments of $45,601 for their two children. The former couple have officially agreed to share joint custody of their kids, though they will live primarily with Clarkson in Los Angeles. As part of their agreement, the children will be expected to fly private to visit their father in Montana, where he continues to live and was granted residence at Clarkson’s ranch property until at least June 2022. Clarkson agreed to have both of her children vaccinated against COVID-19 given their “travel back and forth to see their father out of state,” and she will also be expected to pay a $50,000 “reimbursement” to her ex-husband to fund her kids’ travels.

Blackstock, for his part, will be expected to pay Clarkson $2,000 per month in rent until he finds a new home. However, he will also be receiving a reported $115,000 per month in spousal support until January 2024. This amount is slightly less than the previously reported $150,000 per month that Clarkson was initially expected to pay in 2021. Aside from these spousal and child support payments, Clarkson and Blackstock have also split up a number of their other shared assets, including cars, family pets, livestock and other vehicles from their time in Montana.