If you’ve seen Hustlers, you’re probably still replaying several scenes in your head — but was anything more iconic than Usher bursting into the club? We think not. Star Keke Palmer’s revealed her favorite Hustlers moment was shooting that Usher scene and her reason is even more amazing than you’d think. It turns out that wasn’t Palmer’s first interaction with Usher — and the one encounter she’d had with him made shooting that scene all the more surreal.

At the #BlogHer19 Creators Summit, StyleCaster editor Aramide Tinubu naturally wanted to hear all about the behind-the-scenes action on smash hit Hustlers (also starring Jennifer Lopez, Constance Wu, Julia Stiles, Lizzo, and Cardi B, just in case you needed more convincing to see it). It’s no surprise that Palmer listed that Usher scene as her favorite part of shooting — Lopez has also gushed about that scene being “so much fun” to shoot — but we didn’t quite realize the significance of Palmer interacting with the singer on the big screen.

Here’s how Palmer told the story: “There was a scene in the movie where Usher comes into the club,” she recounted for anyone in the audience who had, for whatever reason, not yet seen this epic film. “It blows my mind because I auditioned for Usher when I was, like, 10 years old — and now I’m on stage stripping for him?!”

Palmer cracked herself up a little, remembering the scene — how she was dancing with J.Lo one minute, then “in the back grinding on Lizzo” the next. “This was a slumber party,” she concluded, “but with the best group of folks you could find.”

While that scene definitely stands out, so much about Hustlers was meaningful to Palmer. She noted that the tone of Hustlers — and the spectacular crew of women who worked on it — allowed her to embrace her sexuality in a way that’s not often possible without facing judgment from society. “A lot of times as women we’re meant to feel shamed by our sexuality,” Palmer mused. In Hustlers, “We felt so embraced by one another and so embraced by what we felt about this film that we got to experience what made us beautiful without feeling ashamed about it.” 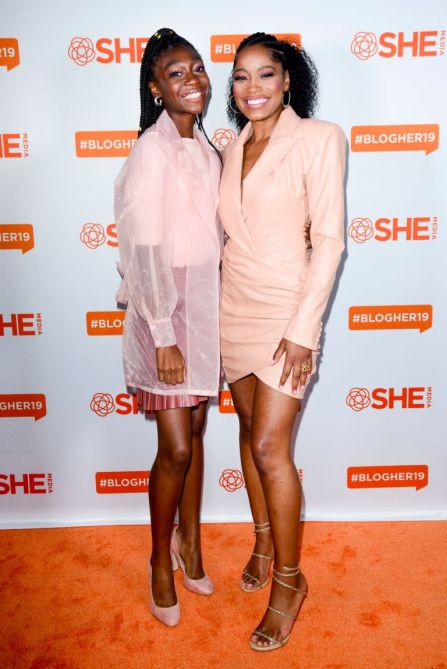 See Hustlers for Palmer’s incredible performance (or Lopez’s, or Wu’s, or — you get the idea), or see it for the radical experience of self-love that Palmer described. As the audience, we can assure you that it radiates throughout the film, and we’re thrilled to hear that that feeling came from a real place of warmth and love.