For many of us who grew up in the 2000s, Keke Palmer was a household face. With movies such as “Akeelah and the Bee” and “Jump In!” and shows including Nickelodeon’s “True Jackson, VP,” Palmer easily fell into the same class as other 2000s favorites such as Miley Cyrus and Selena Gomez. But while her peers went on to lead successful music careers after their child film and television fame fizzled, Palmer struggled to keep up.

Despite record deals with three major labels and a passionate, cultlike fan base, Palmer never saw her songs break Billboard’s Hot 100. Now, after nearly a decade of feeling “exploited” as a child star, financially and creatively, Palmer—who recently released her first single, “Bossy,” from her self-launched record label, Big Boss Entertainment—is taking back her career, and she’s not afraid to use her newfound voice to call out money-hungry greed in the music industry.

“A lot of time, record labels will sign artists just to sign them,” Palmer tells StyleCaster. “They don’t even believe in them. They just sign them to say, ‘I can create this person’ or ‘This person has a great fan base, so I’m going to exploit their audience.’ It doesn’t work. Or worst part is sometimes it does work, and you have artists who are hating themselves afterward.” 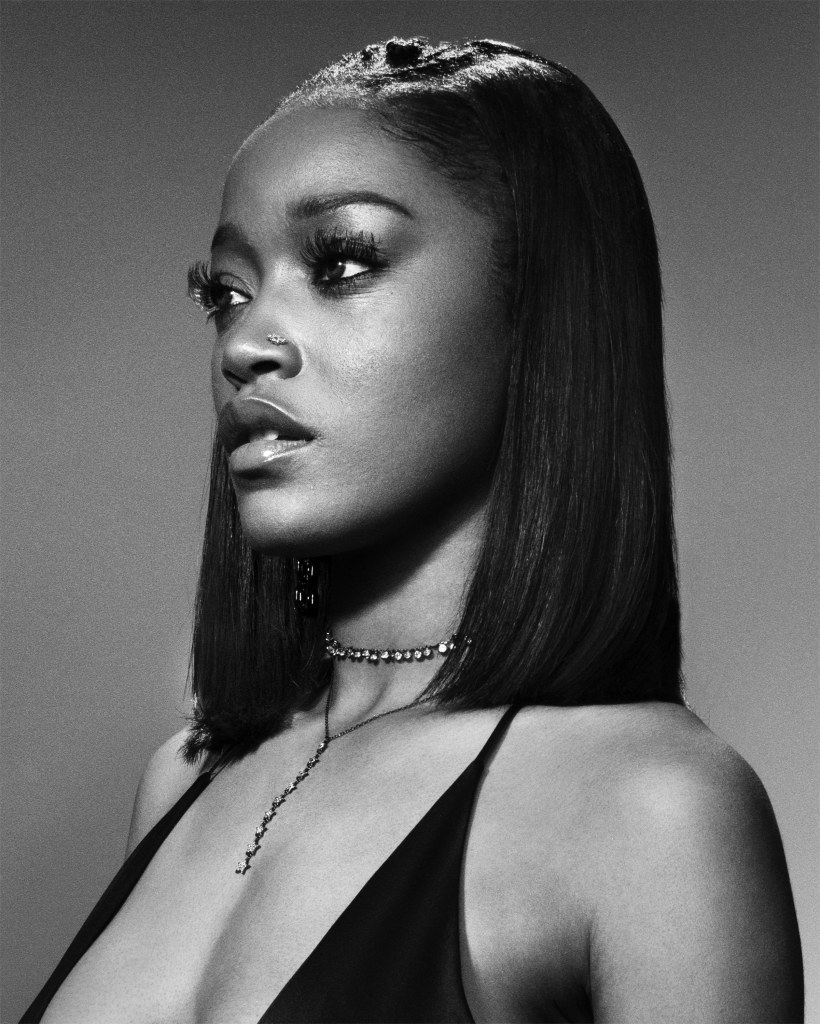 Raised in a small town in Illinois, Palmer fell in love with music after watching her mom, a choir director and former professional singer, perform in her church. After asking for her first choir solo, “Jesus Loves Me,” at 6 years old and toying around in her mom’s recording studio growing up, Palmer knew she wanted to sing professionally.

At 12 years old, on the wave of her breakout fame from “Akeelah and the Bee,” Palmer signed with her first record label, Atlantic Records. Though she received pushback on her brand and direction, the experience ended in Palmer’s favor. Palmer was able to create the music that she wanted and was excited to see how it would perform, until she noticed that her songs weren’t being played on the radio and that she wasn’t being publicized as an artist.

Don’t spend your time trying to get people to believe in you.

“On my first album, I made sure to have so much creative control. But because of that, the album wasn’t very promoted,” Palmer says. “It’s kind of a double-edged sword. If you don’t listen to the label and you do your own thing and protect your art, a lot of the times you won’t get promoted. And if you do what they want, you will get promoted but in a version of yourself that isn’t true to who you are.” 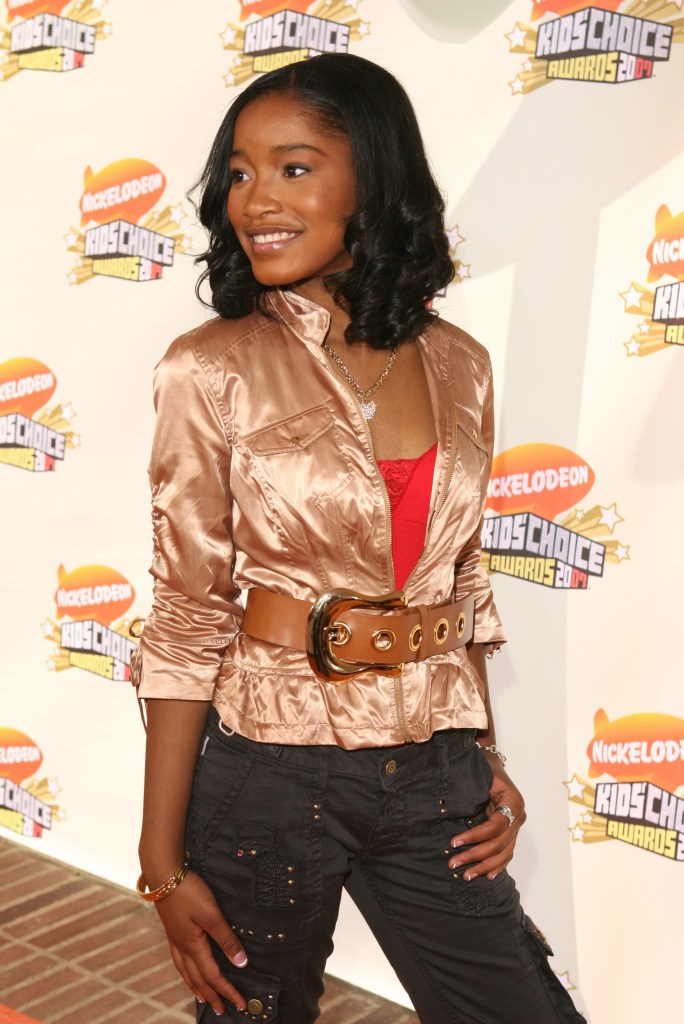 Frustrated, Palmer moved to her second record label, Interscope Records, three years later. But she came up against the same problem. “My mom and I had this idea that when you get with a major label, they’re really going to be able to do everything and help you, but that’s really not how it is,” Palmer says.

Due to her success on Disney Channel and Nickelodeon, Palmer steadily realized that big-name record labels were attracted to her for her money-making capability and not her artistry. “I feel like my fan base and my popularity were things that they were very attracted to. But they really didn’t take the time to understand me as an artist and really help me tell my story,” Palmer says. “I was in many situations where people wanted my fan base, but they weren’t allowing me to have a true connection to my audience when it came to music.”

No artist wants to be a part of a dictatorship.

Though her acting career came more smoothly, Palmer wasn’t free of challenges. As she grew older and went to more castings and auditions, Palmer became more aware of her natural hair, something that she has been proud of since her childhood. “People say, ‘Why do black girls perm their hair? Why do black girls wear weaves?’ A lot of the time, that’s the only way you can get a job,” Palmer says. “A lot of the time in entertainment, black people couldn’t even get jobs if they came in with an Afro.”

And though Palmer hasn’t heard outright criticism for her natural kinks and coils, the impression was made early on that she needed to change her hair to land the jobs that she wanted—something that she has accepted as an actress. “People have maybe not said those words, but they say, ‘We want you to have a weave. We want you to have long straight hair. We want this character to have this or that,’” Palmer says. “At the end of the day, I am an actress too. So some roles require different things. I don’t take it personally or feel like it’s a personal attack”

Palmer soon learned how to speak up in the music industry as well. When she was 21, she signed with her third record label, Island Records, with which she released “I Don’t Belong to You,” a tongue-in-cheek R&B single that became a fast favorite among her fans. However, like Palmer’s previous music, the song struggled to succeed commercially due to a lack of promotion from her label.

“They didn’t believe in me. They didn’t want to do that record,” Palmer says. “If you’re not going to support me financially with what I need and help me to distribute my record worldwide, unless I do things exactly the way that you want, then that’s dictatorship. And no artist wants to be a part of a dictatorship.”

A lot of the time in entertainment, black people couldn’t even get jobs if they came in with an Afro.

The experience was the breaking point that Palmer needed to leave outside record labels permanently and start her own. Using her own money and the help of a promoter she met at Island Records, Palmer launched her own record label, Big Boss Entertainment, with which she released her first song, “Bossy,” in January 2018. The song, which Palmer recently performed on FOX’s Lee Daniels–produced drama “Star,” is the first single from Palmer’s upcoming album, The Boss—a name that encompasses her journey from a naive child star to a headstrong businesswoman.

“The Boss album is about this era of me, Keke Palmer, the brand,” Palmer says. “How I’m building the brand and how I’m expanding upon it and me stepping into my own empowerment as far as being a businesswoman.”

But aside from describing Palmer’s literal role as “the boss” of Big Boss Entertainment, the name is also a response to music executives who called Palmer and her mom “bossy” or “a bitch” for speaking up and voicing their demands.

There’s nothing wrong with a woman being a confident.

“I’ve seen my mom be called a bitch and frowned upon for having such power. But to me, it’s not about the niceties. It’s about you owning who you are,” Palmer says. “I realized that that’s a big thing in our world, misogyny and the way that women are sometimes portrayed. There’s nothing wrong with a woman being confident, and a strong man has no problem with a woman being confident either.”

Palmer’s experience is also why she’s so protective of child stars and artists who can be easily taken advantage of. Another reason she started Big Boss Entertainment was to nurture new artists and encourage them to embrace their “bossiness.” 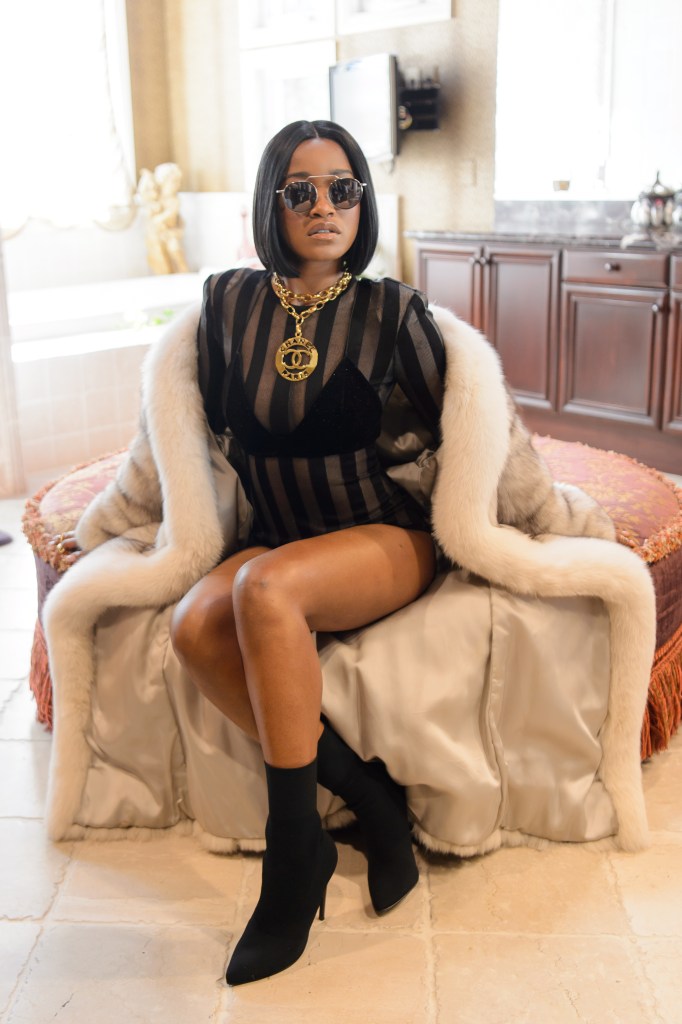 Palmer hopes that her experience will help struggling artists understand that it’s OK that not everyone believes in them. The only thing that they can do is find the ones that do and stick with them. “Believe in yourself and don’t expect other people to,” Palmer says. “Don’t spend your time trying to get people to believe in you. Be with the ones that already do and if people want to join the bandwagon, then, hey, if they’re a true believer, then allow them to be a part of your movement.”