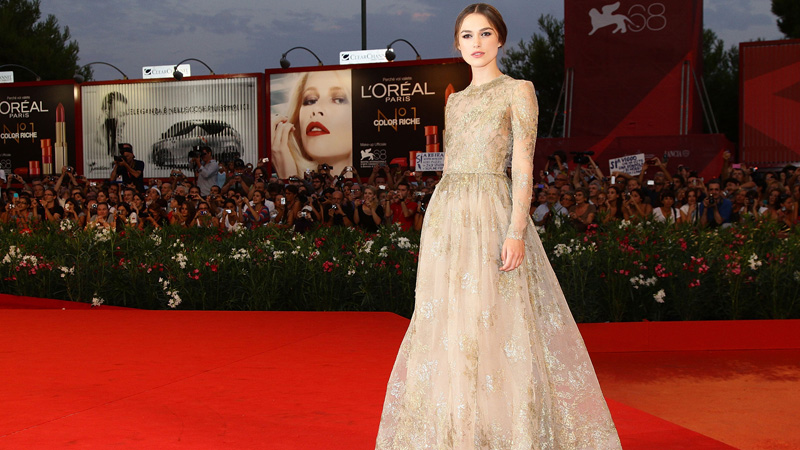 Last summer, Keira Knightley scored some serious accolades when she walked down the aisle in a dress that she had already worn. Sure, it was an adorable Chanel haute couture tulle cocktail dress that just about any girl would give their right arm for, but in celebrity land, it was a thrifty choice.

Since then, the actress went on to re-wear the dress two more times until it was kicked out of rotation thanks to a red wine stain (see, stars, are really just like us).

Knightley bragged to The Telegraph of her low-key wedding dress selection saying: “Karl [Lagerfeld] very kindly designed me a jacket to go with it. I’d worn the dress lots. It was my something old. And I liked not making a big deal about it. I just wanted to be in something I had had a great time in, something I would have a great time in again.”

Well, it turns out Knightley isn’t exactly the low-key bride we thought she was. Apparently the star had a secret second wedding in the woods where she wore a Valentino haute couture creation, especially created for the nuptials. She told Elle UK: “It was for the ceremony we had just for our friends, in a wood, because you have to have flowers on a dress in a wood.”

The gown was apparently made of long, layered lace and was dappled with tiny pink flowers. Valentino haute couture starts in the $10,000 range, and goes way up from there, so don’t get any ideas that this dress was cheap (though it very well could have been a gift from Valentino).

So actually, we take back what we said before—stars, they’re really not like us at all.