On the second day of her 96-hour “Witness World Wide” live stream, Katy Perry, sitting cross-legged on a red velvet throw pillow-covered couch, did the unthinkable: She said sorry.

Sitting barefoot across from Arianna Huffington, Perry, dressed in an emerald green jumpsuit with a white headband tied around her short blonde hair, nipped her feud with Taylor Swift in the bud.

“I am ready to let it go,” Perry said confidently, breaking into a karaoke rendition of “Frozen’s” “Let It Go.” “I forgive her and I’m sorry for anything I ever did, and I hope the same from her. I think it’s actually like, I think it’s time. There are bigger fish to fry, and there are real problems in the world. You know what I’m saying?” 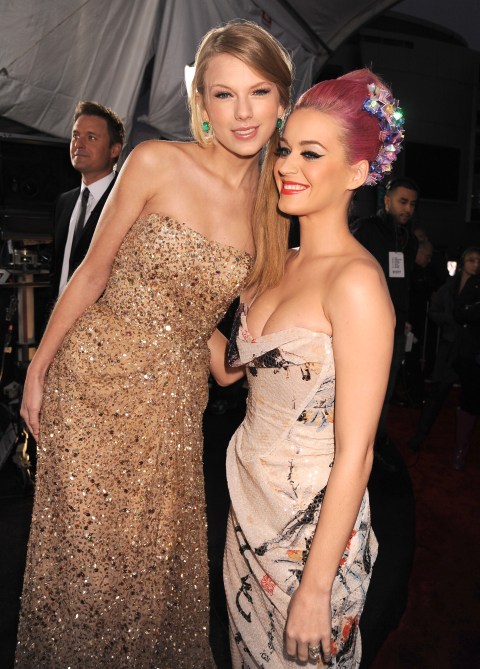 That wasn’t the only sorry on Perry’s apology tour, either. Later that day, in an interview with Black Lives Matter activist DeRay Mckesson, Perry addressed widespread criticism she’s received for appropriating other cultures—notably, her wearing cornrows and eating watermelon in her “How We Do” music video and the time she dressed like a geisha at the 2013 American Music Awards.

“I’ve made several mistakes,” she said. “I won’t ever understand some of those things because of who I am. I will never understand, but I can educate myself and that’s what I’m trying to do along the way.”

However, the apology didn’t go over so well with many women of color, who criticized Perry for speaking promises without action. The singer received backlash for acknowledging her appropriation, yet still not hiring women of color on her tours or behind-the-scenes to keep her accountable. Critics also questioned the sincerity of Perry’s apology, considering she had an album to sell.

As for her other apology—this time, to Swift, who’s also no stranger to appropriating cultures that aren’t her own—the response spurred less outrage and more shock; headlines like “Well, Holy Crap: Katy Perry Just Apologized to Taylor Swift” declared the end of the pop stars’ silent dispute. After weeks of stoking the feud’s flames on radio shows and late-night interviews, Perry did a complete 180. She shoved everything under the rug and declared her “love” for Swift in the name of being “representative of strong women.”

For most, the apology seemed to appear out of nowhere. Perry spent a majority of her press tour with Swift’s name in her mouth and was noticeably benefiting from the viral headlines she would create after “spilling the tea.” That is, until the tea-spilling gimmick got old and Perry’s frankness became more immature than honest—a trajectory Swift saw in her career, too.

Since her debut in 2006, Swift has built her brand on “spilling the tea”—though through song, rather than in interviews. Her songs took the form of musical nuggets, with juicy details—typically about former loves—hidden between the lyrics. Like Perry, Swift benefitted off the public’s curiosity of what went down behind-the-scenes. Though more sly than to air her dirty laundry on a late-night talk show, Swift was a pro at using her personal life to drum up attention—similar to how Perry exposed her feud to promote her album. 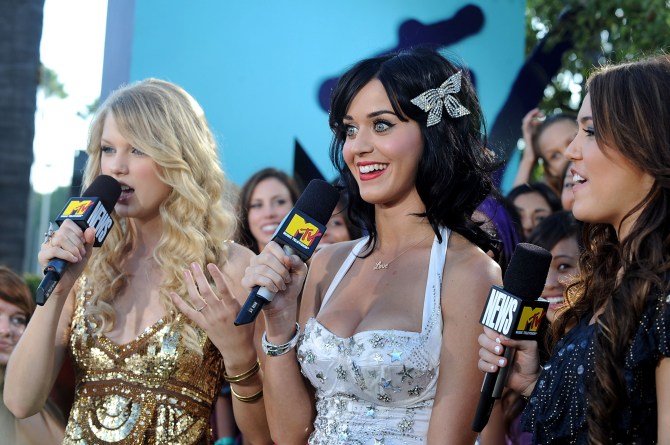 In May, Perry opened up about the feud for the first time on James Corden’s “Carpool Karaoke,” where she blamed Swift for starting the beef after she cut off all communication when Perry asked her backup dancers to leave Swift’s tour for hers. (Perry claimed there was a “contingency clause” in their contract with Swift, so switching tours was fair game.)

There were a number of things Perry could’ve talked about on her car ride with Corden—her album, her haircut, her dogs even—but it was a calculated effort to tackle the feud; there’s no way Corden ambushed Perry with his Swift question. To make matters worse, a couple weeks after Corden, Perry accused Swift of trying to “assassinate” her character in an interview with NME. “I wish that I could turn the other cheek every single time, but I’m also not a pushover, you know?” she said. “Especially when someone tries to assassinate my character with little girls. That’s so messed up!”

Around that time, Perry also released her own diss track, “Swish Swish,” (an apparent retaliation to Swift’s 2014 song, “Bad Blood”) in which she warned Swift not to come for her. But instead of pushing Perry into the winner’s circle, it was a turning point in the feud; things stopped being fun and started getting dreadful.

Everything was revving up for Swift and Perry to go at each other for the next world war: After years of dormant rumors, subtweets (like the time Perry called Swift a “Regina George in sheep’s clothing”), and dropped seeds in magazine cover stories, we finally got the dirt we needed. We were hungry for gossip—until we weren’t. Even readers from this site tired of the drama. Around the time of Perry’s fourth or fifth big tea-spilling, the tables started to turn. YAAAAS’s turned to groans, and people who praised Perry for her “realness” were starting to think she was someone who just couldn’t let things go. Cosmopolitan published an article on why “Katy Perry Has Got to Stop Talking About Taylor Swift,” while Vulture criticized Perry for drumming up drama to sell albums. 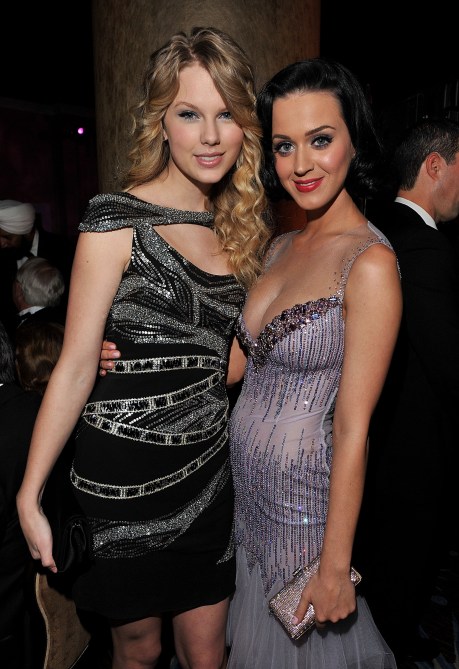 We’re sure Perry could feel it too, which is why she likely went into serious public image recovery mode. Her faux-apology on Huffington’s podcast was only the beginning. In a performance of “Swish Swish” not too long after, she changed the words to reflect her new opinion of her one-time rival.  Instead of “Don’t you come for me. No not today,” Perry sang, “God bless you on your journey, oh baby girl.”

Swift didn’t take the bait. Her only move—an equally calculated one, at that—was silently dropping her music on Spotify on the same day Perry’s album, “Witness,” debuted. Was Swift learning from her mistakes? The 27-year-old made a namesake—and a fortune—out of spilling the tea on her breakups and feuds. It worked for a long time too: Fans waited with bated breath for which fallen lover she’d write about next. But it also became her double-edged sword. Once the queen of relatable acoustic ballads, Swift soon became a staple on “Most Annoying Celebrities” listicles. Perry wouldn’t make it there until 2017.

This time, Swift let Perry bury herself, respectably refraining from fanning the flames. Instead, she knew her rival would see the same pitfall: Perry’s relatability would wane—and it was only a matter of time until her mentions flooded with descriptions like “annoying”—the kiss of death in the pop world. 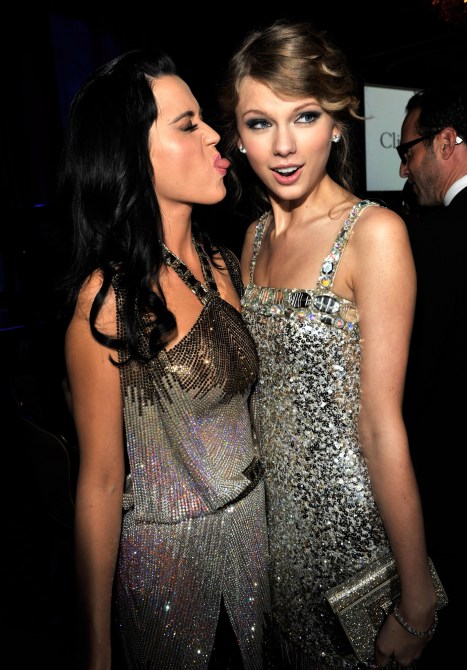 But is it fair to declare either singer a “winner” in the feud? Though Perry apologized, both women did irreparable damage to their careers and public images: Swift just might be a mean girl in sheep’s clothing, and Perry’s pettiness overshadowed the product she was out to promote, and the public’s thirstiness for hot goss waned exponentially.

Neither of them are “perfect feminists.” They’ve both weathered accusations of cultural appropriation, though Perry has been the only one to acknowledge them. They both preach female empowerment, yet act in ways that contradict it. They tout girl power, but have a history of hypocrisy. They use women of color to their advantage, yet neglect to give credit to where it’s due. They talk high regards of female friendship, but jump at the chance to expose those who may have wronged them, perpetuating catty stereotypes that hold women down socially and professionally.

Still, if her apology means anything, at least Perry is learning. Even if it was born out of pressure from the public, Perry acknowledged her mistake. We’re hoping that when Swift’s next album circuit comes around, she’ll do the same.