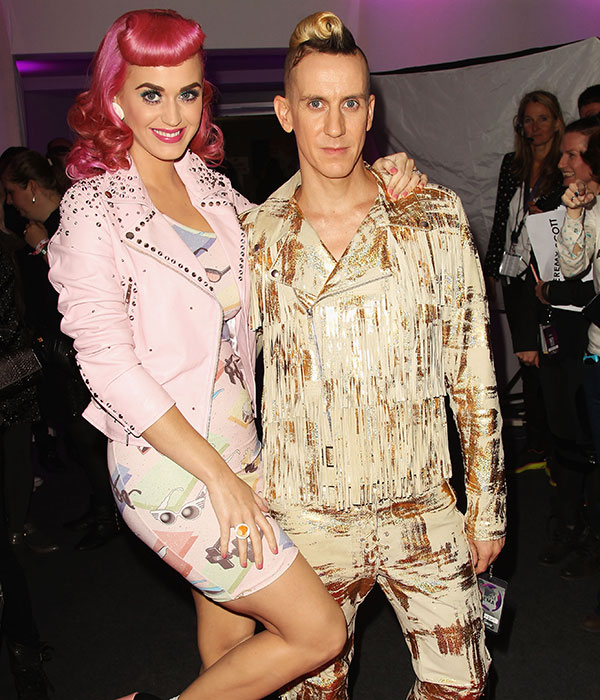 Expect a crazy costume when Katy Perry takes to the Super Bowl stage, because the singer has just announced that she will be dressed by none other than Miley Cyrus favorite and Moschino Creative Director Jeremy Scott, for the performance.

E! Online broke the news in a video interview with Perry, during which the star revealed: “I called one of my best friends and I thought this would be an incredible moment to share with one of my favorite designers, Jeremy Scott. So he’ll be designing all of my costumes.”

MORE: Are Uggs the New Birkenstocks?

Just one costume would simply be too boring for a woman who once wore a cupcake bra, and Perry suggests you begin preparing yourself for more than one outrageous outfit. She confirmed there will be multiple looks involved saying: “That’s costumes with an “s.”

“On my real tour, the Prismatic World Tour, I have nine, ten different costumes. So I would feel very bored if I didn’t change my look at least once on the show,” the pop star explained.

MORE: 25 Starlets Who Were Sorority Girls

This news isn’t entirely surprising—Perry has counted herself among Scott’s closest celebrity friends for some time, and even made a special guest appearance on the runway at Moschino’s show last February.

Between Scott’s anything-goes, kitschy attitude toward design, and Perry’s penchant for color and sparkle, we can’t wait to see what the pair pull together. Look forward to the reveal during the Super Bowl halftime show February 1!