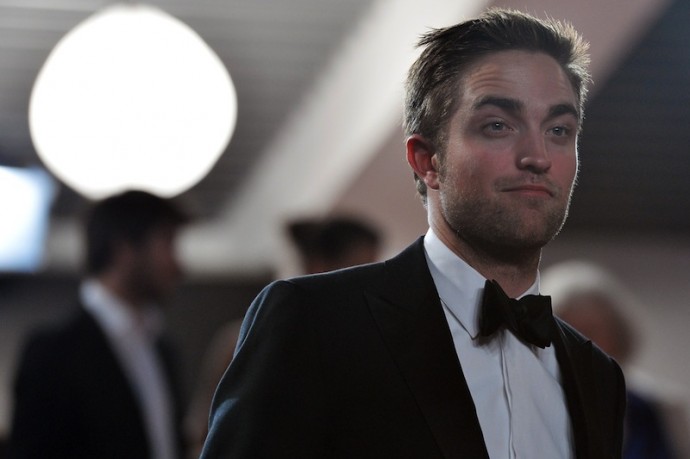 He may be one of the biggest movie stars in the world and the beau of the queen of nonchalant (the divine Miss Kristen Stewart), but Robert Pattinson couldn’t catch a break last night. Actually, to be precise, he couldn’t catch a bus.

According to TMZ, after the premiere for Katy Perry‘s upcoming movie Katy Perry: Part of Me 3D, which is essentially an ode to herself that requires awkward 3D glasses, everyone who is important in Young Hollywood was hanging out at the Chateau Marmont (there appear to have been no guns and cigarettes this round — but one can never be too sure). The motley crew included Katy herself, Justin Bieber, his main squeeze Selena Gomez, and our beloved R-Patz.

Everything was fine and dandy until someone decided that they were over it and wanted to board the party bus and head to the next spot. Katy, Justin, Selena and their respective entourages were shuttled out of the hotel in a frenzy of flashbulbs, but no one even noticed that they left Pattinson behind. The ditched Pattinson looks defeated and lonely (but adorable, obviously) as he stands outside. Come on, guys! No matter how busy and famous you are, it’s not cool to leave your friends behind.

Okay, so it’s pretty freakin’ funny regardless. Watch the video of the whole mishap here thanks to the always present TMZ paps.