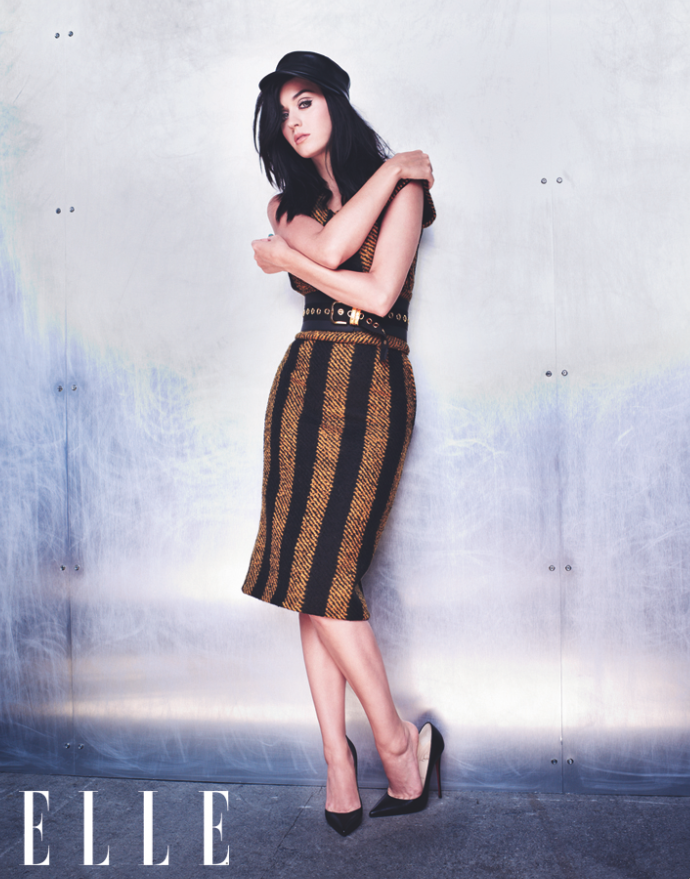 When beloved “Twilight” couple Kristen Stewart and Robert Pattinson called it quits (for now) back in May, fans were reeling. After all, the paparazzi favorites had been together for years and had seemingly survived K-Stew’s pesky cheating scandal with her then-married “Snow White and the Huntsman” director Rupert Sanders, but something just didn’t work. Oddly enough, many pointed at Katy Perry being to blame.

The 28-year-old pop star was on a break from boyfriend John Mayer at the time, and was seen stepping out numerous times by Pattinson’s side. The pop star and the press shy Brit kept mum on the issue, but now Perry is finally opening up. She covers the September issue of Elle UK, and insists that their relationship was nothing but friendly. She even went as far to disclose to the mag that she contacted Stewart to reassure her that there was no love connection between her and Pattinson.

“I sent her a text message saying: ‘I know you’ve seen all this stuff but you know I would never disrespect you. I’m not that person,'” she said. “‘I’m just trying to be a friend to him but it is unfortunate that I do have a set of tits.'” Leave it to the woman who famously wore a bra that squirted whipped cream to somehow make it about her chest!

In all seriousness, we’re glad that Perry confirmed that she wasn’t violating girl code. One of the reasons we love her is that she seems relatively down to earth for a superstar, and she proves it time and time again with her honesty and ease with the press.

MORE ON STYLECASTER:
Katy Perry on Russell Brand: ‘He Texted Me Saying He Wanted a Divorce’
Katy Perry and John Mayer Split: How The Break-Up Will Impact Her Style
Kristen Stewart’s Stylist Dishes on The Star’s Met Gala Dress and the One Trend She’ll Never Try