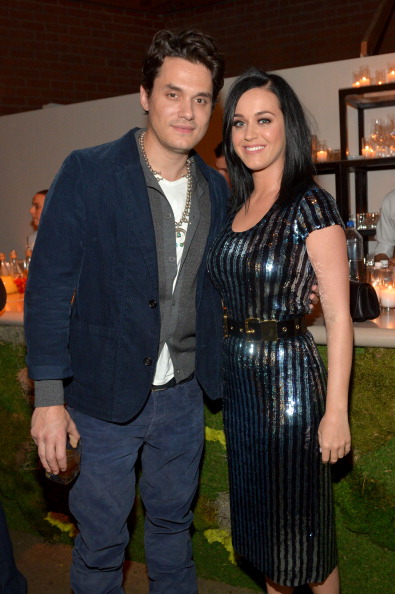 Well, that was fast: After a little under two years of on-and-off dating (and plenty of over-zealous engagement rumors), it seems Katy Perry and John Mayer have called it quits.

A source close to the musical couple told E! News that Perry broke up with Mayer during the last few days, though no reasons were given as to why. (Maybe she realized he was being a total jerk to her that one time on “Good Morning America” and wised up?)

We’re taking the rumor with a grain of salt, because the pair split last March, and it seems the new report is focusing on the fact that Mayer, 36, was “noticeably absent from Perry’s side on her recent trip to London and Milan,” which doesn’t necessarily indicate a break-up—he’s probably a busy guy.

Last week, the web freaked out when Perry, 29, showed up to the Elle Style Awards in London rocking an enormous diamond ring, igniting a flurry “they’re engaged!” reports. Clearly, it could have been a large piece of costume jewelry.

Are you sad about this split? Sound off below!