Clearly, Katy Perry was looking to have some fun with her latest music video “Birthday,” in which the pop star morphs into a parade of the “world’s worst birthday party entertainers” including an old woman, a clown, a Jewish entertainer named Yosef Shulem, and others. A little weird, we agree. 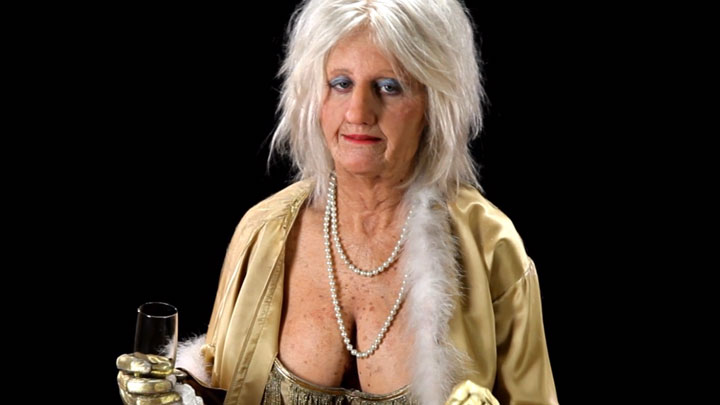 So yeah, this Katy Perry in her new “Birthday” video.

In a preview clip that hit the web today, Perry seems to be taking a page from Sasha Baron Cohen‘s playbook and transforms herself into a number of characters, including former Vegas dancer named “Goldie” complete with sagging boobs, wrinkled skin, and beaky features.

“My name is Goldie because of my golden nuggets, I was great friends with all the boys in the Rat Pack, have you heard that song The Lady is a Tramp? That might be about me,” Katy says in a meh British accent. (Side note: We don’t know about you, but we never had a washed-up octogenarian stripper at any of our birthday parties.)

The singer also becomes a Jewish entertainer named Yosef Shulem, complete with a stereotypical afro, a yarmulke and a dated mustache, saying: “I am a birthday party entertainer, I do Bar mitzvahs, I do weddings … did you hear about the rabbi who did free circumcisions? He only did it for tips.”

We know it’s all in good fun, but we’re betting some folks might take offense to that one.

Check out the clip below to see the other odd birthday party characters Katy morphs into (a clown, a princess) and let us know: Is this weird or creative?