Katie Stevens was on a plane from Montreal to Los Angeles when quarantine started. She had 10 days left of filming on The Bold Type season 4 and was in L.A. to do press for the first half of the season. However, by the time she landed, all but one of her interviews had been cancelled. She then received a call from production asking her to return to Montreal in case the borders between Canada and the United States closed. She flew back in less than 24 hours, but while she was in line at customs, Stevens received another call telling her that production was cancelled until further notice and she wouldn’t be filming the final two episodes of the fourth season. “I was devastated,” Stevens tells StyleCaster. And so she returned to her apartment in Montreal, packed up the past nine months of her life in three hours and flew home to Nashville, where she’s been quarantined with her husband, musician Paul DiGiovanni, ever since. “I haven’t left my house unless I have to go to the grocery store,” she says.

Stevens plays Jane Sloan on Freeform’s The Bold Type, a comedy-drama inspired by the life and career of former Cosmopolitan editor-in-chief Joanna Coles. Stevens’ character is a writer at Scarlet, a fictional Cosmo-like women’s magazine that covers everything from Yoni eggs to gun control. In The Bold Type’s four seasons, Jane has risen the ranks from an entry-level writer to an editor with her own vertical, a trajectory not too unlike that of Stevens, whose career started more than a decade ago from an audition on American Idol. “I never thought any of this was possible, and yet here we are,” Stevens says. “I wish I could go back to my 13 year old self and tell her it’s all going to be worth it.” 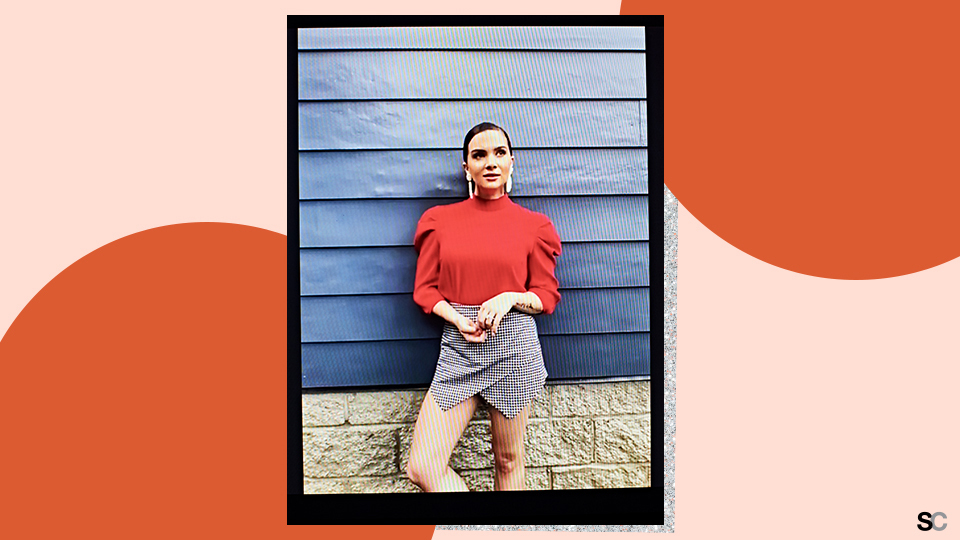 Stevens was a junior in high school when she found out American Idol would be hosting auditions in Boston, a two-hour drive from the small town in Connecticut where she lived with her parents and older brother. Though she had been performing her whole life, in local plays and theatre camps, she never considered a career as a singer. “When I was a freshman in high school, I had a dream I was on American Idol,” she recalls. “Weirdly that came to fruition. But leading up to that, I always thought, ‘Oh, that’s a dream. That’s not possible. I’m from a small town. That just doesn’t happen to people here.’”

And so with that dream in mind, Stevens left school early one day and drove with her mom to Boston to audition for season 9 American Idol. She made it past the first round, but the second audition, in front of judges Simon Cowell, Randy Jackson, Ellen DeGeneres and Kara DioGuardi, wouldn’t be until the summer. “I had to sign something that I wasn’t going to tell anybody, so I had to go back to school and tell everybody that I didn’t make it and I didn’t want to talk about it,” Stevens says.

Stevens went on to make it to the top nine and left in the middle of her senior year for the competition. After the season was over, Stevens flew back to Connecticut to walk in her high school graduation before she returned to L.A. to rehearse for the American Idol tour. When the tour was over, Stevens stayed in L.A. with the hopes of making it as a singer. “I moved to L.A. thinking I would suddenly become a pop star. That’s not what happened,” she says. 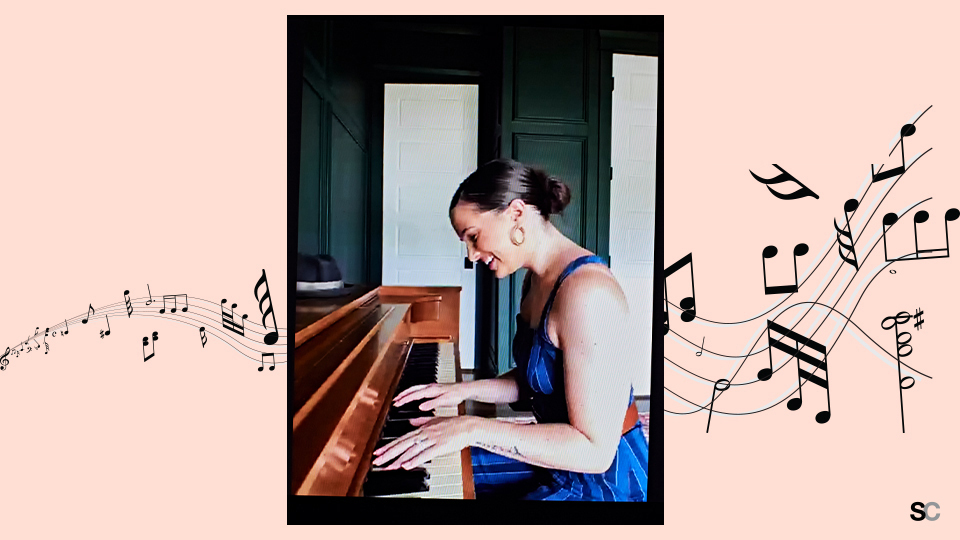 To support herself, Stevens took a job at Sprinkles Cupcakes at The Grove, an outdoor mall a block away from CBS Studios, where American Idol was filmed. “I was parking in front of the stages where I shot American Idol, getting out of my car in my Sprinkles uniform to go to work, kind of being like, ‘Wow. You’ve taken 10 steps back,’” she says. To stay busy, Stevens started taking acting classes, and through an agent she found from American Idol, she went on her first audition.

It took her four years and a heartbreaking rejection for a role on ABC’s Nashville (the character, coincidentally, was also from New England was on a singing competition) before Stevens booked her first job as the lead of MTV’s Faking It, a teen comedy in which she played a high school junior who falls in love with her best friend. Though the series was cancelled after three seasons, Stevens still remembers what it meant to the LGBTQ+ community at the time. “We had so many people at Q&As, who would tell us, ‘Hey, I came out after watching this. You guys gave me the push I needed. I’m in love with my best friend and I finally told her,’” Stevens recalls.

I only want to work on projects that represent people and make people feel seen and heard.

After Faking It was cancelled, Stevens had meetings with networks including FOX and NBC. But it was her meeting with Freeform that resonated the most with her.  “I remember walking in and meeting their executives, who were three badass women,” she says. During the meeting, the executives presented her with several pilots. “They told me about how they had a mermaid show and they were doing a spinoff of The Fosters,” Stevens realls. “Then they said, ‘We also have this other show that’s going to be a Sex and the City meets The Devil Wears Prada.’ And I was like, ‘Zing!’” Stevens read the script and asked to audition for Jane. After several rounds of auditions and tests for the studio and network, Stevens booked the part and was off to Toronto to shoot the pilot. 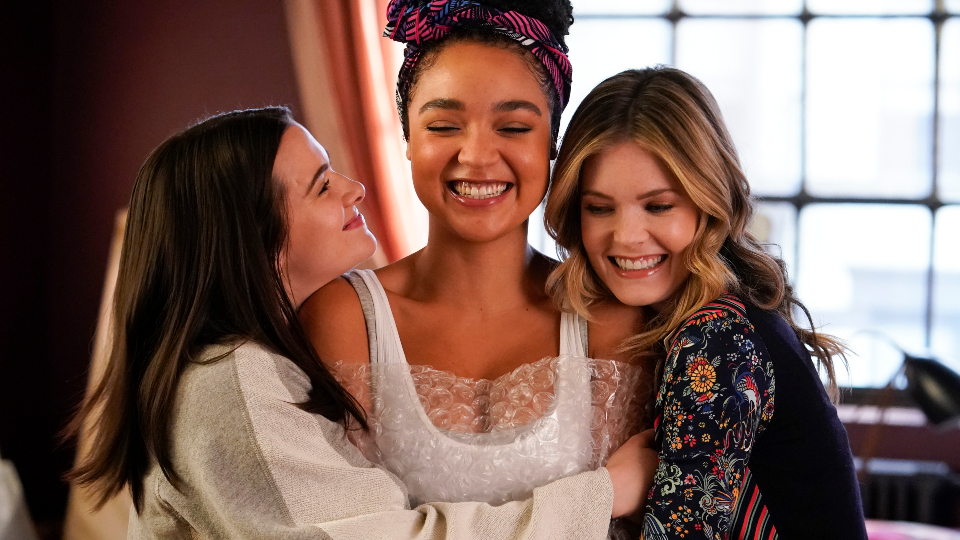 After its first season, The Bold Type went on to become a success among critics and viewers for its authentic take on real-life issues. Specifically, the series earned a lot of praise for its season 1 finale, “Carry the Weight,” where Jane interviews a survivor of sexual assault. The episode, which aired a month before Harvey Weinstein was accused of sexual assault by dozens of women in The New York Times, ended with Jane’s boss, Scarlet editor-in-chief Jacqueline Carlyle, revealing to her that she too is a survivor of sexual assault. “We wanted to make sure that we were telling that story respectfully and authentically, and I’m so happy it was received so well,” Stevens says. “It definitely makes me look at projects differently. Now I only want to work on projects that represent people and make people feel seen and heard where they otherwise don’t.”

The only way it’s going to change is if we, as white people, check our privilege.

In season 2, Jane has an argument with her best friend, Scarlet social media director Kat Edison and one of the few Black employees at the magazine, about her white privilege after Jane is rejected from a job to increase diversity. “We’ve all been living in this world where white people are afraid to address their privilege. They don’t know how to talk to their friends who are people of color,” Stevens says. “We did that episode so long ago, but it’s so relevant today with the Black Lives Matter movement and people coming from a place of figuring out how we can continue to be allies and be anti-racist.”

Aisha Dee, who plays Kat, has been outspoken about race both in front of and behind the camera on The Bold Type. In July 2020, she called out the series for its lack of Black writers, directors, executives and hairstylists. “One of the first things that I learned about Aisha is, growing up in Australia, she wanted to be an actor because she didn’t see herself on TV. She wanted other little girls to see her and see themselves,” Stevens says. “I see myself in every movie, in every TV show, in every magazine. That needs to change and the only way it’s going to change is if we, as white people, check our privilege and allow others to get ahead because we’ve benefited from systemic racism. I continue to learn so much from Aisha.” 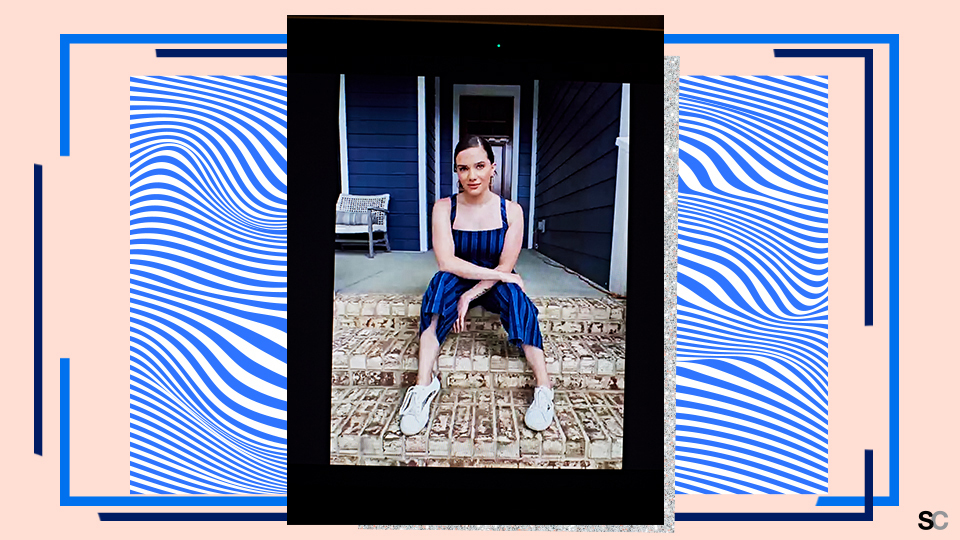 Season 4 sees Jane undergo a double breast mastectomy after she discovers a lump in her breast, four years after she tests positive for the BRCA mutation, an abnormality in the BRCA1 or 2 gene that increases the risk of breast cancer. The storyline came at a time when Stevens discovered a lump in her own breast after she took a shower before work one morning and found a lump when she performed a self breast examination. “It was three weeks before my wedding,” Stevens says. “My husband’s mother passed away from breast cancer when he was 15. It was a whole bunch of crazy emotions running through me.” Panicked, Stevens pulled a producer aside later that day and was set up with a breast specialist and an ultrasound, which determined that the lump was a benign tumor that she would need to monitor every six months. “The writers didn’t even know this happened to me, so right after that, I got the episode where Jane finds a lump in her breast and decides to get a preventative double mastectomy. It was like art imitating life in a really weird way,” Stevens says.

Jane’s taught me to be fearless and to ask for what I want.

As for season 5, Stevens hasn’t heard anything about if The Bold Type is renewed for another season, but she’s hopeful the show will return to film the final two episodes that were cancelled due to the pandemic. “The hope is we finish those episodes and have those be a part of season 5,” Stevens says. “I’m super hopeful. I don’t want the show to end, especially on an episode that wasn’t supposed to be our finale and now is. Hopefully we continue to tell the stories.”

If The Bold Type is to end after season 4, Stevens has already taken away a lot from Jane, whose career has inspired her to take her own future into her hands. “I’ve learned so much. I went into what I want with apprehension, and Jane goes into what she wants knowing that she wants it and knowing that she’s going to go after it whatever the outcome,” Stevens says. “She’s taught me to be fearless and to ask for what I want because the worst I can be told is no. I think that’s really powerful.”