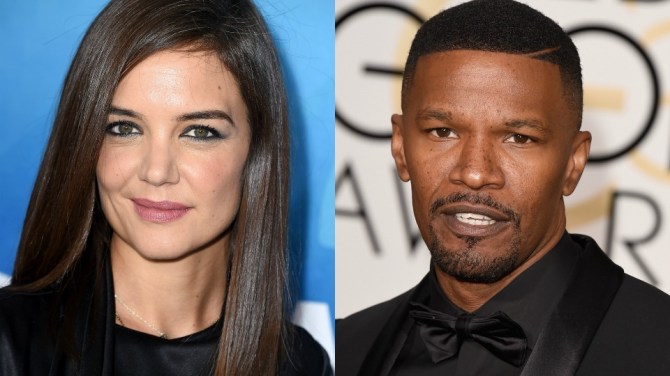 Calm down, everyone: Katie Holmes and Jamie Foxx didn’t get married in secret, despite the semi-hysterical headlines that dominated the tabloids last week thanks to the fact that both stars were spotted wearing bands on their ring fingers.

“The marriage rumor is completely false,” a rep for the Oscar-winning actor told the New York Post’s Page Six, while a spokesperson for the actress insisted she “is not married or engaged to anyone.”

Among the magazines perpetuating the rumor was OK!, which said not only that they were engaged but that Katie’s pregnant with Foxx’s baby, with a “source” revealing, “The buzz started around Valentine’s Day that she’s almost three months along and that they’re having a girl.”

The couple has been quietly dating since 2013, although neither member has ever publicly confirmed it.