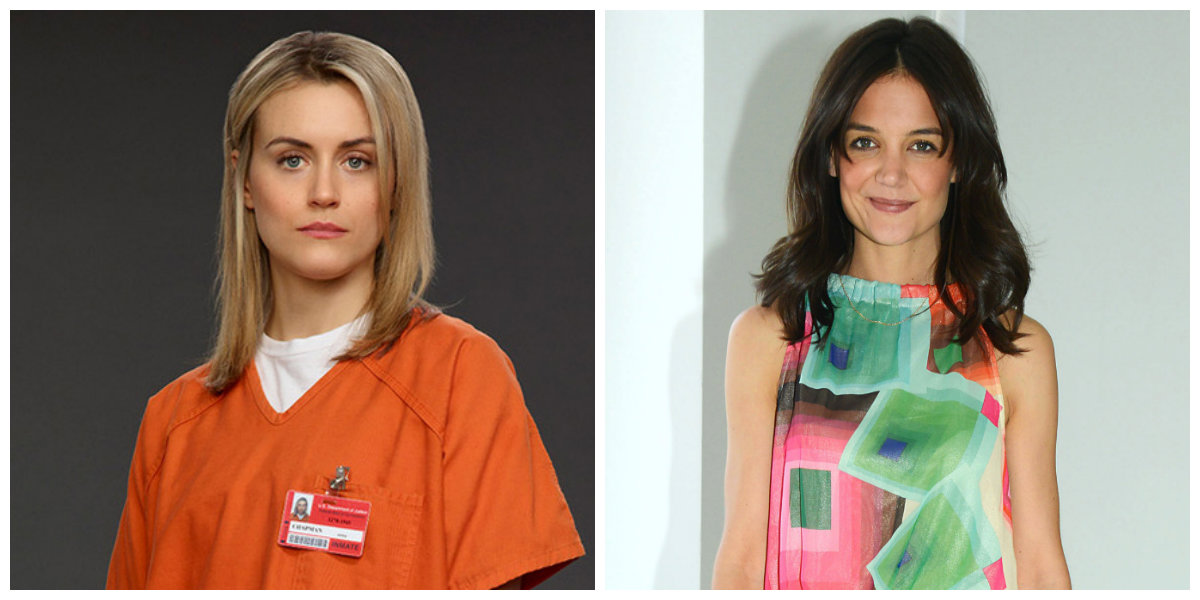 In a bit of interesting casting news, it seems Katie Holmes was very nearly cast as Piper Chapman on Netflix’s mega-hit “Orange Is The New Black.”

The series’ creator and showrunner Jenji Kohan told E! Online‘s Marc Malkin that conversations were had with Holmes, 35, about playing the bisexual, drug-smuggling yuppie turned jail inmate now played by newcomer Taylor Schilling, but suggested the actress was too busy.

“[Katie] had other things to do. And also in the beginning, no one knew what this was,” Kohan said.

As is often the case when big stars are nervous about taking a chance on a small show, “OITNB” went on to become a huge success, having been nominated for 12 Emmy Awards, and becoming serious water-cooler fodder

Last weekend while promoting her upcoming film “The Giver,” Holmes joked Malkin that if she ever were on the show, she could finally show off her tattoos.

MORE: Whoa! See What The ‘OITNB’ Cast Looks Like in Real Life

“No, I don’t have any tattoos,” she added with a laugh. “My child would kill me.”

Personally, we think Schilling kills it, but we also can certainly see Holmes playing the role of Piper, too.

What do you think? Would Katie Holmes have been a good choice for “Orange is the New Black?” Weight in below!