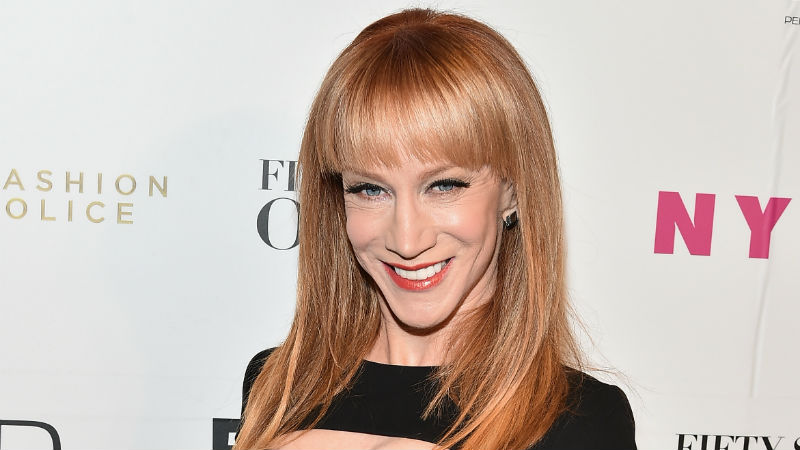 File this under news we didn’t see coming: Kathy Griffin has just announced via Twitter that she is leaving E!’s Fashion Police—after just seven episodes.

Griffin’s departure is even more surprising given the brief amount of time she has been on the show to begin with.

When I chose to step into the shoes of my beloved Joan Rivers at Fashion Police, I was thrilled to continue her legacy as a woman being brash and eccentric on television. I am a freedom-loving female and gay rights activist who loves to find the funny in all people, attitudes, beliefs, and appearances but only when the context permits intelligent humor. I thought that I could bring my brand of humor to Fashion Police so that beautiful people in beautiful dresses could be teased when appropriate. My brand of humor, while unrepentant and unafraid, is all about CONTEXT. There is plenty to make fun of in pop culture without bringing people’s bodies into it…Listen, I’m no saint–I’m a feminist AND a Gurrrl who loves an offensive joke or well-timed barb and you will find plenty in my repertoire.

But I do not want to use my comedy to contribute to a culture of unattainable perfectionism and intolerance towards difference. I want to help women, gay kids, people of color and anyone who feels underrepresented to have a voice and a LAUGH! That has been my platform for decades and my body of work speaks for itself. After 7 episodes of Fashion Police, I discovered that my style does not fit with the creative direction of the show & now it’s time to move on.

While Griffin did not explicitly mention the drama surrounding Rancic’s comments, she did address them directly in the Chicago Sun Times’ Splash magazine saying she “wouldn’t have said the joke in the first place.”

Following Griffin’s announcement via social media, E! confirmed the news in a statement saying: “We can confirm that Kathy Griffin is leaving E!’s Fashion Police. We wish her all the best and are grateful for her time on the show, as well as the many laughs that she gave us all.

Fashion Police will return, as scheduled, on Monday, March 30 at 9 p.m. with our talented co-hosts Giuliana Rancic and Brad Goreski and Executive Producer Melissa Rivers.”

With Griffin leaving “Fashion Police” we have to wonder, what’s the future of the show now?

Weigh in below with your thoughts on Griffin’s departure!