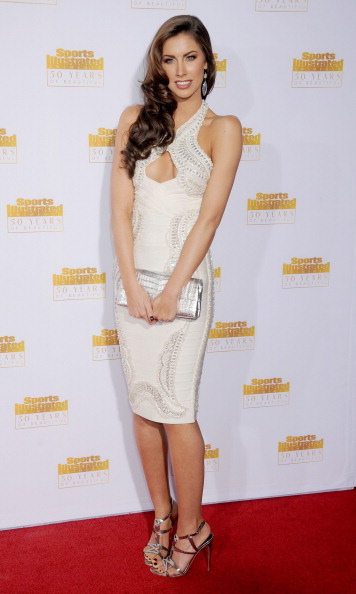 We’ve been noticing lately that the name Katherine Webb keeps on popping up everywhere we look, and for good reason: The beauty queen and model got engaged Sunday to her longtime boyfriend AJ McCarron, 23, a former University of Alabama quarterback headed for May’s NFL draft.

However, the real reason most people know the 24-year-old—or at least those who follow sports—is due to the national attention she received during the 2013 BCS National Championship Game telecast, in which announcer Brent Musburger gushed about Webb when a camera focused on her in the stands. Musburger referred to her as a “lovely lady” and “beautiful,”and quipped to his broadcast partner, former quarterback Kirk Herbstreit “You quarterbacks get all the good-looking women.”

The comments about her looks seemed pretty harmless, but it started a thing, with some people accusing the announcer of sexism. Needless to say, this afforded Webb a lot of publicity, and the Georgia native started talking about the incident on morning television, and on various radio shows. 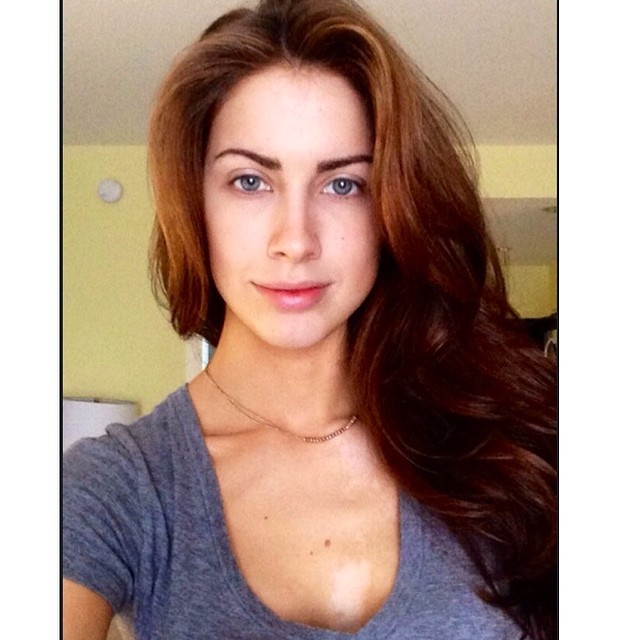 In the interest of keeping you posted on everyone that’s worth knowing, here are 5 things to know about Katherine Webb.

2. She had a fast food gig
Even after her pageants, Webb worked at Chick-fil-A in Columbus, Georgia as a training director. 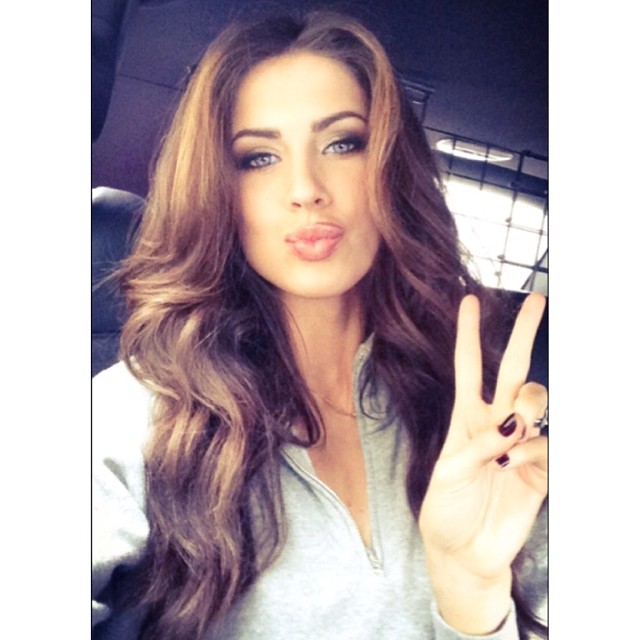 3. The Musberger incident boosted her social media following and online presence
After the televised incident, Webb’s Twitter following jumped from about 2,000 to over 175,000, and included LeBron James. The next day, the phrase “AJ McCarron girlfriend” was one of Google‘s highest trending terms, with over 1 million searches. 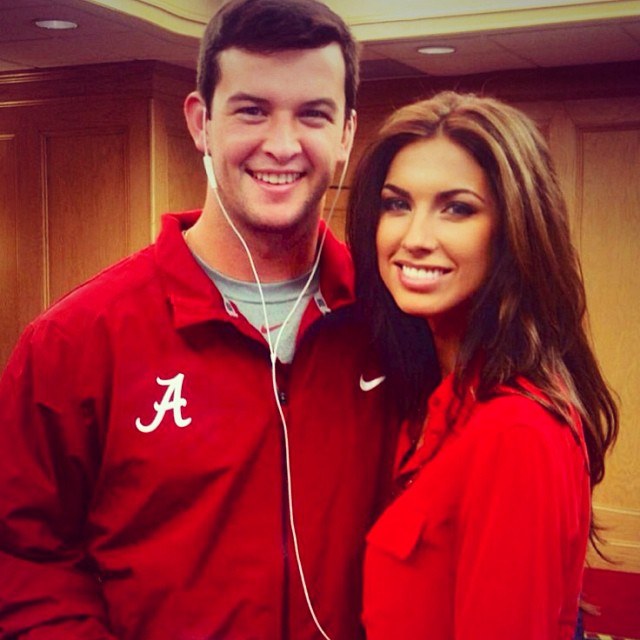 5. She appeared on that reality diving competition
Another result of the Musberger clip? Webb landed a spot on “Splash” ABC’s competitive diving reality show. She withdrew in the fifth week due to a back injury.