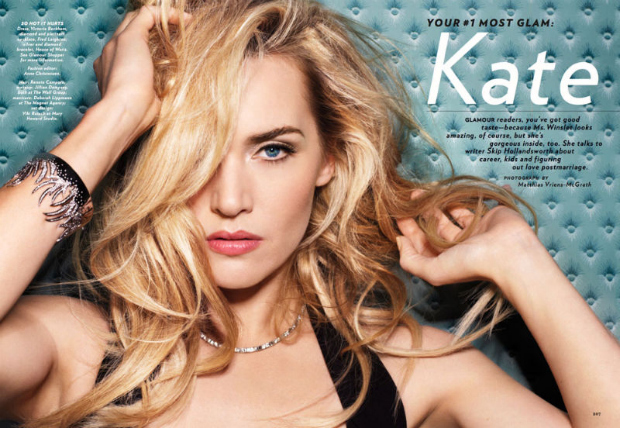 Yesterday, news broke that Oscar-winning actress Kate Winslet had tied the knot for the third time. Many were perplexed, as her dating life has flown way under the radar following her break-up with hunky Burberry model Louis Dowler. Her rep confirmed  the nuptials, stating, “I can confirm that Kate Winslet married Ned RocknRoll in NY earlier this month in a private ceremony attended by her two children and a very few friends and family. The couple had been engaged since the summer.” After reading the statement, we were still a bit confused—who is this Ned RocknRoll, and what were the details of their private wedding?

The Groom: Obviously, Ned RocknRoll isn’t his given name. The 34-year-old businessman was born Abel Smith, and he has fantastic lineage: He’s the nephew of Virgin Group founder and notorious British billionaire Richard Branson. Rocknroll is enjoying the fruits of his uncle’s labor, working for Branson’s company Virgin Galactic with a handsomely paid gig. He used to be married to British socialite Eliza Pearson, an heiress who also dated Jared Leto.

How They Met: During the summer of 2011, Winslet was on holiday on Branson’s famed Necker Island with beau Louis Dowler and her two children. Tragedy struck when Branson’s $70 million mansion caught fire and guests had to evacuate, including Branson’s mother. Branson told media, “My mother’s 90 years old and, in order—although she can walk—in order to speed the process up, (Winslet) picked my mother up and carried her, carried her out of the house, and so Kate helped rescue my mother.” Obviously, Winslet was in good with the Branson family after she helped save their matriarch, and she met Ned that weekend.

The Wedding Guests: Neither of the duo’s parents were present at the secret wedding, said to have taken place at a resort in the idyllic Catskills in upstate New York (think “Dirty Dancing”). However, Ned’s brother Jack was present, as were Winslet’s children (Mia, 12, and Joe, 8). A few close friends were said to be there, including Leonardo DiCaprio, Winslet’s “Titanic” costar, who reportedly walked her down the aisle.

The Rings: The couple is close with Charles Goode, the famed jeweler responsible for royal Zara Phillips‘ engagement ring. No word on the rings’ exact designs, but multiple sources claim they exchanged matching £250,000 platinum bands encrusted with diamonds. With a net worth of $35 million, she can certainly afford whatever she wants, and although exact figures of his finances aren’t available, we’re guessing his pockets are pretty deep.

The Gifts: Winslet’s wedding gift from Ned and his uncle is one of the most unique and amazing we can imagine: a trip to space! The much publicized flights on the Virgin Galactic are selling for about $250,000, and people on board already include Ashton Kutcher, Russell Brand (a gift from Katy Perry), and Stephen Hawking.

There’s no word yet on the dress, but given it was a low-key ceremony (not to mention her third marriage!), we can only imagine she opted for something like the gorgeous Atelier Yves Saint Laurent by Stefano Pilati grey evening gown she wore at the 2009 Oscars. We’ll keep you posted!