It has been 17 (gasp!) years since a nude Rose posed for Jack as he sketched her in “Titanic.” The scene is arguably one of the most memorable moments in film history, but for star Kate Winslet, apparently it’s a scene she’d rather forget.

Case in point: a fan was photographed handing her copy of the portrait at the red-carpet premiere of her latest film, “Divergent.” “I don’t sign that [picture]. It feels very uncomfortable. Why would you do that?” Winslet told Yahoo! Movies U.K. of whether or not she autographed the photo. “People ask me to sign that a lot.”

The 38-year-old continued: “There’s a photo of it as well that someone has lifted from a still of the film, and that photo gets passed around too. I’m like ’No! I didn’t mean for it to be a photograph that I would end up seeing still 17 years later. It’s still haunting me. It’s quite funny really.”

MORE: 10 Movies That Nearly Had Other Endings

Evidently it’s a moment Winslet didn’t think would follow her. So let this be a lesson learned for young girls everywhere: don’t pose topless for an onscreen portrait–even if it’s being drawn by Leonardo DiCaprio. 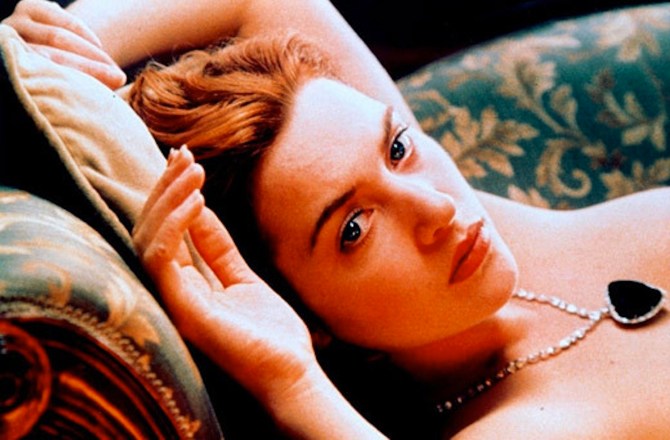