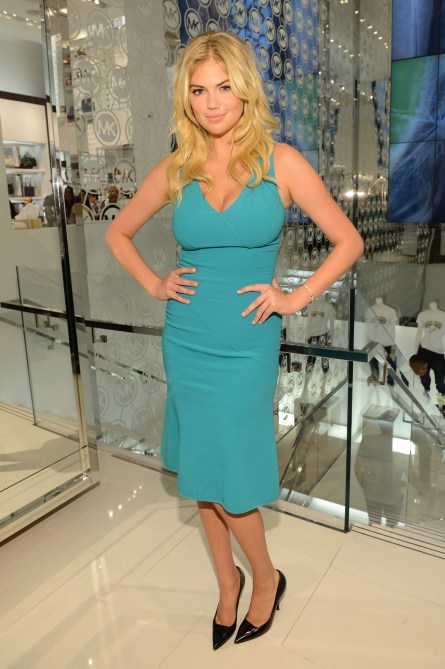 She’s covered everything from Sports Illustrated to Vogue, but it seems model Kate Upton‘s next gig doesn’t revolve around high fashion, but rather something a little more all-American: starring in a Super Bowl commercial. This seems like a logical next step for the 20-year-old Floridian, who made serious headlines for the barely-there bikini she wore on the cover of last year’s Sports Illustrated Swimsuit Issue.

According to Page Six, Upton is set to appear in an ad for Mercedes-Benz (a slightly ironic campaign, considering the bombshell lacks a driver’s license). Reportedly, the commercial’s theme will be “a tongue-in-cheek depiction of how far a person might—or might not—go to get their heart’s desire.” Naturally, Upton will be playing the “object of desire.” No word yet on what she’s wearing, but our guess is Anna Wintour would most definitely not approve.

Although it may seem like a step back for the model, who’s been notably embraced recently by the notoriously exclusive fashion community, we can’t knock her for this one. Chances are she’s getting paid famously.