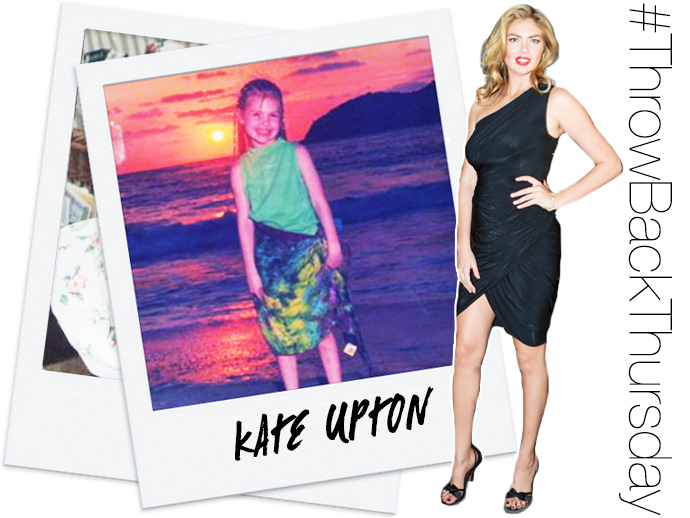 More #TBT: See Miley Cyrus in 1995 Before the Twerking Days

To be Kate Upton right now is a pretty marvelous thing. The 21-year-old blonde bombshell was met with praise from men all over the world for her first Sports Illustrated Swimsuit Issue appearance back in 2011, but the fashion industry did not immediately take to her. In fact, while she seemed like a shoo-in for a Victoria’s Secret gig, but a casting director proclaimed that she was too obvious and had looks that anyone with money could buy.

But in the last year it’s all turned around for Upton. Just last night, she was recognized as the Model of the Year at the 10th Annual Style Awards, and earlier this week, she covered the 100th anniversary issue of Vanity Fair channeling some serious Marilyn Monroe old Hollywood glam. It’s safe to say that she’s made it!

More #TBT: See What Anna Wintour Looked Like in 1988

Although she wasn’t always the toast of the snobby fashion industry, she’s always lived a fairly charmed life. Her great-grandfather, Frederick Upton, was a main founder of the Whirlpool Corporation—as in, she basically is an heiress to the washing machine dynasty. As an additional fun fact, Frederick was the first man to allow his employees a week of paid vacation. Thanks! Additionally, her uncle is a congressman.

Upton was raised in Florida, where she became a competitive equestrian from a young age. Here she is, years before her slinky red carpet dresses, looking absolutely adorable in a tie-dye sarong and some cornrows. We think it’s a look she should bring back now?

What do you think of this week’s #ThrowbackThursday? Who would you like to see next week? Let us know!