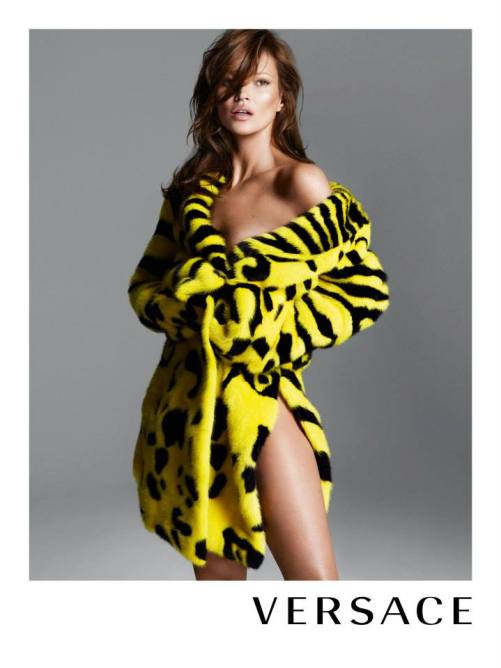 Watch out Cara Delevingne! Versace just shared images from their fall ad campaign, and supermodel to beat all supermodels Kate Moss has a starring role. The British bombshell looks as amazing as ever in the images, shot by Giovanni Bianco, wearing little more than fur and leather.

While there’s certainly something to be said for the trendy brooding faces of the current “It” girls, we have to say, were we forced to choose between them and the sensual stares of the Kate Moss-era supermodel, we’d have some serious thinking to do.

What’s more, Kate’s look in the Versace ads seems to recall her early modeling days, with her original brunette hair and made up to look like she’s, well, not wearing makeup.

There’s one shot in particular, where Kate poses with three stategically-placed handbags, in which the 39-year-old  looks remarkably young and fresh-faced. Check out the shot, and then look at her iconic 1993 Calvin Klein Obsession ad below it. Don’t they look eerily similar? She even has the same pout going on. 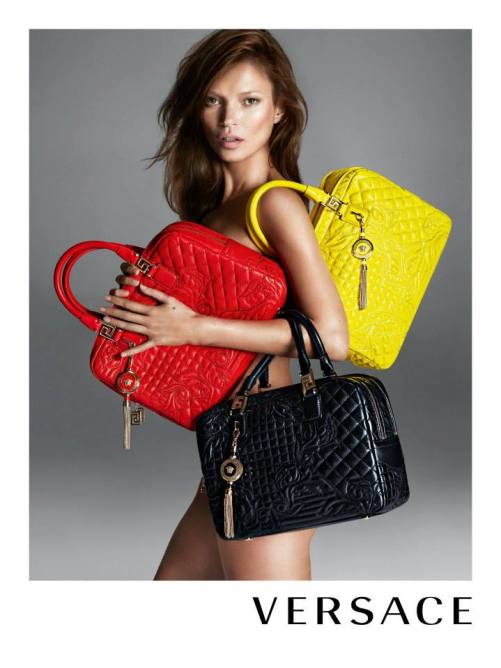 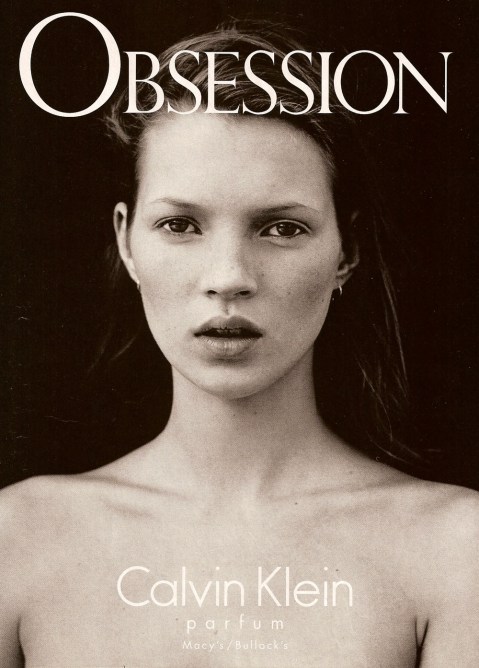 So which Kate do you prefer? Tell us in the comments below!

MORE KATE ON STYLECASTER:
Kate Moss Is Definitely Posing For Playboy
Kate Moss’ Street Style: How To Get Her Effortlessly Cool Look