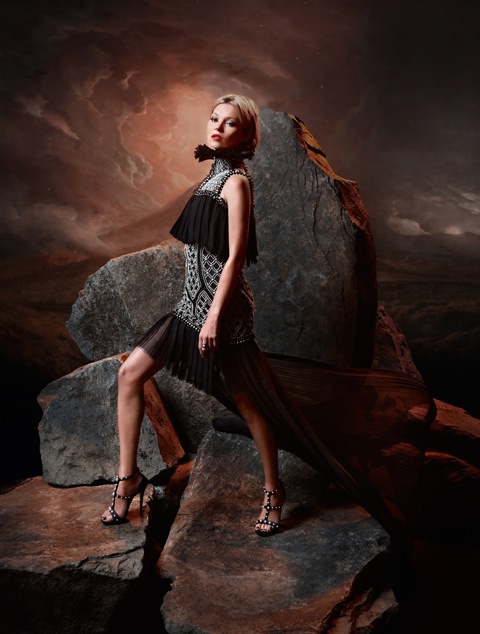 How many models get an entire magazine dedicated to them when they’re celebrating the 25th anniversary of being “discovered”? The answer: only one. Kate Moss.

The supermodel and fashion icon, who was discovered 25 years ago by legendary fashion scout Sarah Doukas, covers the current issue of Net-a-Porter’s new fashion magazine The Edit, which just went live on Net-a-Porter. In this shot from the inside spread (above!), Moss wears head-to-toe Alexander McQueen, the label for which she has always been a prominent muse and collaborator. Moss was captured by photographer Mat Collishaw for the issue.

And that’s not all! To celebrate 25 years as one of the world’s biggest supermodels, Kate is also getting a special Christie’s retrospective auction in her honor, which will peddle “a selection of works in various media celebrating Kate Moss as a global style icon.” That will take place September 25.

Head over to Net-a-Porter to see the rest of the spread and learn more about Kate’s journey to model stardom!