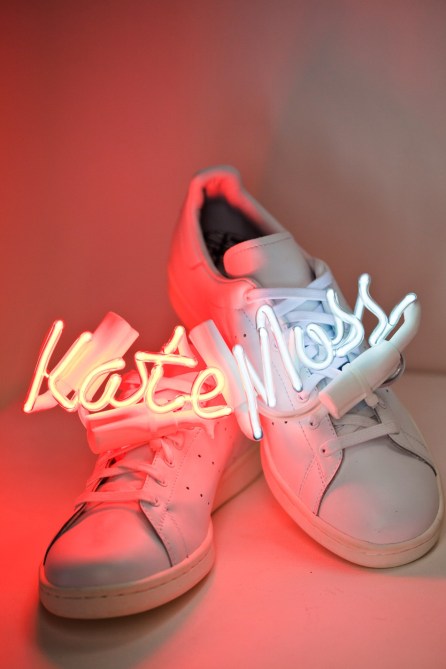 In their ongoing mission to re-establish themselves as the ultimate supermodels, Kate Moss and Naomi Campbell have collaborated with Adidas on a line of sneakers that are avant-garde, to say the least. The creations will be auctioned off to benefit the U.K. lesbian, gay, and bisexual charity Stonewall, according to Vogue.

The auction kicks off any minute now, scheduled to go live this afternoon at Platform 6. Other stars who have contributed designs to the cause include Sir Elton John, William Baker, and Kylie Minogue, whose sneakers are adorned with wristbands, buttons, and other paraphernalia from her concert tours. 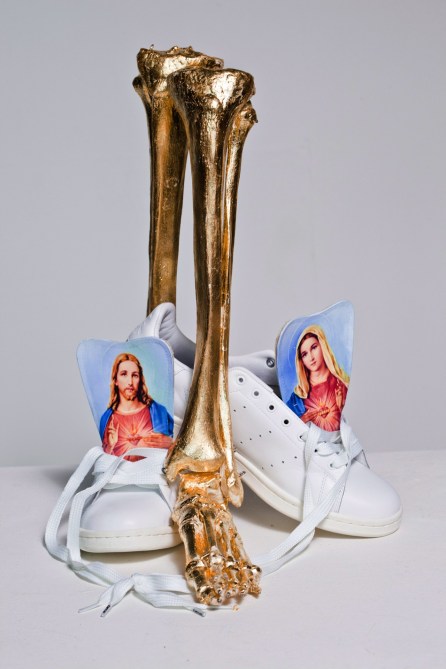 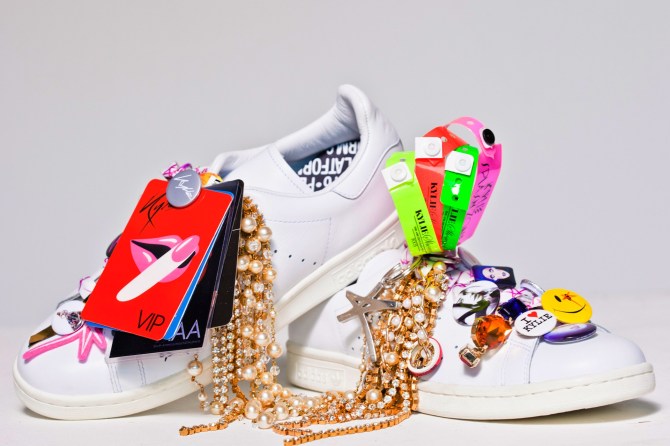