Who’s ready for springtime in London? According to a statement released by the Royal Palace, Kate Middleton will welcome baby number two next April. 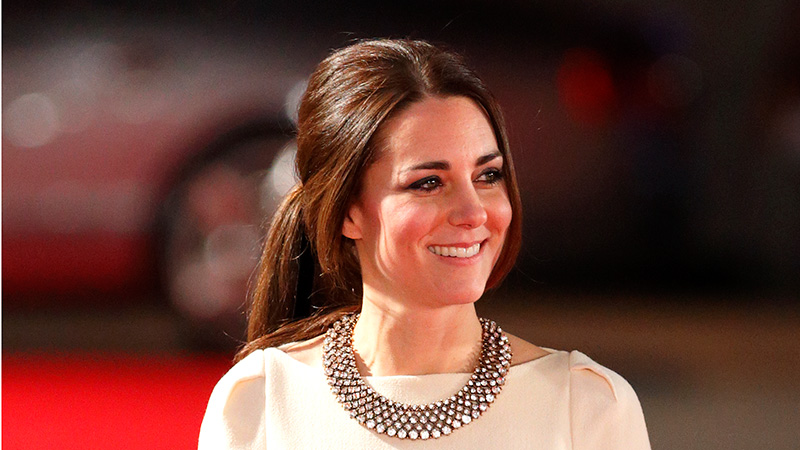 Hyperemisis Gravidarum is essentially a more aggravated form of morning sickness that hospitalized Kate during her first pregnancy with Prince George in December 2012.

The statement also confirmed that Kate will make her first public appearance since she announced her pregnancy, tomorrow, October 21: “The Duke and Duchess of Cambridge will greet The President of the Republic of Singapore and Mrs. Tony Tan Keng Yam on behalf of The Queen at the Royal Garden Hotel, London as part of the State Visit. Their Royal Highnesses will then travel with The President and Mrs. Tan to Horse Guards Parade, where The President will receive a Ceremonial Welcome.”

But that’s not all! The Duchess of Cambridge is adding a third event to her busy day—she’ll also attend the Wildlife Photographer of The Year 2014 Awards Ceremony at the city’s Natural History Museum.

It’s great to know her condition is improving and she’s able to complete her royal duties, but here’s the real question—what will she wear?