She may be the mother of England’s future king, but that doesn’t mean this royal is immune to being a tad thrify. It’s no secret Kate Middleton loves wearing her dresses more than once, a surprising trait for a woman who could easily never repeat a look. For a Feb. 17 Buckingham Palace reception honoring TV and film royalty, the 32-year-old Duchess of Cambridge stood out in a red hot Alexander McQueen dress, one she previously wore in 2012 for the Diamond Jubilee festivities in London. And it’s not the first time Middleton put her thrifty side on display.

Sale guru Mark Ellwood, author of “Bargain Fever: How to Shop in a Discounted World,” is all too familiar with Middleton’s love of making the most out of her wardrobe. While researching for his book, Ellwood tells The Daily Mail he chatted with a Reiss outlet store employee who confirmed that Prince William’s wife is a fan of saving big.

“She said, ‘Oh, its Kate Middleton — she’s in here all the time,” says Ellwood. “‘You look up and there’ll be Kate and her same two friends going through the 60 percent off rack. You have no idea she’s there and security must be outside, but she comes in all the time.’”

But why the fashion repeats? According to stylist Marcus Stewart, Middleton is actually sending a bold message to the world in consciously sticking to her beloved favorites, inspiring women to be just as thrify, as opposed to splurging on the latest trends.

“This is huge. It takes the pressure off of consumers to acquire so much and it actually humanizes us all a bit more. Now we are able to relate a bit more with the Duchess,” explains Stewart. “It’s so much bigger than a lack of clothing or the Duchess running behind schedule. It’s her saying, ‘We are all the same.’ It’s actually less about fashion and more about making a strong political statement.”

And how can anyone be thrifty like the royal? It’s all about looking for timeless pieces that can be worn for any occasion, as well as having the confidence to proudly wear them  while changing up your look with simple accessories or the right pair of shoes.

“I always shop for multipurpose items for my clients,” says Stewart. “If you wear the Prada shirt dress with flats and a woven belt during the day, don’t be afraid to wear it again at night with a strappy open toe high-heel sandal and beautiful statement jewels. Fashion is meant to be enjoyed and lived in.”

For some inspiration to get your fashion recycling on, check out some of Middleton’s many stylish repeats below: 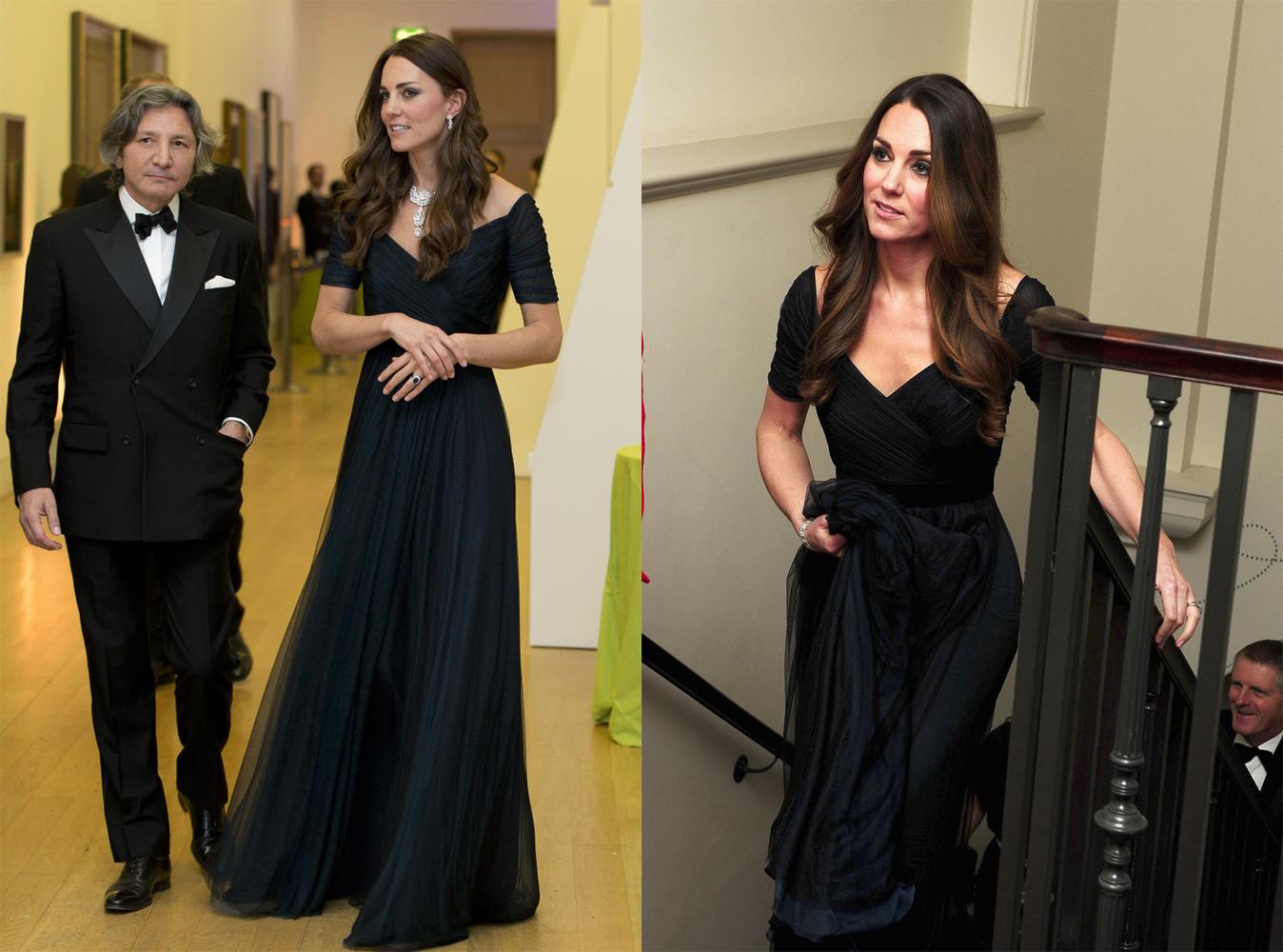 JENNY PACKHAM
LEFT: Attending the National Portrait Gallery in London wearing Queen Elizabeth’s diamonds in February 2014.
RIGHT: Arriving as the guest of honor for the 100 Women in Hedge Funds gala dinner in October 2013. 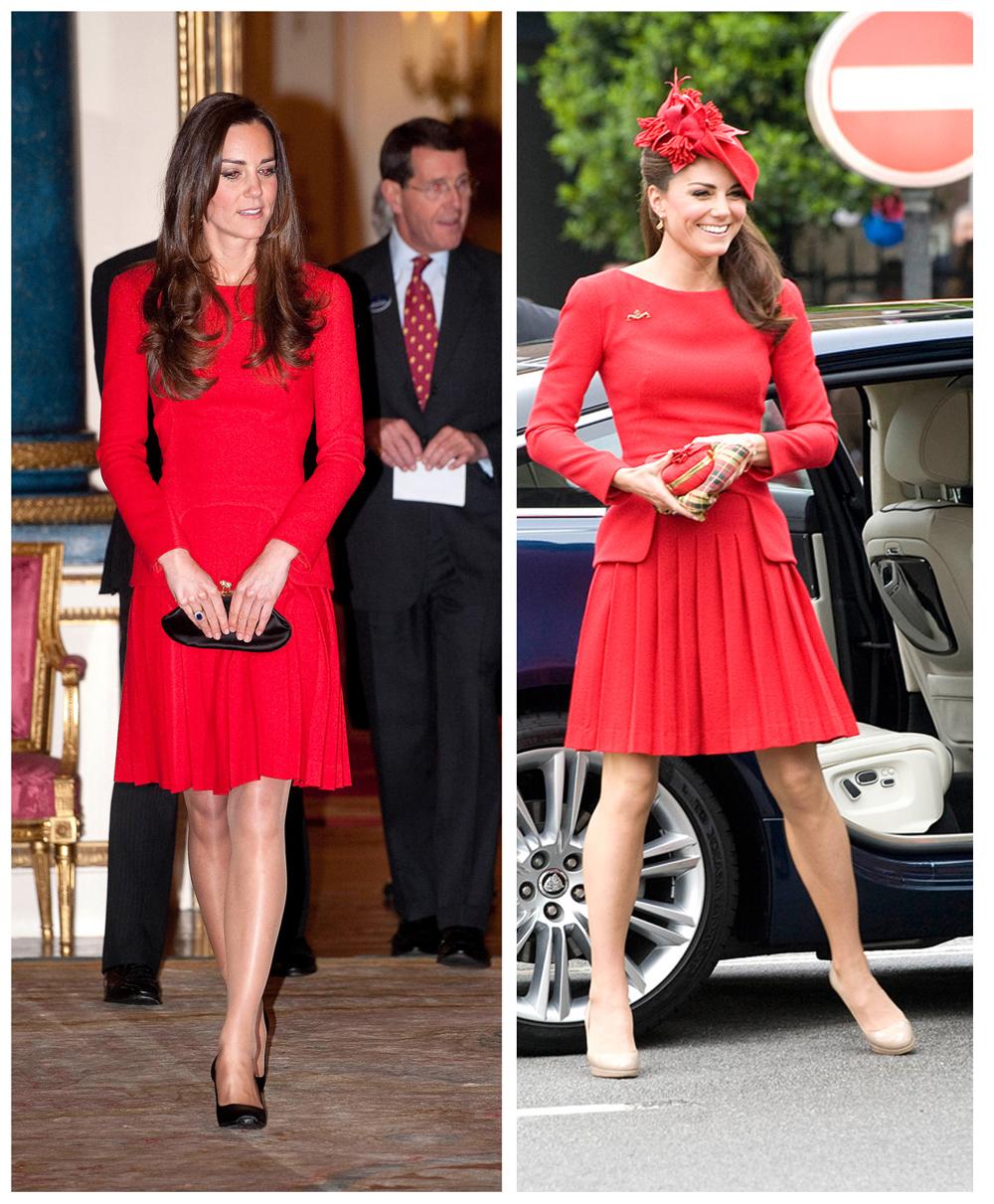 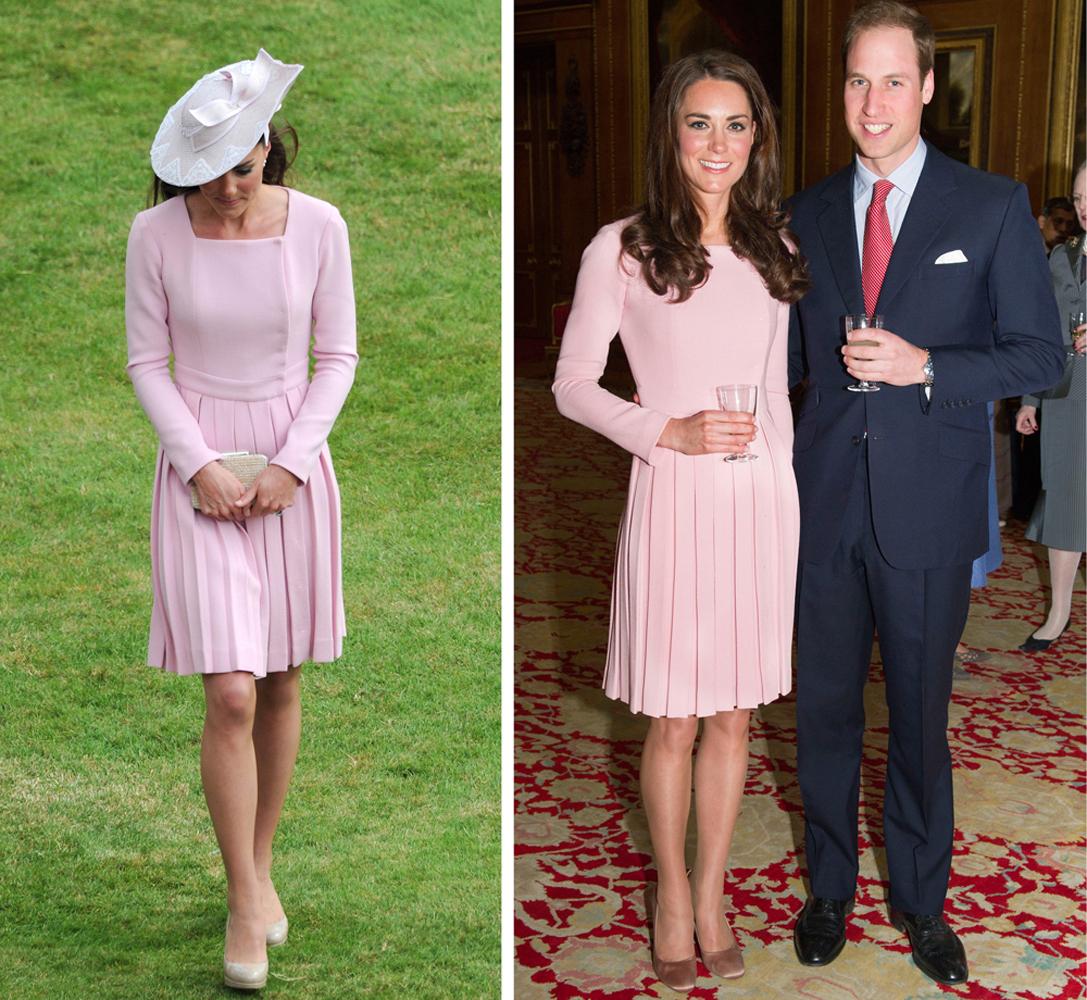 EMILIA WICKSTEAD
LEFT: Attending a garden party at Buckingham Palace on May 29, 2012.
RIGHT: Posing with Prince William during a reception before Queen Elizabeth’s Diamond Jubilee lunch on May 18, 2012.

To see many more repeat looks by Kate Middleton, head over to Fox News Magazine now!

MORE FROM FOX NEWS MAGAZINE
WATCH: Drink Like a Kardashian
WATCH: Dita Von Teese on How to Buy Lingerie
Pantone’s Top Colors for Fall 2014: How to Rock Them