A weekend in the country—how amusing, how delightfully droll! Kate Middleton and Prince William’s secret romantic date in the country was absolutely adorable. The couple was seen enjoying some alone time together, a trip that has come just shortly after all of these affair rumors. Which, to be clear, were all BS. We’re not entirely surprised—hearing that Prince William cheated on Middleton was like hearing a cat flew himself to the moon. (That’s a saying, right…?) Anyway, the photos from their cute little getaway are perfection and serve as proof that the Duke and Duchess of Cambridge are an absolute treasure.

The couple’s destination of choice? The Inn on the Lake in Ullswater in Cumbria. According to a spokesperson for the hotel, Prince William and Middleton “came and had afternoon tea with us at the Inn on the Lake,” and then took that tea up into one of the luxury bedrooms…oh la la. The little town in North West England seemed the perfect destination for a quiet trip, although fans quickly noticed the couple and snapped a few shots. We find it hard to believe the royal couple can go anywhere without attracting attention. Even the hotel ended up sharing photos of Prince William and Middleton on their Instagram page (we’re guessing the Duke and Duchess approved of the announcement.)

The Inn on the Lake’s Instagram caption read, “Our Sales Manager Teresa and Dani, one of our Hotel Directors both had the pleasure of meeting the Duke and Duchess of Cambridge!”

A post shared by Inn on the Lake (@innonthelakeweddings)

This trip was probably part of Middleton and Prince William’s exploration of their relationship. According to a source at Us Weekly, the couple have been “examining” their relationship following all of the affair rumors. “The affair rumors turned out to be a good thing for them in the end. Kate finds the rumors hurtful, obviously, and hates the thought that one day her children will be able to read about them online. It forced her and William to sit back and examine their relationship, which they realized they should have been doing more often.” Well…it’s always good to look at things with a silver lining. But it’s also proof that being a royal and being in the spotlight comes with many shadows too, one of which being the rumor mill.

But never fear, they really do look as happy as ever. Earlier on Tuesday, the couple traveled to the mountainous area of Lake District. They talked to some farmers and even got their hands a bit dirty by sheering some sheep! Prince William had no issues with his sheep. But when the royal mom of three stepped up, her sheep was a bit more hostile. The sheep was kicking wild as Middleton attempted to sheer it, but she totally handled it like a pro. Is there nothing she can’t handle?

We’re v impressed, Kate. V impressed. And in case you needed a cuteness overload—Prince Louis made his first public royal event appearance with the rest of his family during the Trooping The Colour ceremony on June 8. Look at this amazing fam! 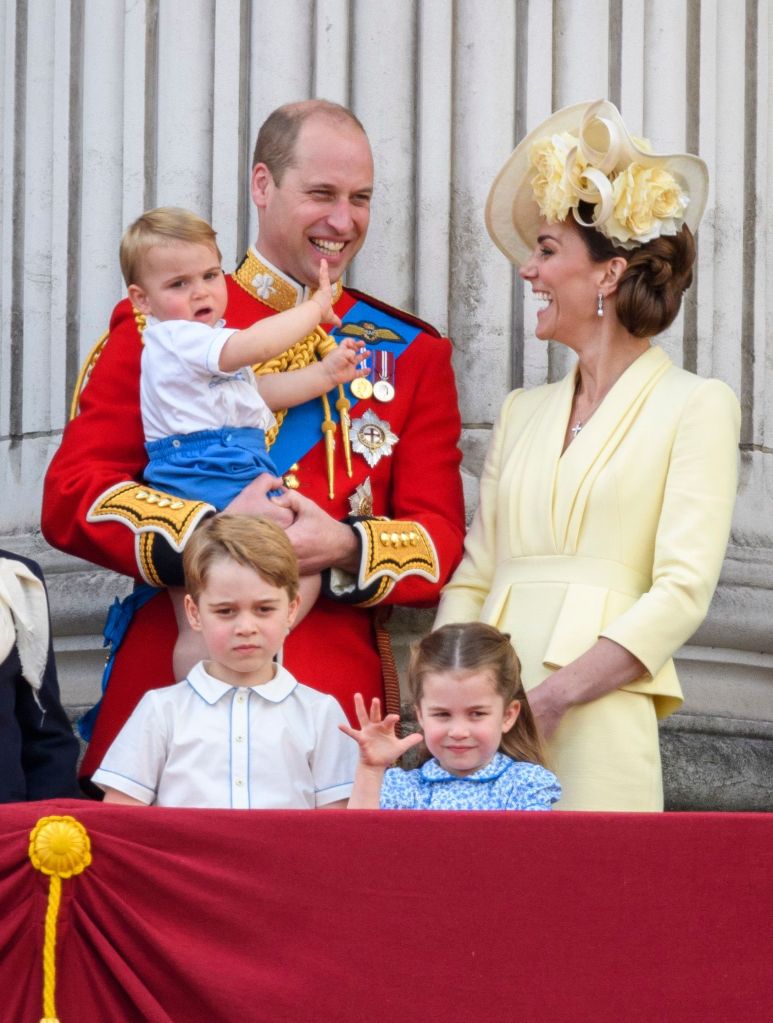