The Duke and Duchess of Cambridge keep their public displays of affection to a minimum when they’re attending royal engagements. However, on Tuesday, Kate Middleton and Prince William made an exception. The royal couple displayed some pretty cute PDA while at the Troubadour White City theater in London. It was at an engagement honoring South’s crisis volunteers, who are responsible for operating the program’s 24/7 crisis text service.

The royal pair looked stunning as usual. Middleton rocked a classic chic look in raspberry-colored pants by Joseph and a plaid Smythe blazer. To complete the look, she donned a pair of snazzy suede black pumps. She’s always so understated and classy. Prince William opted for a traditional navy suit and brown suede shoes.

The pair continued to keep things subtle, including their PDA. In a moment so quick you could miss it, William placed his hand on his wife’s lower back. The Daily Mail’s Royal Correspondent Rebecca English captured the moment William patted Middleton on the back, and it was such a sweet gesture of support. Blink and you’ll miss it, but these things are few and far between. The Duke and Duchess of Cambridge usually keep things very sophisticated and follow royal protocol of keeping PDA to a minimum. But sometimes, William can’t help himself. It was such a sweet little gesture of, “I’m here, I love you.” Just one touch is all it takes, right? The couple also endured cheating rumors in April of 2019, but by the looks of it, they remain unscathed.

While at the imperative event, the Duke and Duchess of Cambridge interacted with guests and talked with a father whose young daughter committed suicide. In May, Prince William and Middleton teamed up with Meghan Markle and Prince Harry to launch the texting support service in the U.K. It’s all part of their Heads Together Campaign. 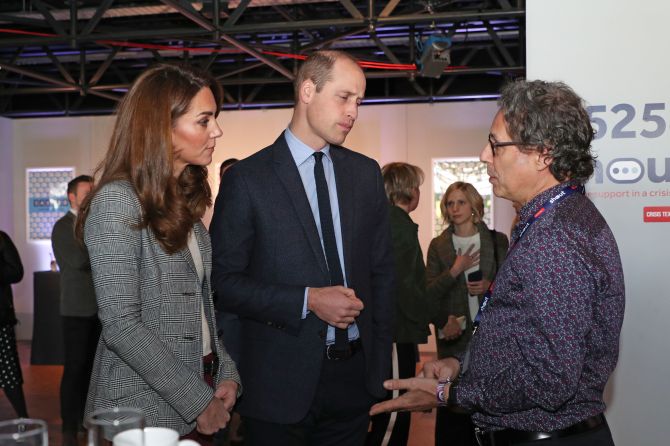 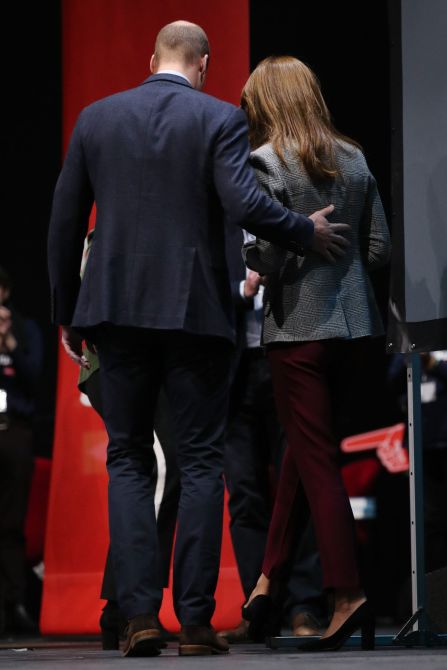 The couple shared one more moment of PDA while leaving the venue. We love their aim to support Brits in times of crisis–and how they support each other.