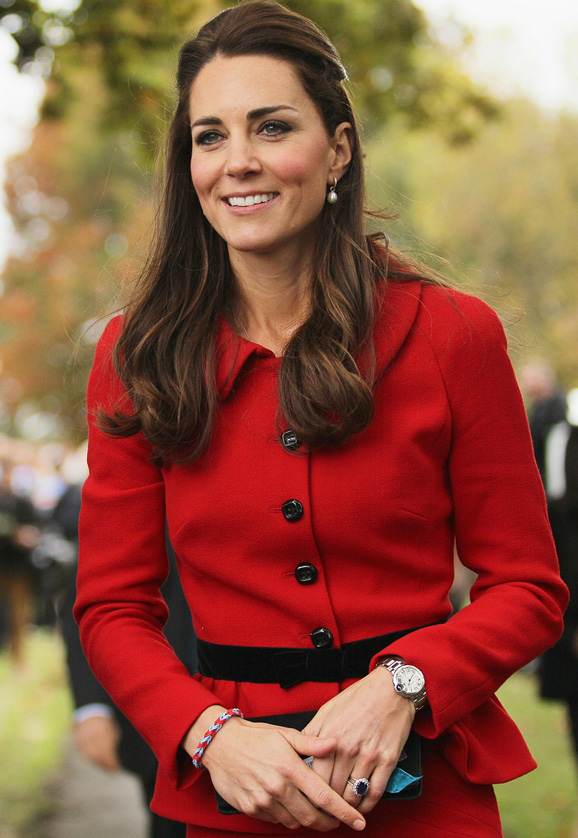 You might recall that in 2013, loom bracelets were touted as the new Silly Bandz, with kids everywhere buying DIY kits, and celebrities like Miley Cyrus and Harry Styles stepping out wearing the rubber band bracelets. It seems they’ve gotten a boost again thanks to Kate Middleton, who wore one during her recent trip to New Zealand and Australia. And by boost, we mean sales are up over 300 percent at certain retailers.

Here’s how it happened: The Duchess was given loom bracelets by two young girls during her Down Under trip in April, and she and Prince William wore them throughout their tour, including to play cricket.

Since  then, sales of loom bracelets are up over 331 percent at the UK’s Hobbycraft, the country’s biggest arts and crafts chain, according to The Daily Mail. And it isn’t just the Brits who have gone loom crazy. The bracelets occupy every top 20 spot on Amazon’s current bestselling toy chart.

This is a pretty surprising trend for Middleton to start, considering that loom bracelets are made of tiny rubber bands and cost around $14.99 for an entire kit—not exactly something you’d expect to find in the royal jewelry vault.

Obviously, this isn’t the first time the Duchess has created a sales frenzy around something she’s worn. Between her ubiquitous L.K. Bennett pumps, her blue Issa engagement dress, her Diane von Furstenberg wrap dress that sold out within seconds when she wore it this April, and the increasing sales of pantyhose around the world, Kate’s influence is unmatched at the moment, leading retailers everywhere to watch her every sartorial move like a hawk. Considering she’s now turned plastic tween bracelets into an “it” item, there’s really no telling what that next trend will be.