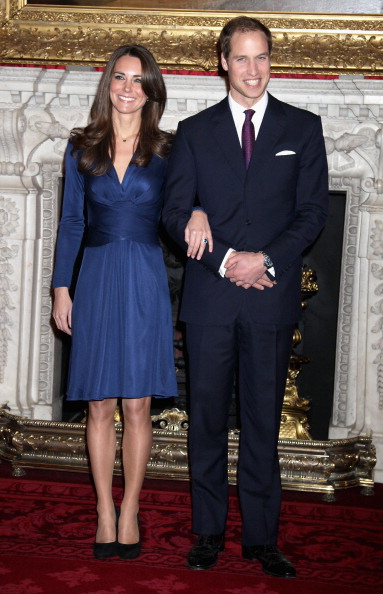 Who would have thought that three years down the line, we’d still be talking about a blue wrap dress? We’re referring, of course, to the sapphire silk dress worn by new mom Kate Middleton in 2010 when she and Prince William  announced they’d be tying the knot (aka the “engagement dress”), which was so wildly sought after that it almost bankrupted small British label Issa London.

If you’re one of the many gals still lusting after the dress, you’re in luck: After completely selling out in a matter of hours after the engagement announcement (and again after a second run hit sites like Net-a-Porter, and again after a $230 version hit The Outnet last winter ), the dress has just been released yet again for $130 as part of Issa’s first collaboration with Banana Republic. 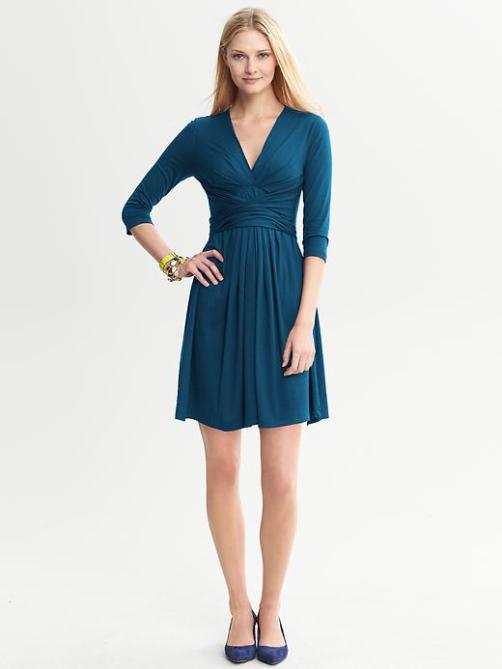 The dress—part of a limited-edition Issa London and Banana Republic capsule collection that features nearly 40 pieces—hit Banana stores and the web today, and it seems like a calendar reminder was largely unneeded, as the dress isn’t sold out yet. You probably even have time to pick up a a pair of nude L.K. Bennett pumps too.

However, the dress—which is almost the same in silhouette—is a slightly different shade of blue, a color the brand called “Tulum turquoise,” which has now been changed to “royal blue.” Hmm.

Regardless, you can snag Kate’s infamous dress here, and shop the rest of Banana’s Issa London collection here now!