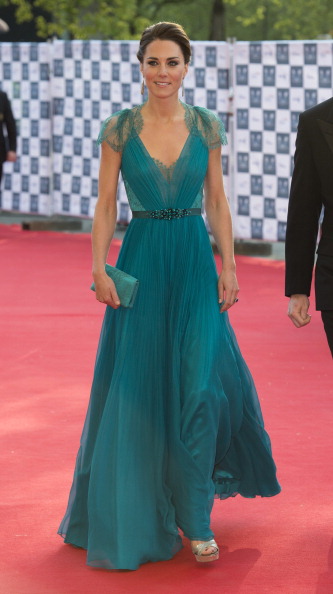 You guys know what today is, right? It’s July 11, also known as due date day for Kate Middleton! Since it’s not terribly uncommon for pregnant women to deliver later than expected, there’s a chance we won’t hear a peep about the tot for days, or even a few weeks to come. That’s why we’re taking the opportunity to dole out a few pointers for the royal mom-to-be about what—and what not—to do. Read on!

1. Even though you’re always doing stuff on that palace balcony, don’t introduce your newborn baby to the British public by dangling him over the ledge like one very famous pop star.

2. Babies like to be read to and can recognize a mother’s voice right away. Instead of all the proper baby books out there, why not really acquaint the tot with British culture and read it Hello, OK, the Daily Mail‘s FEMail section, and the Mirror?

3. You should totally take parenting advice from Snooki, who famously decreed that all you should do when the baby is born is put makeup on, rock a tiara, and sing Elton John lullabies.

4. As The Stir wisely pointed out, it’s fine to pick up a pacifier that fell on the floor and lick it (lots of new moms do this), but if you dropped it at Harry’s place, you might want to use bleach instead.

5. A baby’s first social smile appears between four and six weeks after birth, so you might want to keep that in mind when planning royal portrait day.

6. We know you’re humble, but why not pull rank and rent out the London Eye for every birthday party until the baby’s 12? You’re the future Queen of England, girl. (Don’t worry, you can still wear those L.K. Bennett pumps.)

7.  Definitely stock up on all those absurd Royal Baby souvenirs out there—they could be worth money one day. (Never too early to start that college fund!)

8. Don’t take cues from Britney Spears, who famously drove her car with her 4-month-old baby on her lap. Not that you drive your own car, but you know.

MORE BABIES ON STYLECASTER:
20 Celebrity Baby Names That Are—Gasp!—Totally Normal …
… And 10 That Are Anything But Normal
The Kid’s Already A Money-Maker: 9 Crazy Royal Baby Souvenirs
The Most Over-Hyped Celebrity Babies of All Time