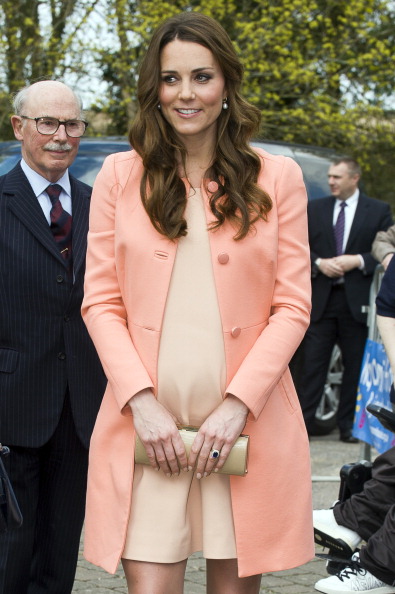 Considering Kate Middleton is pretty much Britain’s de facto queen, it’s not terribly shocking that, in the past, she nabbed a spot on the U.K.’s edition of FHM’s 100 Sexiest Women in the World list. In fact, she clocked in at number 33 last year.

This year, however, it seems the Duchess has disappeared completely from the roundup. This could be due to two possibilities:

1. British men are being rude: She got pregnant, ipso facto she’s no longer sexy.
2. British men are being respectful: She’s married to the future King of England, she’s the granddaughter-in-law of the reigning queen, and she’s got a baby on the way—maybe she placing her alongside girls in monokinis and wet T-shirts isn’t the nation’s first priority.

Truth be told, our  first instict was to assume the former was true,  but then we got off our soapbox and realized the omission could be out of respect for the above reasons. Her sister Pippa, it should be noted, did make the list this year, but fell from number 11 to number 58.

So, who’s the number one sexiest woman in the world, according to British men, you ask? None other than sweatpants-loving actress Mila Kunis.