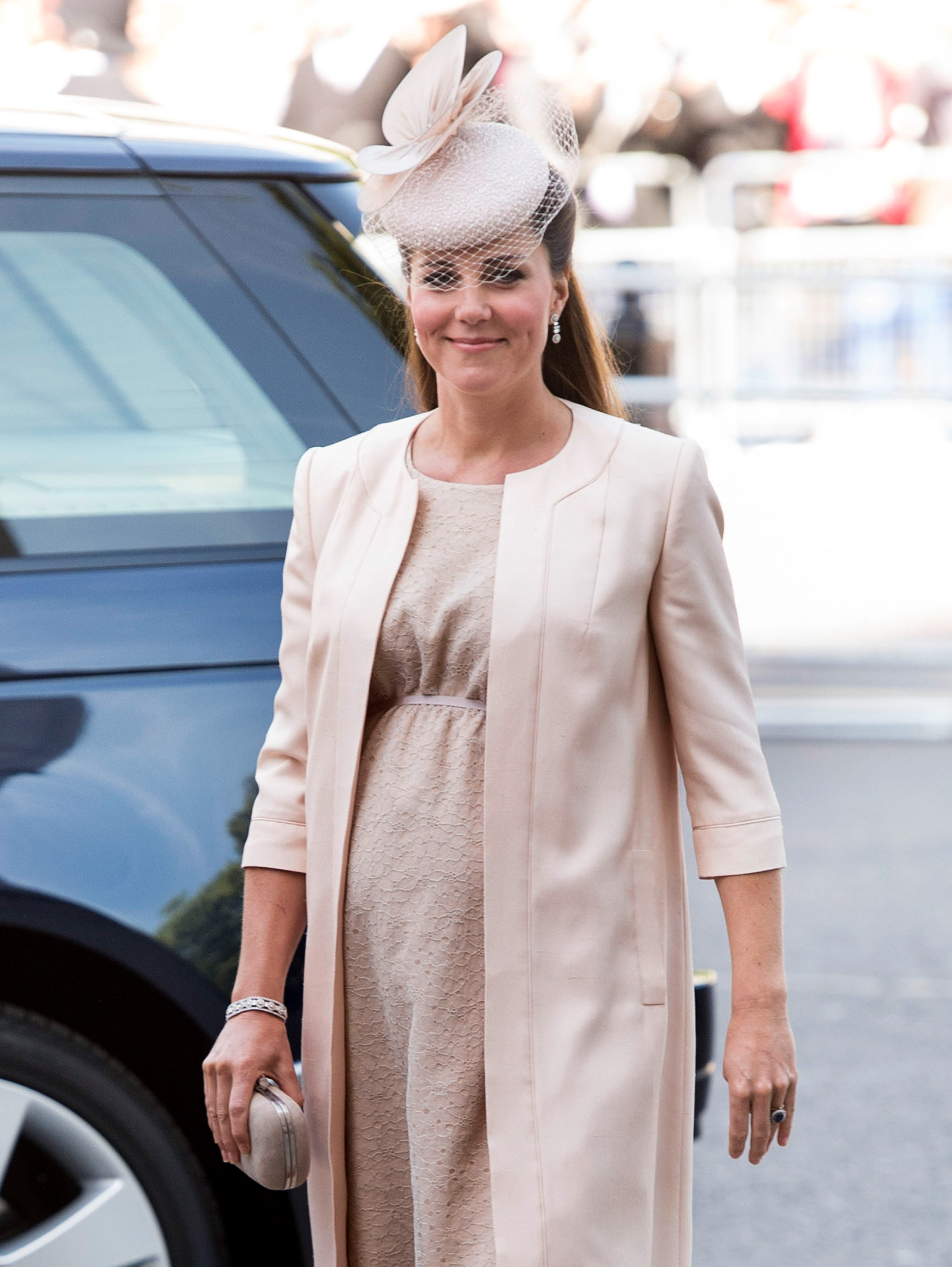 Update: After their first night as parents, Prince William and Kate Middleton released a joint statement, thanking St. Mary’s hospital for their care.

It read: “We would like to thank the staff at the Lindo Wing and the whole hospital for the tremendous care the three of us have received. We know it has been a very busy period for the hospital and we would like to thank everyone—staff, patients and visitors—for their understanding during this time.” A spokesman for Kensington Palace added that “mother, son, and father are all doing well this morning.”

According to Britain’s Daily Mail newspaper, William spent the night at the hospital in a separate room from his wife and their new baby. This morning, the royal gynecologist came to check up on Kate to see whether she and the baby can be discharged. Kate’s hairdresser was also spotted entering the hospital, signaling that the royal family might leave today.

Update: It’s a boy! After an eight hour labor, Kate Middleton gave birth to a boy at 4:24 p.m. London time, who weighs 8 pounds and 6 ounces according to a press release from Kensington Palace. We will get our first look at the child when Middleton leaves the hospital sometime in the upcoming days.

Charles, the Prince of Wales, released the following statement: “Both my wife and I are overjoyed at the arrival of my first grandchild.  It is an incredibly special moment for William and Catherine and we are so thrilled for them on the birth of their baby boy. Grandparenthood is a unique moment in anyone’s life, as countless kind people have told me in recent months, so I am enormously proud and happy to be a grandfather for the first time and we are eagerly looking forward to seeing the baby in the near future.”

She arrived in one of two vehicles, with her security team in tow as well as William. The crew stealthily slipped in through a side entrance, and there have been no pictures of the Duchess, which is slightly surprising given the amount of press who are crowding the area. Luckily, there were only a few steps in between the car door and the hospital, so there wasn’t much of an opportunity to photograph her.

When Middleton has officially given birth, we will find out in a very interesting way. As per tradition, the birth will be announced on a proclamation (on formal Buckingham Palace stationery, of course) that is mounted a gold-trimmed easel. Many feel that this practice is completely outdated, given all of the technological innovations since it was last used when announcing Prince William’s birth back in 1982. But we think it’s an elegant touch that they’re keeping with tradition—and it certainly makes waiting to see it more exciting!

Despite the previously reported due date of July 11, we hadn’t seen much movement on the royal baby front—and the anticipation surrounding Kate Middleton and Prince William‘s first child (and an heir or heiress to the British throne) has reached soaring heights. And now, it seems like we finally have an update.

After spending a few days relaxing at the Middleton’s family home in the English countryside, Kate and Wills have made a break for it, and are on their way to London with their entire protection team in tow. Us Weekly reported that they abruptly left the home in Bucklebury around 3 p.m. on Friday.

It hadn’t been confirmed whether they were headed for the swanky Lindo Wing at St. Mary’s Hospital (where she’s was long reported to give birth) or just back to Kensington Palace, but there were reports of increased security in the area due to the speculation.

While we can’t wait to find out the gender and name of the baby, it will also be a bittersweet moment: No more Kate Middleton maternity looks!

Check back for any updates—and get excited!