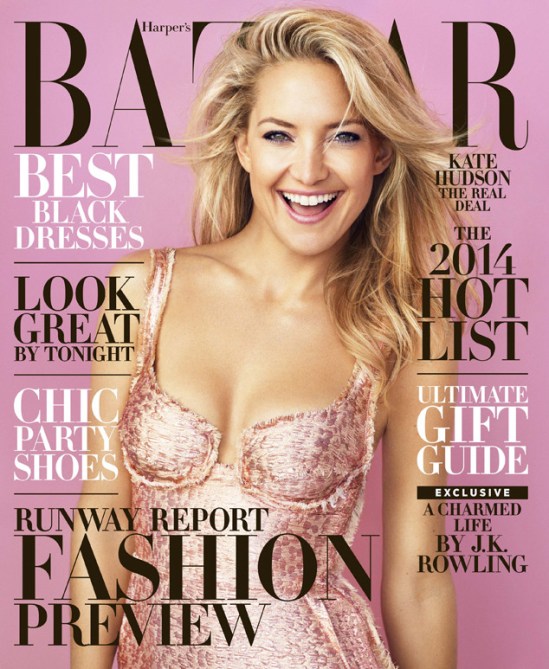 As we gear up for the craziness that’s going to be the release of Isabel Marant for H&M on November 14, there’s one famous face you might see waiting in line with the masses. Kate Hudson, says that she was once a huge fan of the French designer — before her prices became astronomically expensive.

MORE: Isabel Marant for H&M: See All The Campaign Images

“Before Isabel Marant was a million dollars and famous,” the Almay spokesmodel admitted in the December issue of Harper’s Bazaar (out on newsstands November 26). “I used to go to her store in Paris and go crazy, it was so affordable.”

These days, with two kids and more responsibilities, the 34-year-old star says she’d rather not bother. “I’m not a big high-end fashion shopper. I wish I could but the truth is things are just so expensive.” And she learned it from her mama. “My mom wasn’t a big shopper for us,” she said, of her mother Goldie Hawn. “I think [she] wanted to instill that in us even though we grew up in a really privileged and lucky lifestyle.”

And that means skipping out on buying super-expensive high end designer dresses, even if you can. “People think we own all these dresses, but we borrow them! I can’t afford to buy that stuff. There are certain things I splurge on, but it’s very rare, especially when you have two kids and school tuition.”

So, you’re saying you don’t own that amazing Gucci gown you wore to the LACMA Art + Film Gala, Kate? Bummer. But it is refreshing to hear a celebrity admit that there are things out of her price range.