Long before the Fashion It-Girl was a fixture at the front row of every Fashion Week spanning from New York to Paris, there was Kate Bosworth. The actress who had a relatively humble start—”Blue Crush,” anyone?—swiftly rocketed skyward in the fashion world based on her unique combination of being able to carry off high-fashion designs with ease while also appealing to the every-girl. Plus, she’s drop-dead gorgeous, which never hurts.

Bosworth, who is styled by famed celebrity stylist Cher Coulter, has been largely absent at New York Fashion Week this season—she hasn’t been in a single front row—but she did make an appearance at Guess’ party last night celebrating their Nashville-inspired Fall 2014 collection. Clad in a modern take on a classic Guess look, denim on denim, Bosworth finished off the look with metallic accessories that included a solid pair of classic pumps. Her endless lineup of sleek red carpet looks had us wondering: is there anything this style star refuses to wear?

“I have to say, platform heels just really aren’t my thing,” Bosworth told StyleCaster on the red carpet at the event. What she does like to wear: “I really love the masculine minimal approach that’s happening right now, because there’s so much of that in my own style. I enjoy it.”

While we personally are big fans of platforms, we can’t fault a girl for wanting to keep it sleek at all times—something Bosworth excels at better than anyone! 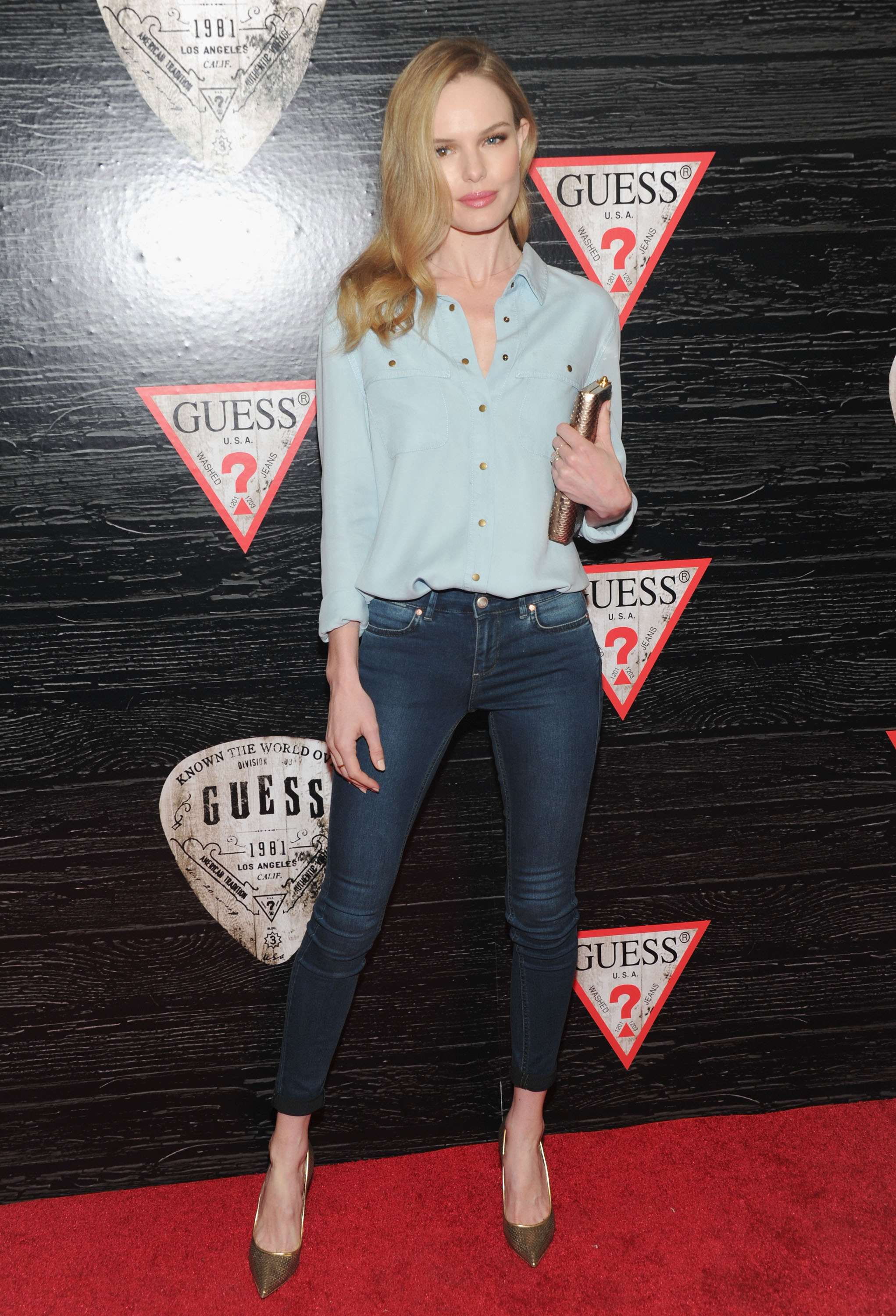