There’s something we’ve been noticing for a while now that’s been eating away at us slowly, like some sort of gorgeousness plague: supermodel Karlie Kloss and superstar songstress Taylor Swift are starting to look exactly alike. We actually first noticed it when Kloss arrived at the Mercedes-Benz Fashion Days in Zurich in November of last year (check her out below), and we literally mistook her for Taylor.

Then, Taylor hit the red carpet at the 71st Annual Golden Globes with a similarly-bobbed ‘do and her standby bold red lip, and we just couldn’t help but focus on just how much like supermodel Karlie she’s starting to look. They both rock the side part, the super-arched brow, and the half-smile pout on a regular basis. Not to mention, the shape of their facial features are remarkably similar.

It also doesn’t hurt that both women are also incredibly tall, slender, and generally gangly (in a good way). If Taylor weren’t busy selling millions of records to her major legion of fans, we could totally see her having a secondary career as a model.

Check out the twin ladies below and tell us if you see the similarities too! 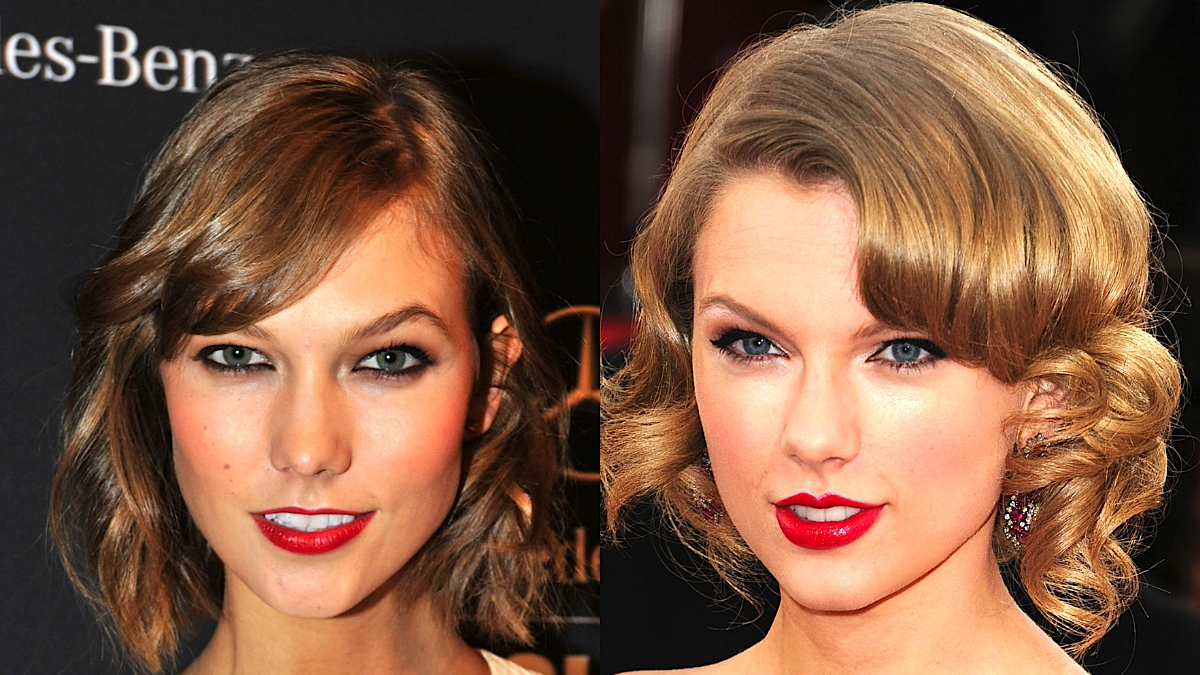