Last week, Taylor Swift had her newly-lightened tresses chopped into an edgy, layered cut with long bangs and face-framing layers. Famed colorist Tracey Cunningham did her color, and celebrity hairstylist Gareth Bromell swept in to mold her locks. She looked awesome, and hightailed it over to Liberty Ross‘ birthday party to show off her new look.

Apparently Swiftie BFF Karlie Kloss liked what she saw so much that she hotfooted it over to the nearest salon in Paris and asked for … the exact same haircut. Either that or she’s wearing a very good wig (or excellent bang extensions), but whatever the case may be, she debuted her new ‘do yesterday on Instagram, and not only is her cut the same as Swift’s, she also looks super similar to her famous friend. “Ending #PFW with a bang 😉,” Kloss wrote on IG, adding a second shot (with pal Miranda Kerr) with very creative caption “kiss kiss bang bang.”

Yup: Same extra-long bangs. Same wispy layers around the face. Same effortless, cool-girl–chic styling. The only thing that’s missing is Swift’s extra-blonde hue—but even that was Kloss’ jam too until recently, and she could easily go blonder again soon. Let’s compare. 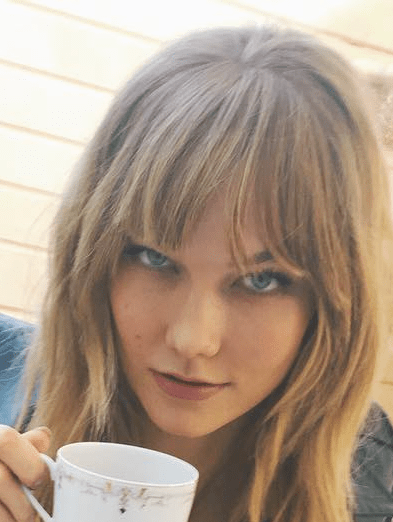 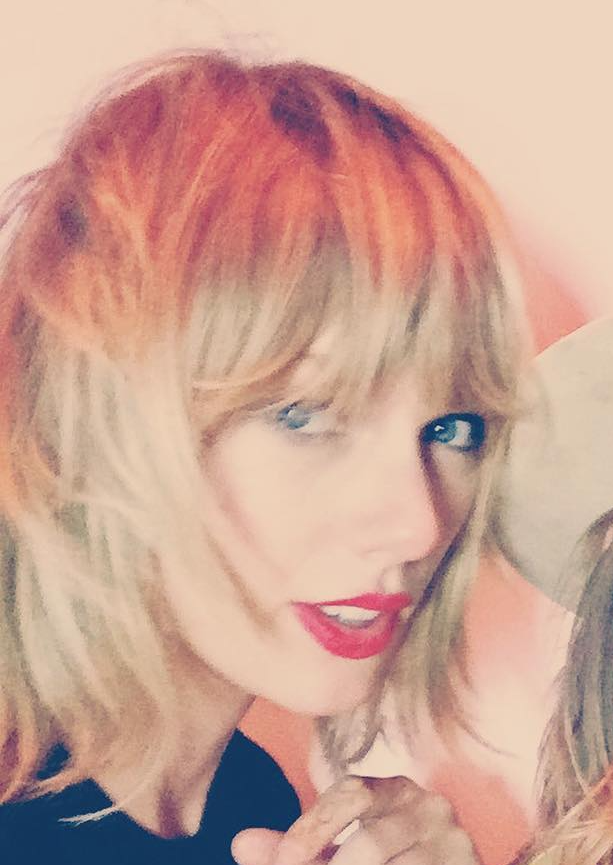 One note on Kloss’ bangs: She didn’t have them a couple of days ago, in street style pics taken in Paris on October 4, but she did have them in photos snapped three weeks ago. So—it’s clear that the bangs she sported three weeks ago were faux, and it’s possible that she’s trying to fool everyone again. Either way, though: She looks exactly like Tay rn.

Friends who get the exact same haircut together stay together?

MORE: The Exact 3 Workouts That Keep Karlie Kloss in Shape