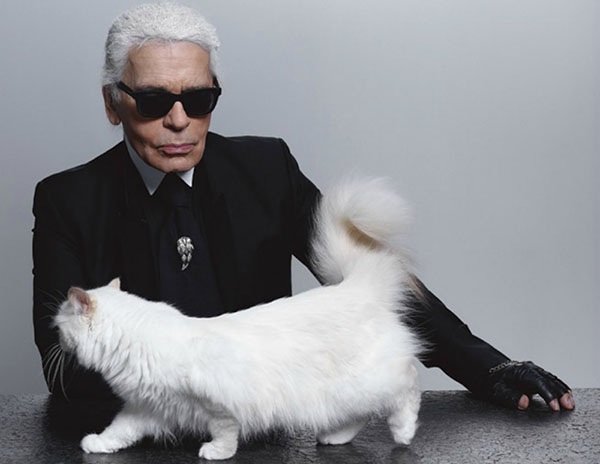 We’ve been hearing for some time about the incredible life of Karl Lagerfeld’s cat Choupette–from the luxury hotel rooms she stays in by herself, to feasting on caviar–but on top of living the life thanks to one very famous parent, it seems this cat is also raking in some serious money.

New York magazine caught up with Lagerfeld recently, and when talked turned to Choupette, the longtime Chanel Creative Director revealed what a goldmine that Choupette has become over the last year.

Lagerfeld told the magazine: “Choupette [has] became the most famous cat in the world, and the richest. She did two jobs and made 3 million euros last year. One was for cars in Germany and the other was for a Japanese beauty product. I don’t allow her to do foodstuffs and things like this. She’s too sophisticated for that.” To put that into perspective, 3 million euros is roughly $3.3 million dollars.

What makes Choupette the highest earning cat? According to Lagerfeld: “She had something unique. She is like a human being, but the good thing is that she’s silent. You don’t have to discuss it. She hates other animals and she hates children. She stays always with me and she has two personal maids. They play with her, they have to take care of her beautiful white hair, the beauty treatments for her eyes, and they entertain her. She is the center of the world. If you saw her, you would understand. She is kind of Greta Garbo. There is something unforgettable about her, the way she moves, the way she plays. She’s an inspiration for elegance. For attitude.”

Yes, there is a cat out there that is putting your life to shame. And there’s not much more to say about it.