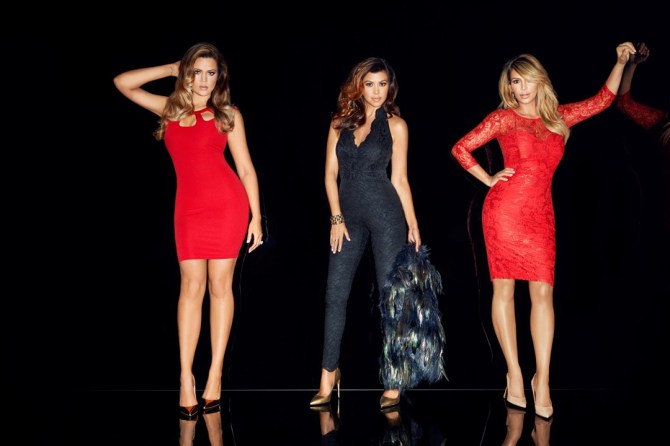 To keep up with the Kardashians this week, you must know two important bits of information: first, Kim turns 33 today, and second, the sisters’ clothing line for British high street brand Lipsy—which is sold at ASOS and Topshop—launches in the UK this Thursday.

Pictures from the Terry Richardson–helmed campaign feature Kourtney, Kim and Khloé looking pretty darn sexy (and, arguably, photoshopped), modeling various body-con pieces from the Kardashian Kollection. Kim, who has been working to cement her position atop the high fashion throne ever since meeting Mr.West, told Vogue UK that the new collection references the likes of Valentino, Isabel Marant, and Azzedine Alaïa—though we’re not entirely sure those designers would agree. 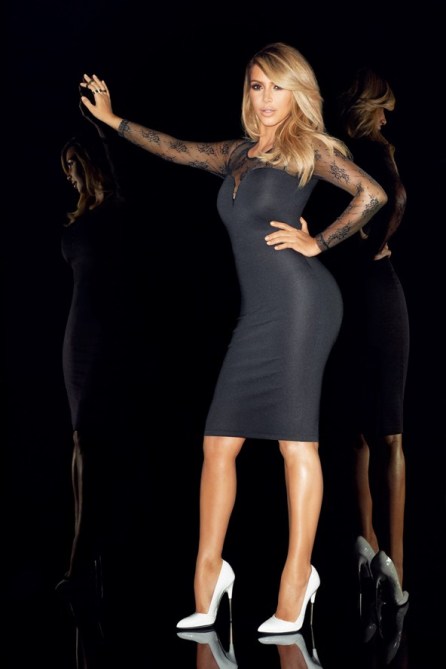 “Valentino and Isabel Marant aren’t really our style, but their influence is reflected in the collection,” she told the magazine. “That idea of casual comfort that people love inspired the fabrics—there’s a lot of stretch. You know an Alaïa dress will hold and suck you in? I wanted to make pieces like that, pieces to make you feel really good about yourself.”

Between the designer name dropping and partnering with a photographer Richardson, it’s clear the sisters are trying to market the line as being more high-fashion. Richardson also shot the Kardashians’ latest campaign for Sears, where the Kollection has allegedly been flailing. In fact, just last month, while most retailers were in the midst of promoting their new full-priced fall merchandise, Sears was forced to slash the prices of the Kardashian Kollection to bargain basement-level prices.

MORE: Sears Slashes Prices Of Kardashian Kollection By 50 Percent: What This Could Mean

Perhaps North West had a hand in the brand’s makeover, as Kim and Kanye’s barely five-month-old daughter has been known to wear Alexander Wang, Celine and Lanvin. Proud mama Kim told Vogue UK, “I was just blown away by the generosity of the designers for sending me those pieces,” said Kim. “Not all of the brands even make clothes for babies. This is the fun part right? Dressing her up and making her look nice. She’s much more stylish than I was when I was little, absolutely.”

It remains to be seen whether this new, high-fashion approach will deliver big sales for the Kardashian Kollection at Lipsy, but the new campaign images are certainly a splashy return to being in front of the lens for Kim Kardashian.

What do you think about the Kardashian Kollection’s high-fashion turn? Will it be a success? 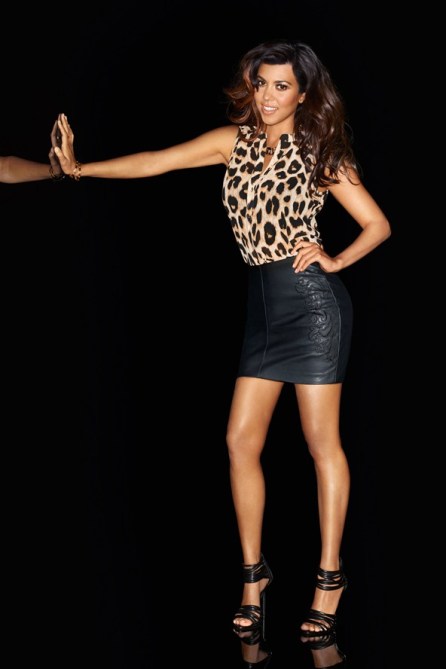 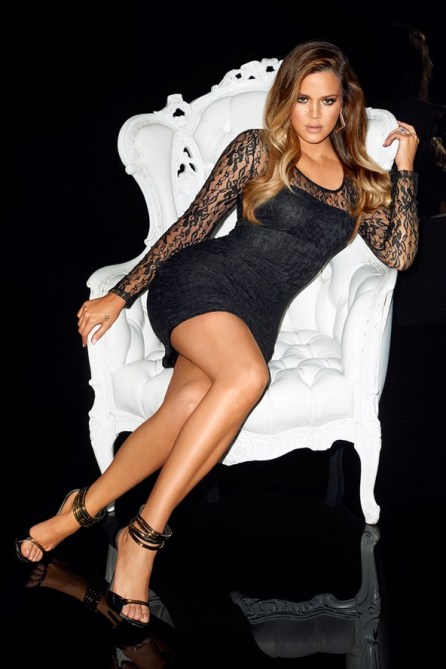