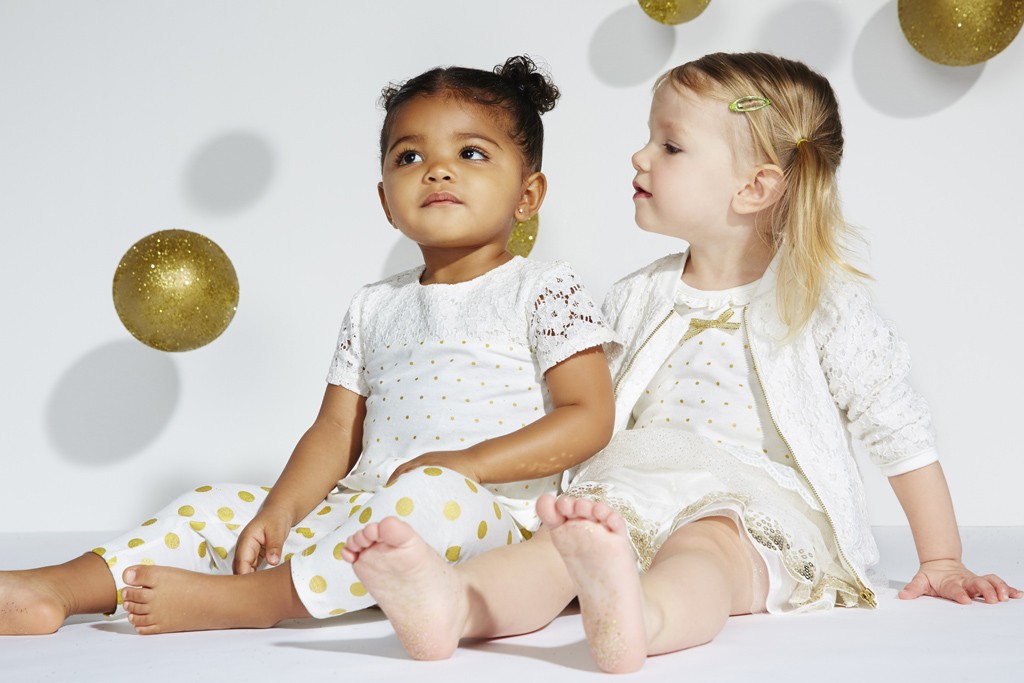 After much speculation, it was confirmed last week that the Kardashian sisters would indeed be launching a line of kids clothes, though—except for a few esoteric Instagram photos—details were few and far between. Now, a press release was issued with the full scoop and it seems the collection will be for girls aged 0 to 24 months, and it’ll sell exclusively at Babies ‘R’ Us starting March 15. And guess what? The stuff is really cute.

Yes, that’s us sounding a little surprised, though we probably shouldn’t be. Children’s clothes are a totally different beast than the sisters’ past fashion endeavors—namely the sold-at-Sears Kardashian Kollection that clearly caters to women of a certain type, as it’s all reminiscent of the “old” Kardashian aesthetic before they found the fashion gods (bandage dresses, shiny leggings, terrycloth loungewear, etc).

You can’t throw a toddler in a spandex dress with strategic cut-outs, so their kids’ stuff is simple, cute, and affordable. Plus,we think moms will be more apt to dress their babies in Kardashian clothes than themselves, as inexpensive baby clothes are just that— inexpensive—while their inexpensive “adult” clothes could be considered cheap.

MORE: They Have Kids?! 10 Surprising Fashion Insiders Who Are Moms

Plus, since the sisters clearly have a better hold on fashion than they used to, a stylish kids line is the perfect way for them to hint to fashion-minded women that they’ve grown and changed, and are no longer in the bandage dress phase of life, but rather the “chic working mom ” phase.

“We started this idea when Kourtney was pregnant with Penelope,” Kim told WWD.  “It was mainly Kourtney who was the inspiration, but as I got pregnant, I started to chime in. Until you have your own child, you don’t realize how important it is for fabrics to be extra soft and accessible.”

The 30-piece collection features some  on-trend details like lace, leatherette, gold embroidery, and georgette appliqués, as well as white cotton onesies with girly tulle ruffles, soft gold polka-dot leggings and butterfly-printed bloomer shorts, and will range in price from $14.99 to $29.99.

Let us know: Do you think the Kardashian Kids line will be a success, and would you buy it if you had a baby girl? Weigh in below! 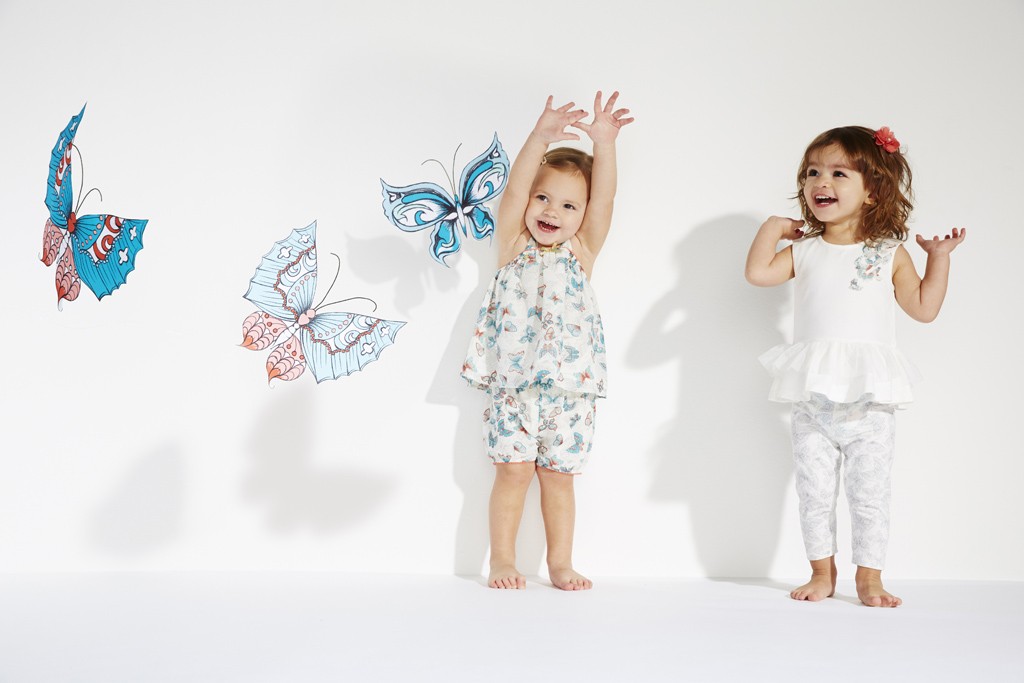 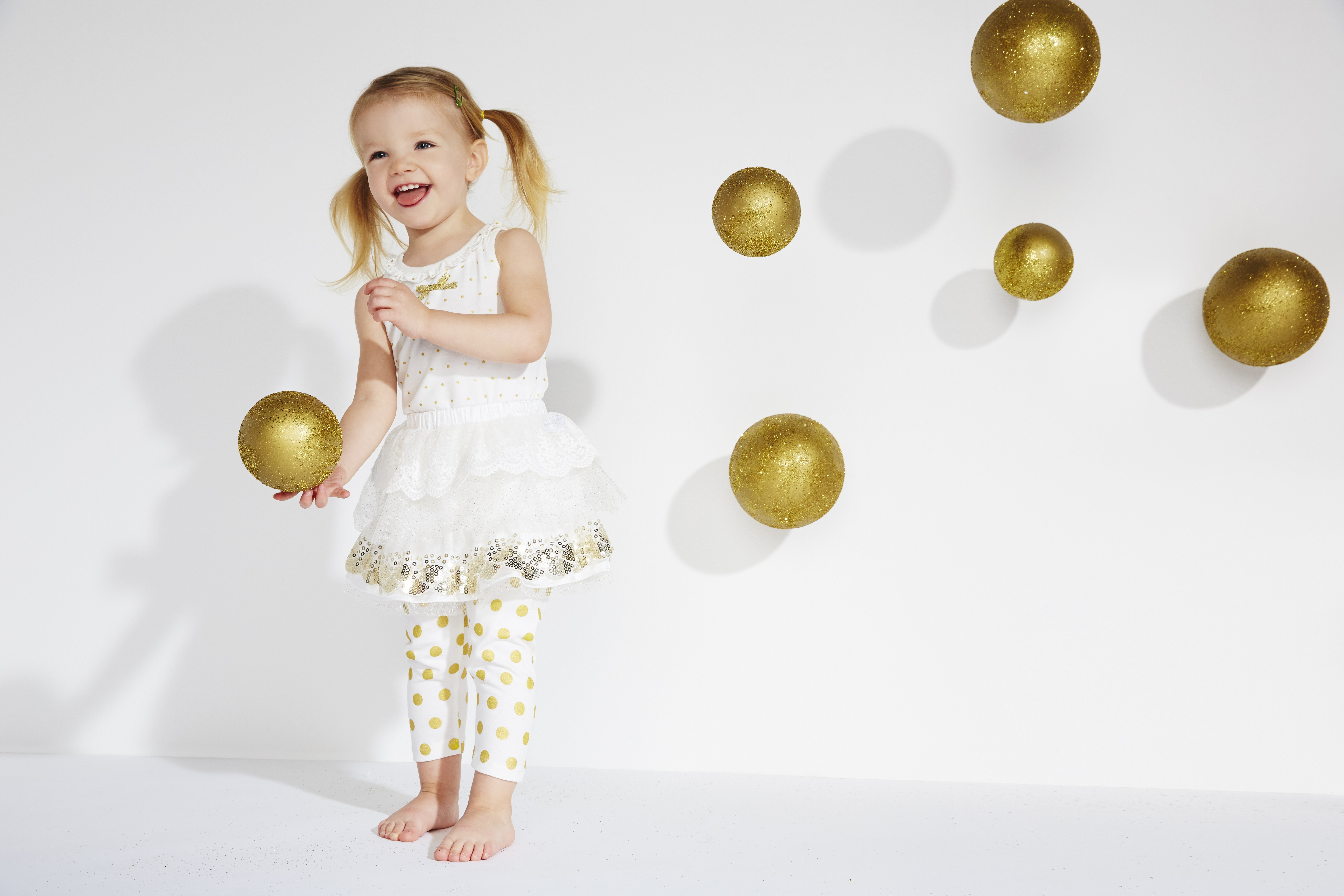 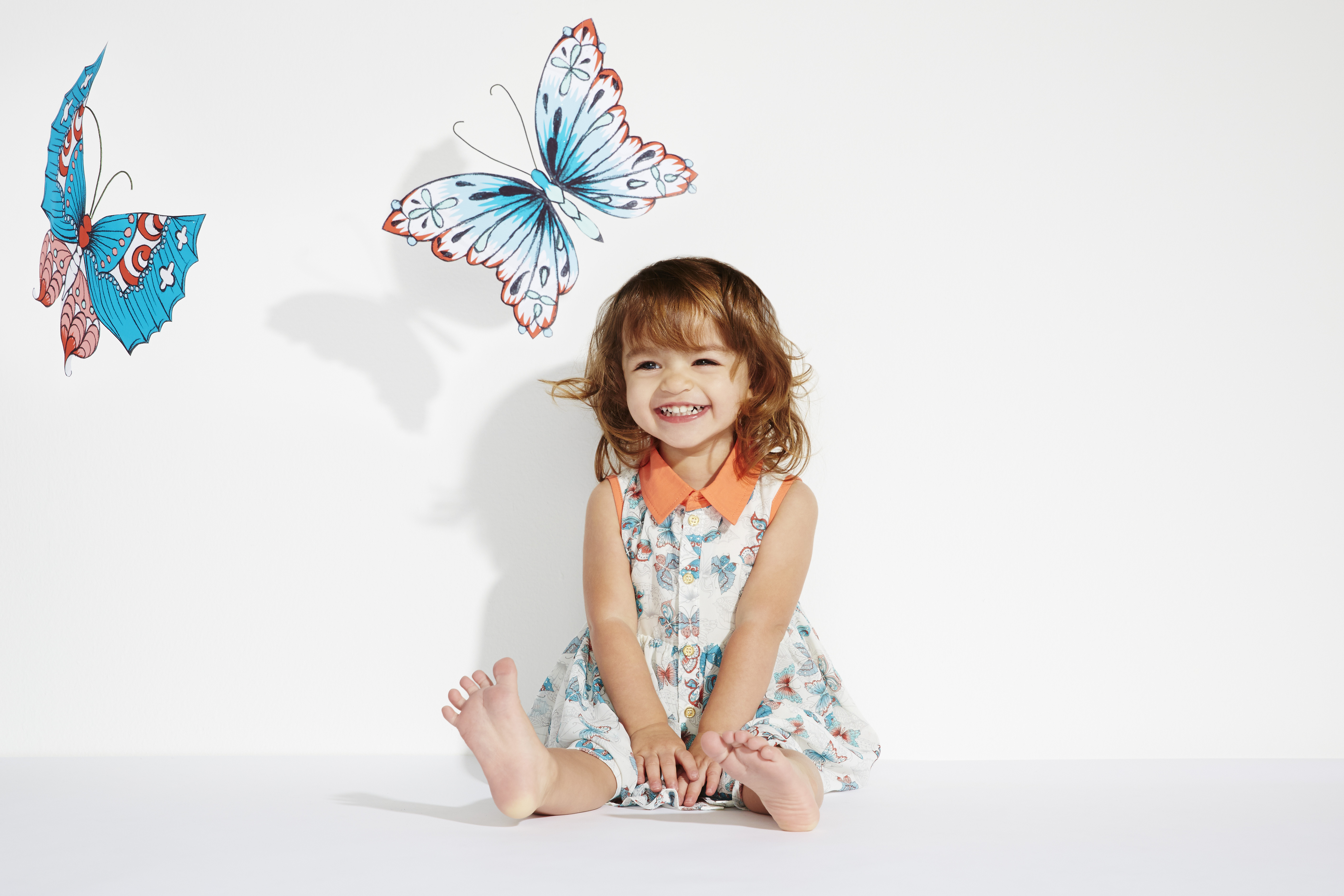 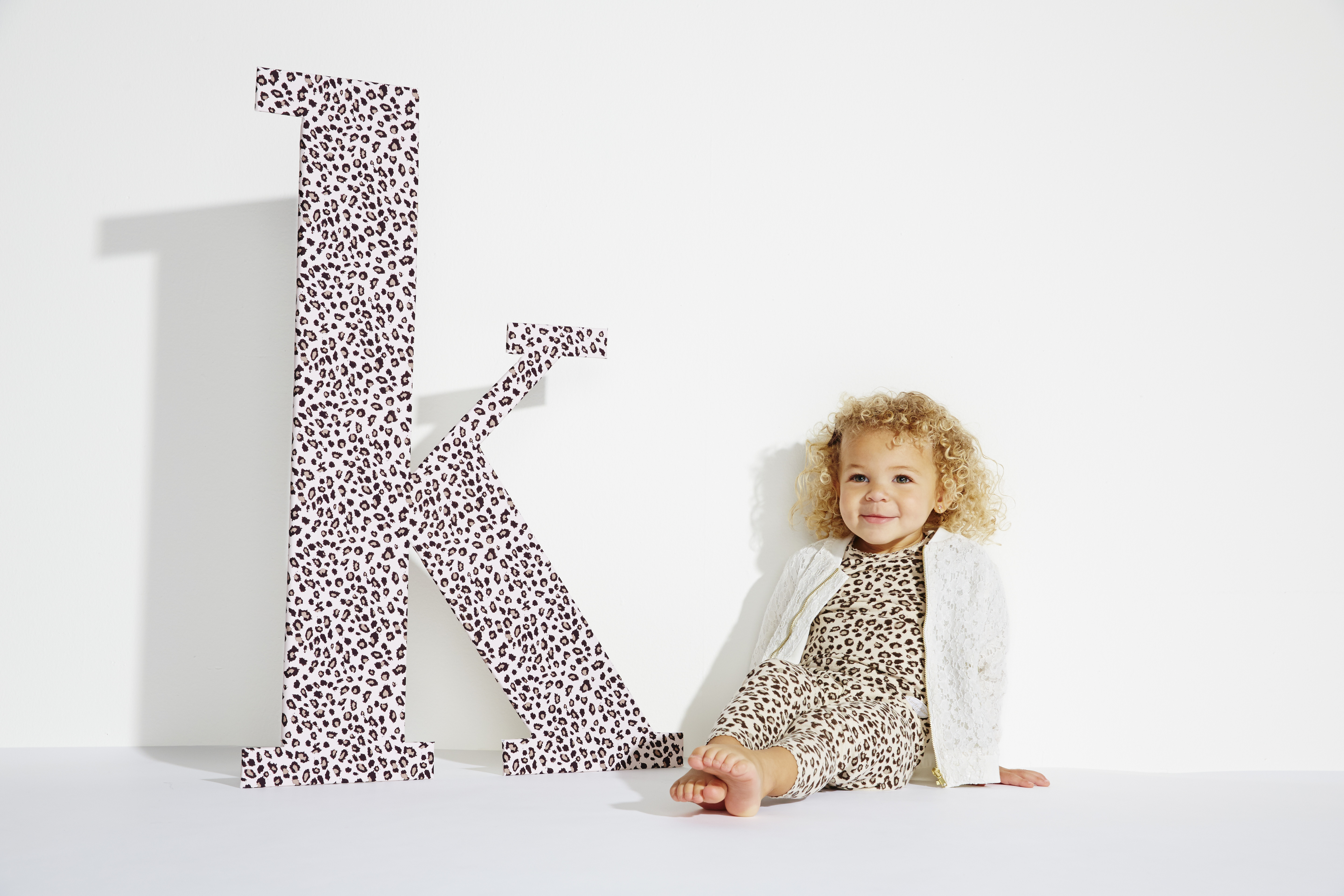 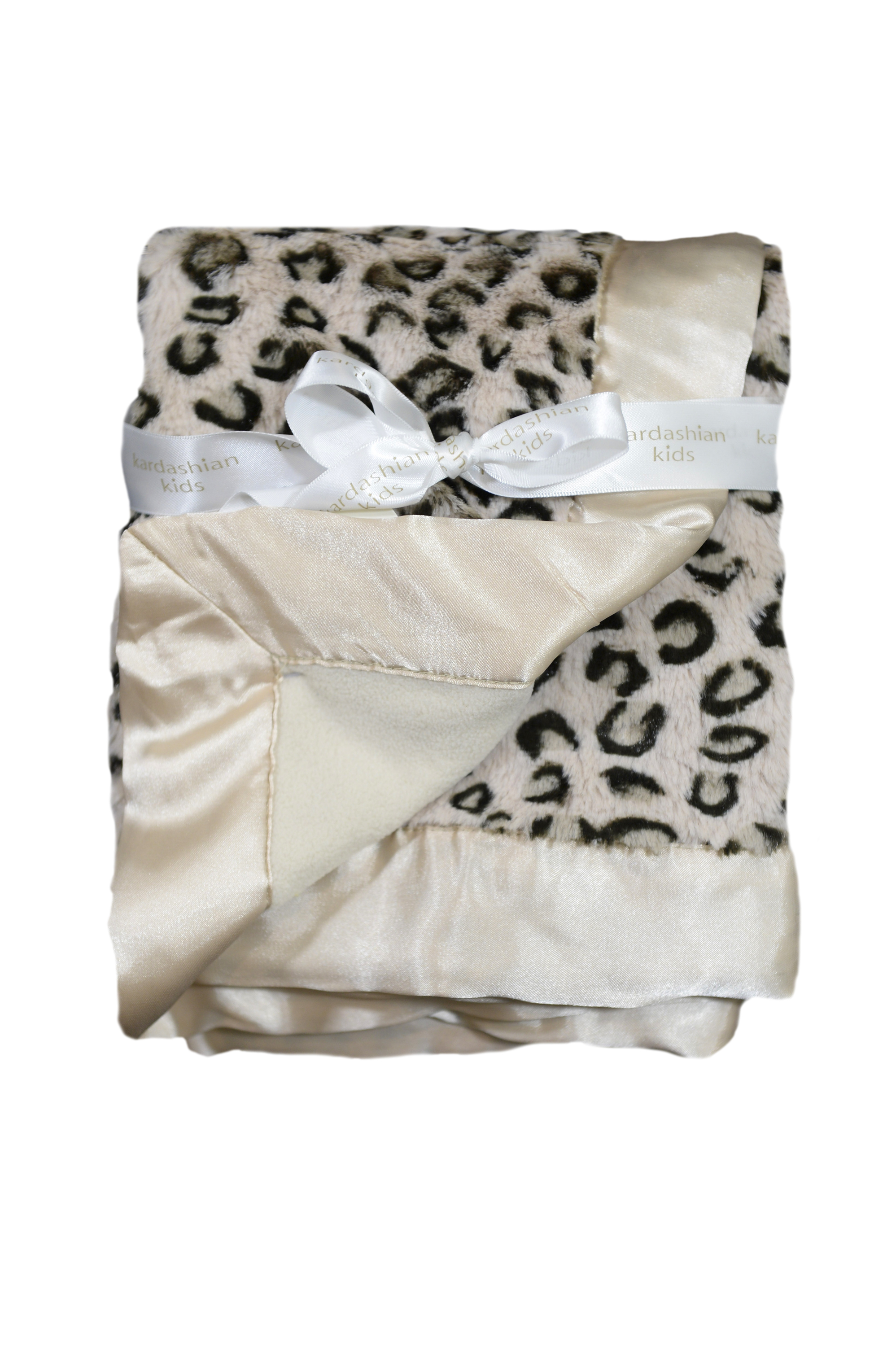 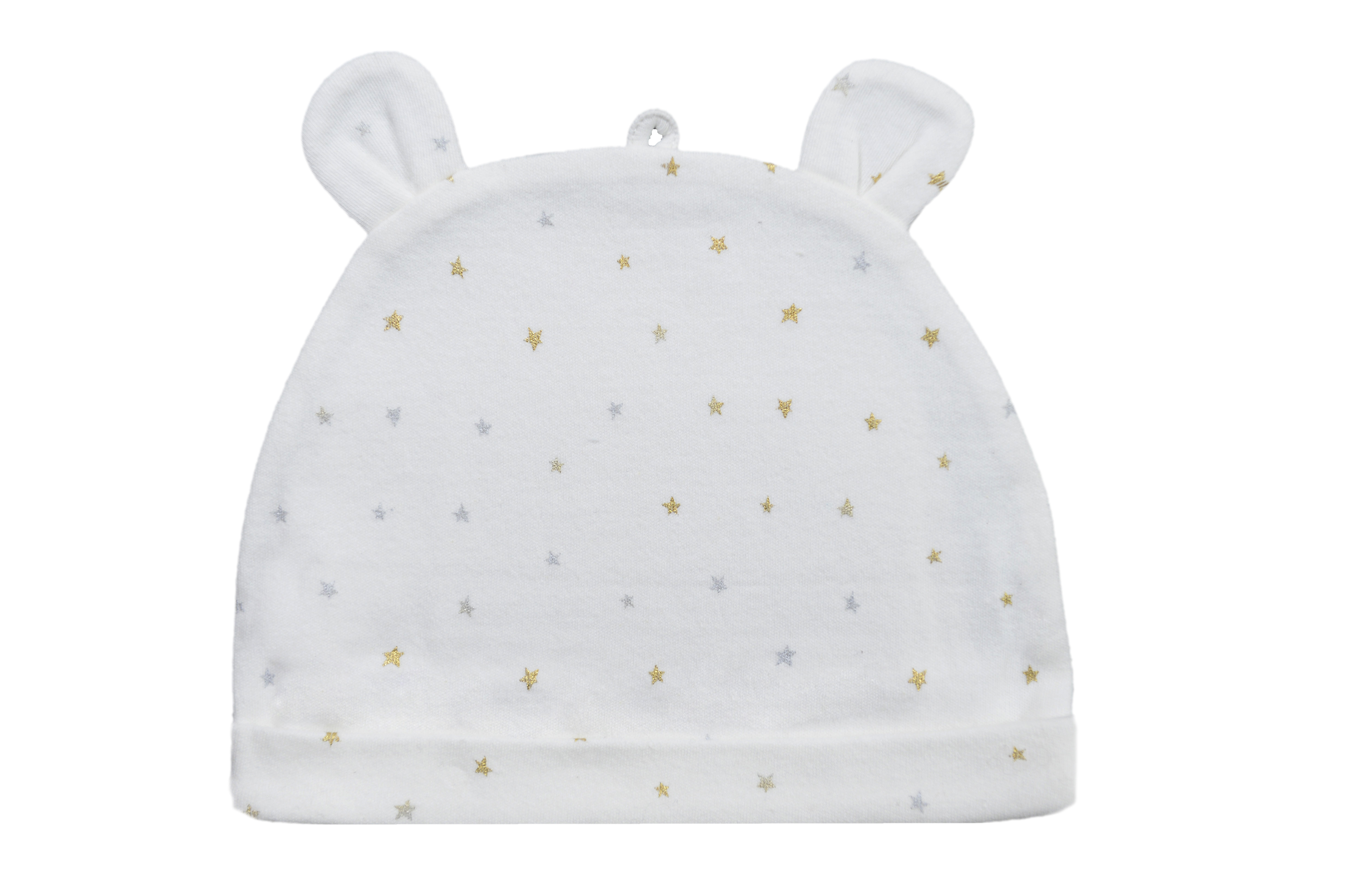 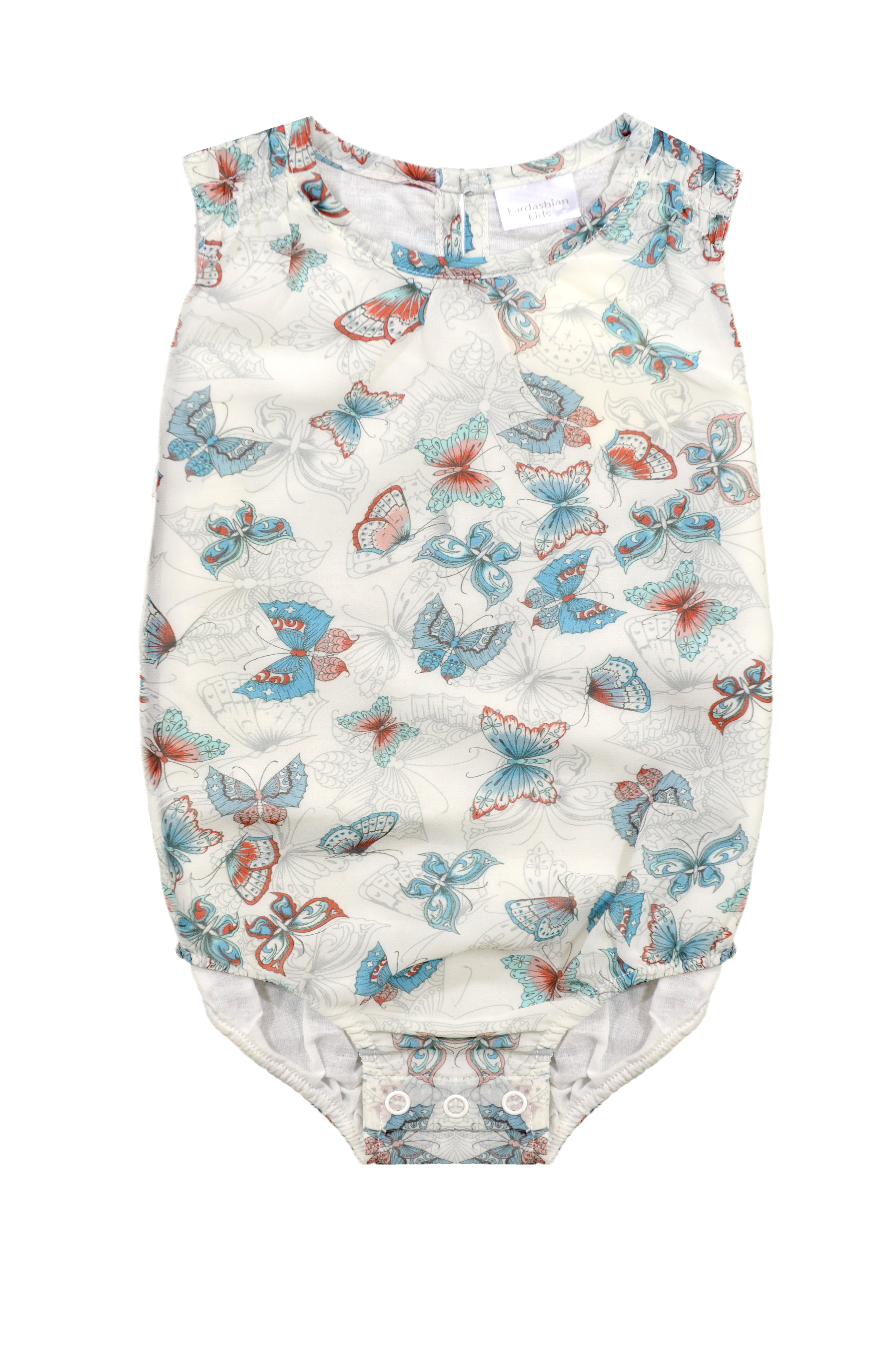