While I don’t own YEEZY anything, I can wholeheartedly say that Kanye West’s line of elevated minimalist neutrals certainly shook up the fashion world when the brand first hit the scene. Now, it seems it’s shaking things up once again: Kanye West announced that a YEEZY Gap line is in the works, and I simply did not see this coming. I mean, did you?! Did anyone?!?

Well, maybe you did if you know a little something-something about West’s background. It turns out, the fashion designer/music superstar/hubby to Kim Kardashian herself used to work at a Gap, back when he was a young Chicago teen. Pretty full circle, no?

While Gap’s basics tend to be a bit more, uh, basic than West’s, it does seem like this could be a pretty damn cool collection. “We are excited to welcome Kanye back to the Gap family as a creative visionary, building on the aesthetic and success of his YEEZY brand and together defining a next-level retail partnership,” said Mark Breitbard, Global Head of Gap Brand, in a press release regarding the news.

If you’re a true fan of the YEEZY aesthetic, rest assured that the Gap collection won’t look too different—what I mean is, this likely won’t be a “Gap churns it out and West slaps his branding on it” situation. West is the sole owner of YEEZY, and is said to be leading the creative direction of the collaboration. He’ll be approving all the womenswear, menswear and children’s clothing that gets the YEEZY logo, so you know he’ll make it good. 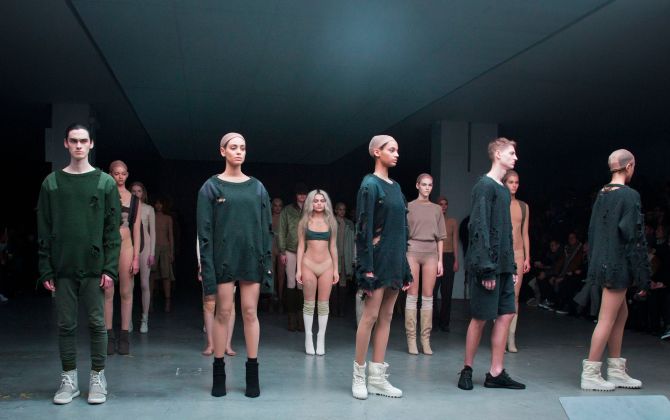 So, when can you head to your local Gap to shop YEEZY for yourself? All we know is that the line is coming to stores and the Gap website in 2021. That’s probably a good thing, anyway—2020 has been a hot mess, and I really want this collaboration to thrive. Affordable YEEZY for all sounds good to me! Now, I just wonder if I’ll run into Kim Kardashian and North West while shopping at my local Gap. Fingers crossed.